The Oxford Dictionary defines “propaganda” as “Information, especially of a biased or misleading nature, used to promote a political cause or point of view.”
Here is visual evidence of the MSM’s propaganda — a misleading, and therefore deceptive,  image of a little crying girl.
For its July 2, 2018 print issue, Time magazine has a cover of an image of President Trump as a bully towering over a tiny, crying child.

The Time cover is very deceptive because the magazine photoshopped the kid from another deceptive pic (below) of the tearful 2-year-old Honduran illegal border-crosser girl, which has become the emblematic face of fake-news MSM’s propaganda about Trump’s so-called “family separation” policy toward “undocumented immigrants”.

Both pictures are lies.

It turns out that the little girl was never separated from her mother.
The little girl’s father, Denis Javier Varela Hernandez, 32, says that his daughter was never actually separated from her mother, Sandra, 32, when the two were caught by U.S. Border Patrol, but instead are together in U.S. custody “at a family residential center in Texas.”
Hernandez said that on June 3, his wife, who had been deported from the U.S. in 2013, paid a human smuggler $6,000 to illegally enter the United States with their daughter, Yanela Denise, all against his wishes and without telling him. (Breitbart and Daily Mail).
There is no deliberate Trump “policy” to separate the families of illegal border-crossers.
What the jackals of the Mainstream Media call “separation of families” is actually the Trump administration enacting a measure that flowed from the  Clinton-era Flores vs. Reno Supreme Court decision allowing unaccompanied illegal border-crossing minors be held “in the least restrictive setting appropriate to the minor’s age and special needs.”
By federal law, illegal border-crossers must be incarcerated, instead of set free as the lawless Obama administration did. If an illegal border-crosser has an accompanying child, instead of imprisoning the child, the Trump administration houses the child in another facility — not a prison — where these children are fed, clothed and cared for — at a cost to taxpayers of more than $1 billion a year. (USA Today)
The alternative is to jail the children with the adults.

Does anyone know if it’s true that the mother of this child paid a coyote $6,000 to take the two of them from Honduras to the border?

I’ve read that, too. Gonna be hard to prove unless mom fesses up to paying a trafficker.

If someone can “keep eyes on ’em” for a while,see if they go to a Bank;if they DO,they’ll start living a bit “higher on the hog” shortly-THAT would prove it.

The father I think is the one who said it. I suspect that he would know since it probably was his money and his own kid, too.

[…] Update:  Also see Fellowship of the Minds: Proof that the msms’s news on Trump’s “family separation&… […]

Trump was right, as usual: 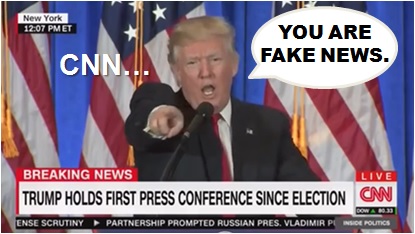 True George . . . Amen to that! The greatest problem is that we have some folks who cannot tell “propaganda” from the “God’s Honest Truth!”

The father also said that the mother did not tell their other three children that she was leaving Honduras. This was confirmed by Honduran Deputy Foreign Minister Nelly Jerez that what the father told Reuters was correct.

Dan “fake but accurate” Rather approved.

Reblogged this on kommonsentsjane and commented: Reblogged on kommonsentsjane/blogkommonsents. The way that the Democrats are reacting to each manufactured crisis in the U.S. is concerning especially how adamant they are for the border to be open. Rumors are that the democrats have been paid off by the cartel to let the drugs continue to run free rein thru the border as they were during the Obama administration. They all get so bent out of joint that I am afraid they are all hooked on drugs. They are acting like it with their out bursts. Something is going on here. The… Read more »

The MSM has been the propoganda arm of the Demorats since the 60s. Anyone here remember the “Selling of the Pentagon?”

We should ask ourselves what are they really up to while diverting our attention with this. It reminds me of “babies in incubators” that had everyone up in arms. It’s always about the children and then boom, off to war they go. Is it Russia this time? If so, Russia is prepared. Ann Corcoran of Refugee Resettlement Watch has this to say about the latest charade on parade: ~But, some things bore me! One, is this issue of the mostly unaccompanied alien children. I wrote extensively about the subject during the Obama years (2014 and 2015 were particularly critical years)… Read more »

2015: “Refugee Resettlement: The Lucrative Business of Serving Immigrants” “There is even a “Rainbow Welcome Initiative” that funds a nonprofit contractor (Heartland Alliance International, LLC) to meet the special needs of lesbian, gay, bisexual, and transgendered (LGBT) refugees and asylees. Government funds 87 percent of the $10 million nonprofit. Primary funding for the VOLAGs comes from the federal and state governments. But many secondary immigrant/refugee advocacy and assistance organizations are supported by wealthy state and national foundations whose assets total tens, if not hundreds, of billions of dollars….Below is a sampling of noteworthy radical-Left foundations supporting the immigrant/refugee effort. [Listing… Read more »

Another “group” that “serves” ILLEGALS >> Your friendly neighborhood FARMER! Comment seen the other day at CTH: Lindenlee wrote 6/21/18: […] One more thing… Here in FL, I spoke with the Farm Bureau’s head of political advocacy, and he clearly told me that the farmers didn’t want the H1B or other LEGAL migrant worker visas, because the process was too long, unreliable, and they could never be assured of getting enough workers on time for the harvest. I can understand that, BUT… Being a veteran of many campaigns and political activism, I asked him if we could find a way… Read more »

Has anyone ever wondered why the “dual-citizen” jews living inside America are so concerned about importing those from outside our country into America? It’s not because the anti-Christ jews just like to tell their sob stories, although they do like to do that, too, while intoning as if they are the ultimate moralists. It almost seems that jewry has agenda’s which are very similar to that of America’s “own” media and MSM. “10 rabbis are visiting separated families on the border” “NEW YORK (JTA) — A group of 10 rabbis has traveled to Texas to examine detention facilities for separated… Read more »

Israel, however, closes its doors to “migrants” and “refugees,” but not a peep from our MSM.

What a monster, that big mean ol’ nasty grandpa Trump (with nine grandchildren)! Oh how he loathes those little toddlers! Can’t you tell?! Into the cages, you little munchkins! (/s!!!)
https://www.youtube.com/watch?v=RmDqb41KpqQ

Seriously, though, thanks for exposing the despicable “emotional fraud” of the “doctored” crying-little-girl photos. I wonder “What’s Really Going On”? __Surely, TIME knew they would get caught with so many independent “photo sleuths” & “fake news”-detectives on the internet these days. __MSM+Govt. have been faking photos & film since the 1969 Moon Landing (& with fake Hollywood movies 50 years before that). __Their sloppiness & easily verifiable photo-hoax is similar to the sloppy “work” they do in the shootings-hoaxes. __I never knew how widespread/bad it was until the 7/22/2011 Norway “Massacre” when I discovered Clues Forum & their “army” of… Read more »

Regarding the “50 years later” tactic: Any malfeasance can be blamed on “It was bad back THEN,” and followed up with, “Things are SOOOO much better now,” and people actually BUY it!
It reminds me of all the people who acknowledge that the public schools are terrible, but with the caveat, “Thankfully MINE is good!” ?

Another dreaded story but with humorous description for a good chuckle: “Unaccompanied children with shaving kits”:
https://twitter.com/jenn_mallory/status/1010870020044410880?p=v

I suggest the book ‘Weapons of Mass Migration: Forced Displacement as an Instrument of Coercion ‘ by Kelly Greenhill – It’s very informative, here is the free pdf https://calhoun.nps.edu/bitstream/handle/10945/11515/SI_V9_I1_2010_Greenhill_116.pdf

Not to mention (though an image, not workable links):

I’m so tired with the bs and illegals, these people bring no papers to identify who and where they are coming from, since there is no proof of identity they HAVE TO GO BACK. Let’s cut the crap and GET THEM OUT OF HERE!

Interesting how the psalmists were often denouncing evil people because of their relentless lying. We see this played out in front of us with the entire MSM in a position of constant deception.

I call it purposeful manipulation.

This is a massive distraction. Here we are, potentially tottering in the edge of WWIII (this year’s Bilderberg attendees is evidence of this), and TPTB are pushing the “What about the CHILDREN?!?” agenda? They seem to have stock distractions, including: • Serial Killers • School Shooters • Pandemics (SARS, swine flu, antibiotic-resistant TB, Hepatitis, Zika, Ebola, etc.) • “Mountains Out of Molehills” (North Korea, select internet hacks, pandemics, etc.) • Isis/Hezbolla/Muslish gang of the month • Russian hacking • Manufactured “Crises” (legal and illegal drugs, economic, housing shortage, homelessness, illegal immigration, education, lions, tigers, and bears, oh my!) • Antifa,… Read more »