From NY Post: The principal at a progressive Manhattan private school told parents in an email last week that the Trump presidency was more troubling than Vietnam, the assassination of Martin Luther King Jr., the September 11 attacks and Watergate, The Post has learned.
Steve Nelson’s scorching missive managed to roil several parents at the $46,000 per year Calhoun School – no small feat considering the Upper West Side bastion’s blaring liberal bent. “It was inappropriate, it was offensive, it was condescending,” said one parent. “This is a liberal school. So I guess that’s the approach. But this was too much. To compare this to 9-11 – I think that’s just too much.”
Nelson emailed a series of anguished ruminations on Donald Trump’s ascent to Calhoun parents, simultaneously calling for non-partisanship while skewering the billionaire’s policies.
In a message sent last week, Nelson, who also teaches journalism at the pre-K through 12 campus, noted his intimate familiarity with several recent catastrophes – including 9-11. “I watched soot-covered New Yorkers grimly trudging north on West End Avenue on September 11, 2001,” Nelson wrote. “I am more troubled now.”
Elsewhere in the lengthy missive, Nelson acknowledged the theoretical need to avoid political bias in a school environment. “One in my position must be scrupulous in avoiding partisanship,” he said. But he later asserted in the same message that “there are matters that transcend political diversity.”
“The ways in which equity and equality are now threatened are deeply troubling, including the constitutionally suspect and arguably discriminatory efforts to restrict or prohibit immigration based on religion and/or ethnicity,” he wrote.
Another parent told The Post Wednesday that she wasn’t a Trump zealot but was still made uncomfortable by the outward display of political allegiance. “I just think this went too far,” she said. “I understand that this is a progressive school, but at a certain point you have to have some restraint.”
Nelson, who has been at the school for two decades and plans to retire this year, staunchly stood by his actions Wednesday. “I’ve been at the school for 19 years and there was not a message that got a more positive response than this one,” he said. “If this upset a few people I understand. But you can’t make everyone happy all the time.”
“I not only stand by the statement but I wouldn’t mind it being published in full,” he said. “One aspect of a progressive school is that we’re open to dissent and dialogue about everything,” he said. “I would discuss this with the families if they chose to come in and chat with me.”
But a parent speculated that failing to denounce Trump with sufficient vigor would lead to immediate leper status in key Calhoun social circles. “Are you kidding me?” she said. “Here? You wouldn’t be able to show your face.”
Students at the West End Ave. school – which counts actor Ben Stiller and comedian Jordan Peele as graduates – eagerly backed their principal.
“You do know we go to a progressive school?” one male student, 16, told a reporter Wednesday. “They want kids informed on issues like executives orders. The day after the election we had an emergency assembly to talk about our feelings and what happened. Like in history class we talk about how the world was in the 1930s then and compare it to Trump. Similar economics and racial issues as in the 1930s.”
“My history teacher always finds a way to connect everything to Trump,” said a 15-year-old female student. “He will talk about ancient leaders destroying an empire then mentions Trump.”
“There are discussions between students, I mean we go to a pretty progressive school,” said a male student. “We are all in an agreement we don’t like Trump.”
Founded in 1896, Calhoun has an enrollment of 730 kids and prides itself on tackling thorny issues like racism head on. As part of a 2012 initiative called “Deconstructing Racism,” the school commissioned a documentary entitled “I’m Not Racist…Am I?”
A Calhoun parent said she was surprised by the objections to Nelson’s approach. “You know what you’re getting here,” she said. “And we’re proud of that.”
DCG
Please follow and like us:

@SteveNelson, you sorry excuse of a school principal:
Name anyone Donald Trump killed or had murdered. Just one. I dare you, you POS.
Calhoun School’s
(1) Facebook: https://www.facebook.com/calhounschool
(2) Twitter: @calhounschool

Oh-GREAT! NOW we have the Liberal Crud moving into the PRIVATE Schools,where once we could select a School that would teach our kids something of VALUE. At LEAST the Parents can stir up enough uproar to get this jackass fired and banned from anything Education related.

Anything which uses “progressive” as a descriptive has no restraint asserting that ideology, decency and common sense be damned!

More dangerous than 9/11? Maybe to the union pigs at our public schools! 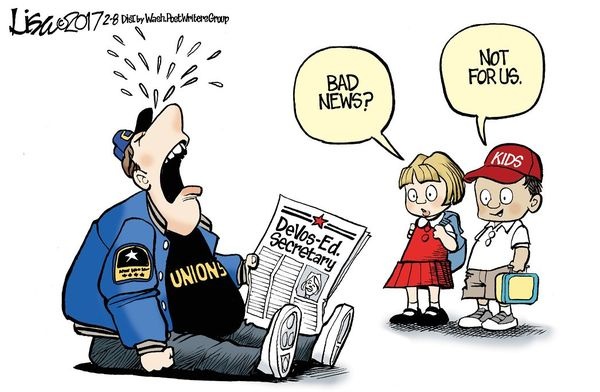 Reblogged this on necltr and commented:
Here is a posting that should motivate parents with school age children to save $46,000 a year and the mental potential of their offspring by home schooling. Win-win! Yay team of smartened up!

Go ahead and retire early, Stevo. Unfortunately, the next principal will probably be even worse.

He just proved the point that politics has no business in schools unless you are taking a college course.
This is brain washing. These kids will never be able to think for themselves, as those in charge want.
They are producing little clones, ” we are all in agreement we don’t like Trump.” But ask for an explanation and they are unable.

BTW this POS needs to be shown the door….now.

I hope the America-hating commie-libs are losing a lot of sleep these days. 😀

I thought this comment of his was pretty funny: “One aspect of a progressive school is that we’re open to dissent and dialogue about everything,” he said,
YEAH RIGHT.
As long as it’s dissent the way THEY see it, and you can forget about getting any good grades if you dare challenge their status quo.
Those parents and kids are getting ripped off big time. Why not just move the whole school to China, if they love communism/socialism so much?

Talk to most in academia and you’re immediately left with the impression that you were talking to someone in wonderland. The catippillar is far more balanced than the usual suspects found pontificating in the classroom. Perhaps its the only way someone with such an IQ can find satisfaction is talking to someone 30 years or more their junior, who is ill equipped to point out the garbage they are spewing. Education started to collapse in the 70s. Its beeen rushing headlong for a crash for decades. Look at today’s college students and you’ll be amazed at the toxic combination of… Read more »

We should make college free. That way you’ll really get what you paid for.

More troubling indeed, to people like him. Trump was elected specifically to deal with this man and others of his ilk, who have been perverting our nation for a long time. He should be scared. This is not a threat, but an observation.

I would think that if this man, being educated enough to be the principal of a prestigious private school, could read. “discriminatory efforts to restrict or prohibit immigration based on religion and/or ethnicity,” he wrote” If he could read he would know that the ban was not permanent not was it about religion or race. It would have slowed down immigrants from these countries, where most of the terrorist have come from, until a better way of vetting them could be instituted!

Let him stay. He is a perfect fit for the coastal elite he represents. He’s pathetic, but he is certainly a perfect match for his students and their families.