Via Yahoo: The American Civil Liberties Union and Planned Parenthood of Indiana and Kentucky are suing the state of Indiana, saying an abortion restriction recently signed into law by Indiana Gov. Mike Pence is unconstitutional.
The restriction bans abortions sought because of genetic abnormalities and mandates an aborted fetus be buried or cremated. It is set to go into effect July 1. The lawsuit was filed Thursday. The restriction makes Indiana’s abortion law among the most stringent in the nation. North Dakota is the only other state with a similar law.
The president of Indiana Right to Life says Planned Parenthood of Indiana and Kentucky filed a federal lawsuit against the state’s new abortion law because it wants to protect its business. Mike Fichter said in a statement that Planned Parenthood has $2 million a year in abortion revenue in Indiana and opposes “any common sense law that protects women and children” because it wants to protect its “lucrative abortion business.”
Fichter says the new law protects fetuses targeted for abortion because of gender, race or a potential disability and calls for respectful disposal of aborted remains.

Planned Parenthood of Indiana and Kentucky says Indiana’s new abortion law shows that the state does not respect women nor trust they can make their own medical decisions. Betty Cockrum is the president and CEO of Planned Parenthood of Indiana and Kentucky. She spoke at a news conference Thursday just hours after the organization filed a lawsuit with the American Civil Liberties Union against the state.
Cockrum also responded to criticism from anti-abortion group Indiana Right to Life, saying she has not seen the organization step up and help families who need care after a pregnancy.

Indiana Gov. Mike Pence’s office says it has confidence that the state’s new abortion law is constitutional despite a court challenge from the American Civil Liberties Union and Planned Parenthood of Indiana and Kentucky.
Pence’s deputy press secretary, Stephanie Hodgin, said Thursday in an emailed statement that Pence will work with the Office of the Attorney General to defend the law. The state Attorney General’s office issued a statement saying that any law passed by the Legislature and the governor is presumed constitutional until a court decides otherwise.
DCG
Please follow and like us:

Amazing that they can bring the “Constitution” into the dispute. There just is nothing there that any sane person could interpret as granting the right to abortion. I do see in the preamble however, that it is meant to “secure the blessings of liberty to ourselves and our “POSTERITY”. Posterity I believe does mean the children yet to come; the ones not yet born. No where do I see it say; except for the posterity no one wants. Just where does this notion of a woman’s right to abort (KILL) a child simply because it thrives within her body come… Read more »

Kevin . . . in all honesty, I believe the notion of killing these unborn children just because they are “unwanted” comes from Lucifer, that Demon of Old. He and his minions have been very busy teaching young people that they are not killing a human being, they are just getting rid of some nebulous tissue. For Heaven’s Sake . . . the time to practice “birth control” is before you do “the deed” not “after your conceive.”

As much as I truly abhor the murder of innocents, perhaps it’s best they continue. Why bring these children into this world, only to be mistreated or trained to follow in their sadistic parents’ footsteps.
Any “conscious” Christian wouldn’t even contemplate such a thing unless the mother was in danger, the child was not viable or the pregnancy was the result of a rape or incest.
Like mozlems killing mozlems, so be it!

Hadenoughalready . . . on the surface, that argument might seem plausible. However, our whole nation is held accountable for the sins of this generation. I would rather not have the murder of innocents be accountable to me, either due to my actions, or my inaction. The murder of innocent babies is not Eternally acceptable, unless the life of the mother is at stake, or there is some other extreme circumstances.

I would love that we had the means to stop these idiots in their tracks but, as none of us have that power or influence, it’s best they kill themselves then our having to contend with them in 10 or 15 years when their capacity to do harm to others grows unstoppable. 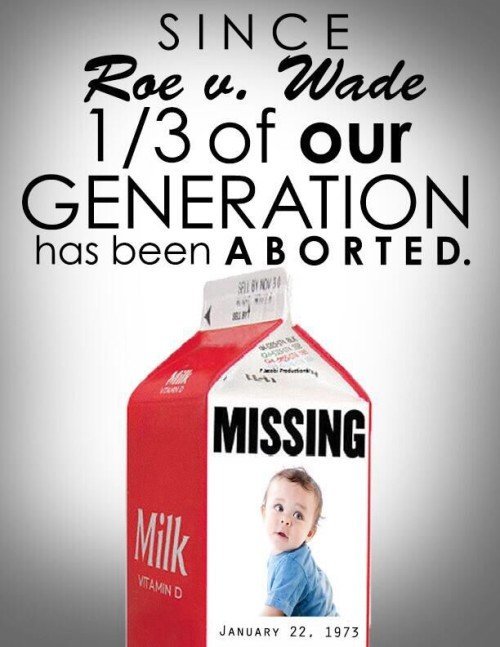 If landlords cannot use criminal records to ban tenants from renting properties because minorities disproportionately have criminal records, then it seems that abortion should be banned in some instances because abortion seems to have a disparate impact on minority populations.

If Planned Parenthood existed in 1940’s Germany, they would have all faced charges of genocide and been tried along with Dr. Mengele for war crimes.
Today, they’re treated like they’re the best thing since electricity. WTF!