Perpetual blame game: Clinton suggests Bernie Sanders resorted to "innuendo and impugning my character" to gain ground in the primary

Must suck to be so bitter.
From Daily Mail: Hillary Clinton‘s frustrations with Bernie Sanders spill out onto the pages of her forthcoming book, What Happened, as she gripes about his campaign tactics and the fact that he was never truly a Democrat.
‘Because we agreed on so much, Bernie couldn’t make an argument against me in this area on policy, so he had to resort to innuendo and impugning my character,’ Clinton writes, according to a page tweeted out by journalist and CauseWired founder Tom Watson.
The Vermont senator, Clinton charged, laid the foundation for Donald Trump‘s ‘Crooked Hillary’ charge against her, and didn’t have the future of the Democratic Party in mind during his run.
‘Some of his supporters, the so-called Bernie Bros, took to harassing my supporters online. It got ugly and more than a little sexist,’ Clinton recalled.
During the primary, Sanders would often hint that Clinton was corrupt because of financial donations she took from Wall Street and other large companies. ‘When I finally challenged Bernie during a debate to name a single time I changed a position or a vote because of a financial contribution he couldn’t come up with anything,’ Clinton noted.
‘Nonetheless, his attacks caused lasting damage, making it harder to unify progressives in the general election and paving the way for Trump’s “Crooked Hillary” campaign,’ she said.
Clinton wondered aloud if Sanders even cared, as he considered himself a Democratic Socialist, and not a Democrat, and thought about running for president as an independent.
‘I don’t know if that bothered Bernie or not,’ she said. ‘He certainly shared my horror at the thought of Donald Trump becoming president, and I appreciated that he campaigned for me in the general election.’
‘But he isn’t a Democrat – that’s not a smear, that’s what he says,’ Clinton continued.’
‘He didn’t get into the race to make sure a Democrat won the White House, he got in to disrupt the Democratic Party,’ she noted.
Clinton said Sanders was right that the Democratic Party needed to pay more attention to working families.  And she also pointed out that there’s a ‘danger’ in spending too much time fundraising, though blamed it on the country’s ‘insane campaign finance system.’
Clinton also gave credit to Sanders for bringing a lot of young people into the political process.
‘But I think he was fundamentally wrong about the Democratic Party – the party that brought us Social Security under Roosevelt; Medicare and Medicaid under Johnson; peace between Israel and Egypt under Carter; broad-based prosperity and a balanced budget under Clinton; and rescued the auto industry, passed health care reform and imposed tough new rules on Wall Street under Obama,’ Clinton noted.
‘I am proud to be a Democrat and I wish Bernie were, too,’ Clinton said.
Read the rest of the story here.
DCG
Please follow and like us:

Memo to the whiny Hillary Clinton:
This is the reason why you lost –

Reblogged this on necltr and commented:
It was not just Bernie; remember, the Russians helped him.

How can you impugn something that doesn’t exist?

“Innuendos and character impunging” are what campaigns are all about, Hillary, you Klownish Koughing Kween!
Methinks the Lady doth protesteth too much! Fie!

Not possible, the psychopath and murderer, never had an iota to begin with 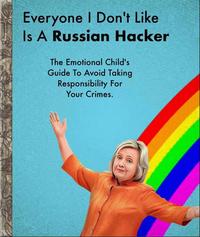 Hillary:
Get a shatterproof mirror and look right at who’s to blame for your loss!

Great! Let them eat each other.

Can you picture this woman in her old age. That’s a mouth and half of teeth?

With her on a farm, who needs a combine…? 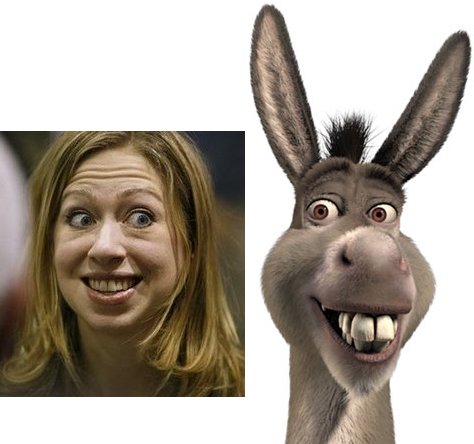 To have ones character impuned, one must first have character.

Here is what happened: Bernie Sanders is an old kurmudgeon out of a Victorian Dicken’s novel, and Hillary is a character straight out of mid-century Animal Farm. Neither made contact with today’s voters or the electoral college. They LOST.

DAMN-I hope she doesn’t blame ME for her being a LOSER!!

Give that sore loser enough time, and she’ll blame you too! HA HA HA HA.

She’s got your number. I wouldn’t fly in any small planes if I were you:

We are forever grateful and they should thank Mustafa Obama for losing to PRESIDENT DONALD J. TRUMP. Killary, let go, it is old!

HIllary forgets that if it weren’t for those who rigged the votes, she’d have felt the Bern!!

And Trump STILL would have won….

Birds of a feather flock together. 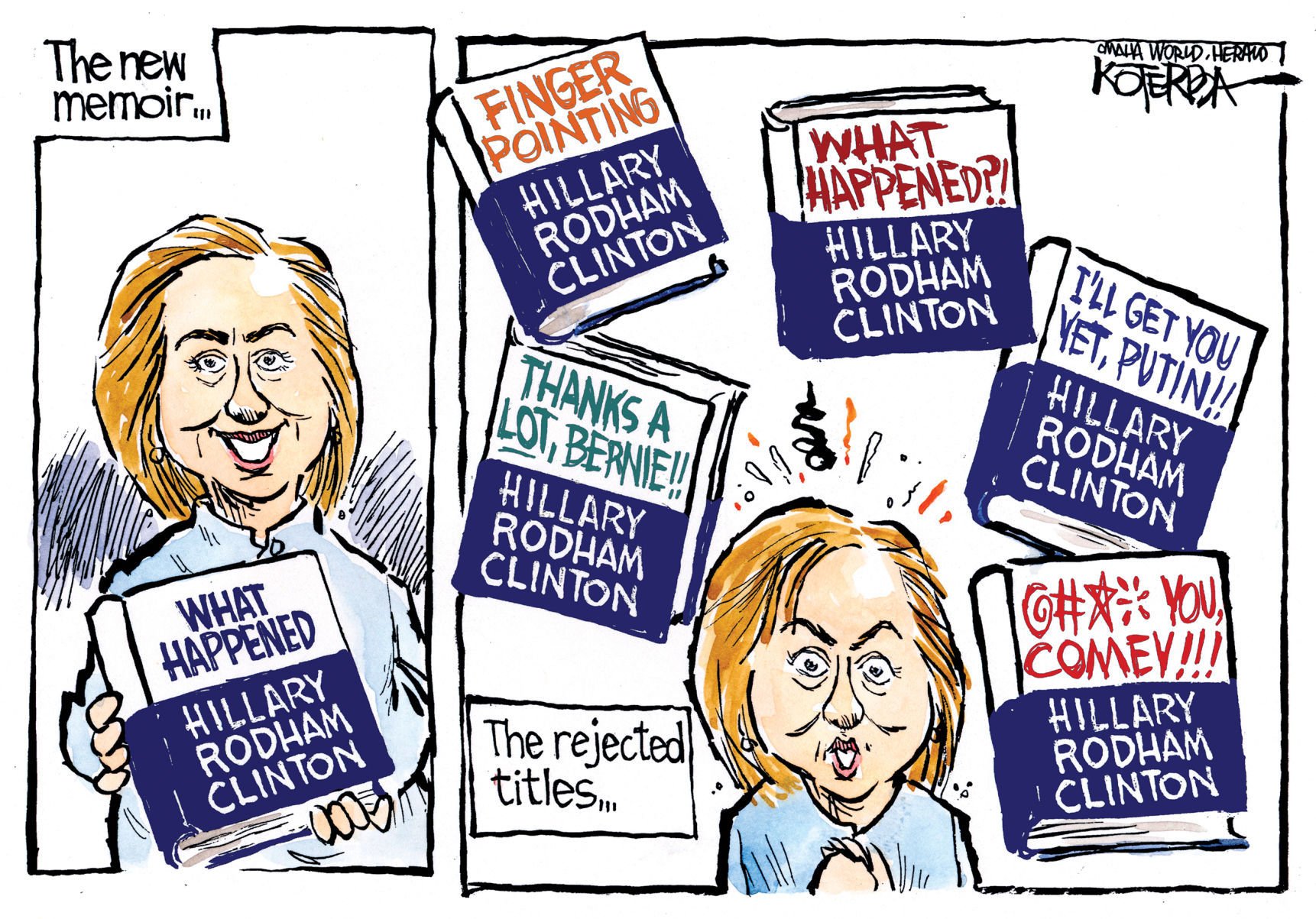