Interesting that Sanders’s supporters can’t define socialism, yet they sound like Bernie’s gonna make everything free and every one equal.

From Cosmopolitan:
Ada Vargas, 23: About a month ago, the day after I became a U.S. citizen, I got a Bernie Sanders tattoo. I have yet to discover a person with so much integrity and so much honesty that I really wish to embody forever. I actually quit my job to work with a group called the Bushwick Berners — a pro-Bernie group in Brooklyn — full-time because I was going to work, and doing Bernie stuff in the afternoons and evenings, and it was not enough time to give to something that I believe in so much.
Kevin Harrington, 65: Bernie is the best candidate. I care about distribution of wealth, single-payer medical [insurance], and kids being able to go to college without being in debt the rest of their lives.
Katie Emerson, 29: He’s maybe the most honest politician that I have ever encountered in my lifetime. And I don’t think there’s anybody better to run our country. I care about equal rights; I support his college education plans, making the wealthy pay their fair share of taxes.
Elena Clemente, 18: I really like Bernie’s college plan because I just went through the whole process. It’s so awful. My parents are working tons of jobs and I’m working to try to make it work, and I really think it should be free.
Belle Savransky, 31: We’re donating all of the money we’re raising [with the lemonade stand] to the Sanders campaign. We’re trying to bring our kids into it to teach them about giving. I love Bernie — I can’t even put it into words. I like his policies on health care, minimum wage, student loans. He’ll be able to level the playing field so that wherever you come from, you can have a fantastically wonderful, happy, productive life.
See the whole article here (bonus pictures of the supporters).
DCG

I taught at Bushwick High School, located at the intersection of Irving Avenue and Palmetto Street, Brooklyn, from September, 1985 to January, 1991. We need to remember that the New York City Blackout of August 22-23, 1977 was a pivotal event for the entire area: Massive looting and fires occurred during the first hours of that blackout, thousands of families, already economically borderline, were plunged into poverty, and hundreds, if not thousands, of business owners were plunged into poverty and wiped out. The situation of the area, in Brooklyn right on the Queens County border, was so bad and prolonged… Read more »

I know a Ph.D. in philosophy who believes Bernie’s drivel. So it isn’t surprising to find that so many with far fewer Alpha waves are hanging onto Bernie’s every word. But to quit one’s job to follow Guru Bernie? Sounds more like a cult than a political campaign.

A relative of mine who is in his first year of college explained it the same way. Free stuff, especially free college. Even the dumbest level of math skills blows a hole through Bernie’s claim.

I am shocked and dismayed that so many, many individuals are looking at our life in the USA through the lens of rose coloreds glasses. After we have pilfered all the money from those who do work and succeed . . . when who will you look to to for proving the money for all the free goodies . . . ? Maybe this is the sad effect of the chem trails that have been inundating us for years, somehow, some way, the critical thinking of a great deal of people is just gone . . . as in vanished.… Read more » 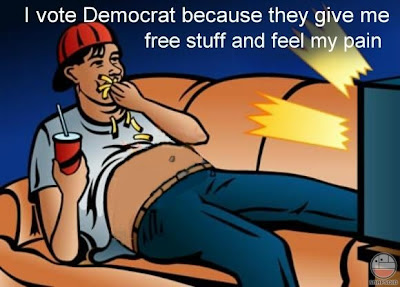 Whether college should be free is certainly debatable, but if other countries can do so, why is this beyond the ability of the USA to do likewise. Also any thoughts on why high school should be free?

The countries that offer free college aren’t necessarily in the financial shape to do so. The USA certainly is in no financial shape to do so either.
Pre-K through high school is mandated in most state constitutions to be free and a required condition/compulsory. That is usually funded through property owners and the feds, grants, etc. I’m not inclined to say a basic education should be privatized. I do know that if the government wasn’t involved, we wouldn’t be wasting as much of our taxpayer money on education as we do now (thanks to bureaucracy and politics).

There is no such thing as ‘free.’
Somewhere, somehow, somebody is being forced – at the point of a gun, to pay for it.
-Dave

Why left/liberals like gun control… only their trusted cronies with a vested interest in a steady supply of Free Stuff should have gun according to them:

It is marvelous how people who have never, or hardly ever worked, want equal distribution of wealth. I have worked hard for everything I have and will not give up a cent to left wing bludgers.

Obviously, none of the above have studied Bernie’s record all the way back. What a person to hold as an idol. A good for nothing draft dodger, that was content to let his fellow students serve their country during war. That was a protester that was arrested and lived off his parents and the government until age 40.
And surely none of them have studied socialism and the effects to others and what communism really is.
We are doomed.