Wow, he gets to enjoy the holidays with his family. Such a serious punishment. Wretched hacks.
From MSN: ABC News has announced that Brian Ross would be suspended for four weeks without pay “effective immediately.”
“It is vital we get the story right and retain the trust we have built with our audience – these are our core principles. We fell far short of that yesterday,” the network said in a statement on Saturday. “Effective immediately, Brian Ross will be suspended for four weeks without pay.”
Ross came under considerable fire on Friday after he erroneously reported on live television that then-candidate Donald Trump had instructed Michael Flynn to make contact with the Russians. In a correction seven hours later, the channel admitted that it was “President-elect” Trump who had made the request of Flynn — a pretty significant difference.
ABC issued a correction on Twitter and also updated their original article.
ABC has sustained withering criticism from all corners of the internet since the error first became known Friday.
“We deeply regret and apologize for the serious error we made yesterday,” the network continued in its latest statement. “The reporting conveyed by Brian Ross during the special report had not been fully vetted through our editorial standards process.  As a result of our continued reporting over the next several hours ultimately we determined the information was wrong and we corrected the mistake on air and online,” it concluded.
It’s not the first time Ross has come under fire for playing fast and loose with the facts, either. In 2012, he falsely suggested that the Aurora shooter Jim Holmes had been a member of the Colorado Tea Party — he was not.
DCG

The problem is many that want to believe the fake report will discount the truth. He should have been fired.

Brian Ross’s lie got a lot of publicity, and was repeated and widely disseminated. But ABC’s retraction of Ross’s lie and “suspension” of Ross is less known. Shame on ABC!

I read that he was already scheduled to be off during this time, so the only punishment might be the “without pay” part. If they were serious, they would fire the jerk.

I wonder if he’s paying for the loss of pay by selling stock just before his statement and then buying it back again 30 minutes later.

Somehow I heard the original FAKENEWS probably on CBS network ALL LIES-TV; but the retraction not so much. It was muted and under reported.
You try to get traffic and weather and they slip in the propaganda.
By admitting they did not adequately verify the report before broadcasting it, didn’t ABC violate the law?
They ought to get heavily fined and publicly humiliated and Ross should be fired.

MeThePeople . . . . I’m with you on . . .”They ought to get heavily fined and publicly humiliated and Ross should be fired.” Until such time as their pocket book takes a hit, they will never learn. Since Ross has had at least two bites at the apple . . . kick his sorry keester to the curb.

Amazing the difference that one misplaced, or replaced, word can make in the overall perception.

“had not been fully vetted through our editorial standards process.”
What standards? ABC has no standards!

As was just pointed out, there needs to be a consensus regarding editorial standards, and a lower threshold for slander and libel.
They keep slinging the bullcrap and seeing what sticks.
Somehow NYT vs Sullivan has legitimized FAKENEWS.

Yet when Trump declared during his campaign that he’d hold the MSM to higher standards, and demand they actually prove their sources (which apparently are no longer vigorously vetted before running with a juicy story), the MSM went crazy, saying Trump was threatening to censor the press, to deny the 1st Amendment. As if it gives them the right to publish outright lies. As for “seeing what sticks”, the MSM is pimping itself to a public that already has its mind set, and is too lazy to read the news (or view on CSpan or elsewhere) to actually check the… Read more »

This just bolsters my belief that the left-wing socialist Trump hating media will never let the truth stand in the way of a good slander of our president. ABC new very well what Ross was saying. The network is only trying to make reparations, because it got caught in a lie.

The same crap was spewed endlessly by the Sunday morning news show pundits and their guests. Stephanopoulos, Todd, and (to a slightly lesser extent) Dickerson had me ready to throw the TV out the window… as did that twit Democrat Congressman Adam Schitt, who should be prosecuted for slander for the things he said. Pure conspiratorial speculation passed off as if it were truth, and you know full well the majority watching aren’t going to see through his contrived, talking-point lies — and the whys behind them — to attack Trump and the GOP. And this from a former prosecutor… Read more »

BTW, RE: the Logan Act applying, Stephanopoulos himself said most transition teams of newly-elected Presidents talk with foreign leaders before their man actually takes office in January.

Brian Ross has a long history of shoddy sourcing, outright fabrications, and all around cringeworthy reporting…
Liberals should cringe at Brian Ross’ attacks on Mark Levin
https://www.conservativereview.com/articles/why-even-liberals-should-cringe-at-brian-ross-baseless-attacks-on-mark-levin 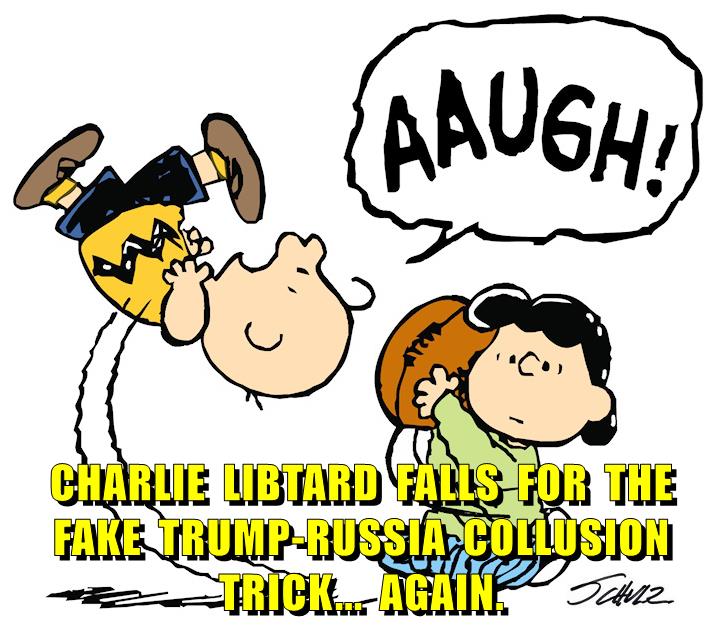 As usual for dirtbags… 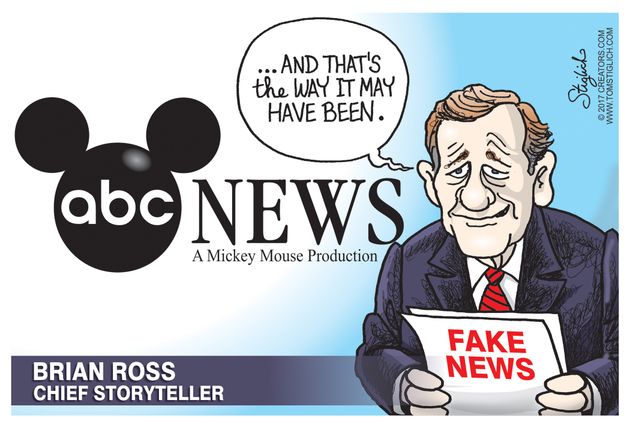 Brian Ross is a serial liar. Period. Why is he STILL in the business of “journalism?” He and Hillary should go the way of old “has-been” de-bunked reprobates.