Outrageous.
From Breitbart: Oregon lawmakers passed legislation co-sponsored by Sen. Brian Boquist (R-Dallas) that allows a judge to issue an ex parte ruling for the confiscation of an individual’s firearms.
The bill is SB 719, and it has now passed Oregon’s House and Senate. It creates an Extreme Risk Protection Order, which forces the subject of the order to hand over all firearms, as well as his concealed carry permit if he possesses one.
NRA-ILA reports:
Based on a California law enacted in 2014, SB 719A would create a so-called “Extreme Risk Protection Order” (ERPO) that could be obtained by a law enforcement officer, family member, or household member in an ex parte hearing to deprive someone of their Second Amendment rights without due process of the law.
The ex parte aspect of the law means the bill does not require the gun owner to be present for part of the hearing in which the judge decides whether guns should be taken from him.
On April 18, 2017, Breitbart News reported that Boquist was pushing this confiscation bill, and he emailed Breitbart News to suggest the bill simply puts forward a law that is popular in other gun-control states. For example, Boquist informed Breitbart News that a similar law “passed the voters in Washington by 70%.”
Boquist also told Breitbart News that SB 719 “is not confiscation.” However, the language of SB 719 is quite confiscatory. It says:
Requires court to order respondent to surrender deadly weapons and concealed handgun license within 24 hours of service of initial order, and immediately upon service of continued or renewed order. Provides for law enforcement officer serving order to request immediate surrender of deadly weapons and concealed handgun license and authorizes law enforcement officer to take possession of surrendered items.
If a requirement for “immediate surrender” of firearms and concealed carry license upon issue of an ex parte ruling is not confiscation, then what is?
The Times quoted Boquist’s defense of the confiscatory bill on the Senate floor, saying, “Everyone wants to promote this as a gun bill. It’s not.”
DCG
Please follow and like us:

“This will not stand!”

If it is unconstitutional, it’s null and should not even be submitted, let alone accepted, discussed, voted on or passed! I am sure that other than the usual meaning, RINO also means what we all think when it comes to inanity like this:
Retarded Idiots? No, Obviosuly!

Seems they want to force law enforcement and citizens into deadly confrontation.

seems this bill presumes guilt over innocence without a trial…unconstitutional on so many levels.
caliFOEnia is always the harbinger of bad legislation…I pray a recall effort is underway for boquist

How do these idiots get elected!!!?

“Everyone wants to promote this as a gun bill. It’s not.”
How does he figure THAT? It confiscates a person’s LEGALLY OWNED weapons without due process of the law. If THAT isn’t a gun bill,WHAT IS?
I want to see his proof that “other States have su8pported similar laws.”
I think he needs to READ the Second Amendment and try to find where it authorizes anyone to do that.
ANY FORM OF GUN CONTROL IS UNCONSTITUTIONAL

How does he figure that? Using liberal logic…

Yet another law of thousands more to come that leaves the door wide open for misuse and abuse by crooked Big Brother. ??

They should make this idiot Boquist be the one that knocks on the gun owner’s front door.

Nearly unbelievable & moronic. How can the public stand for this immense waste of tax funds and its Constitutional travesties?

ONE thing is that the Feds have an UNLIMITED budget to blow on Court challenges. That’s how they get away with it. How can Joe Average Citizen challenge a Constitutional violation like that without also having unlimited funds to throw into the fight? The Feds will just bury you in paperwork and delays until you run out of money-problem “solved”. I know how that game is played-a good friend of mine shoveled everything she owned into a case against a corrupt local Government;they kept getting continuances,got a change of venue that made her have to drive 600 miles each way… Read more »

Agree, truck, w/all you said, including your example of your friend. So sorry for her. What will it take to reverse these rulings? Sadly…it will take people from whom ammendment rights were “stolen” by State/Fed laws & who were killed by intruders/assaulters/etc etc…These survivors’ file cases will reach the Supreme Court one of these days….. IT USED TO BE in ALL COURTS of the USA that, if you were the complainant…it was up to you to prove your case b/c the “charged” and opposite party was presumed innocent until YOU proved your case against them….But, in these days, it seems… Read more »

She has since gone to great lengths to become SOVEREIGN-(?) I don’t know a lot about this as her explanations are hard to follow,but essentially,she’s no longer an American Citizen,she has her OWN Domain,which consists of the land she owns;she has NO Constitutional Rights,but doesn’t have to buy plates for her truck,doesn’t have to have a drivers license (she says only a Commercial Driver hauling for profit needs a Drivers License,because he or she is officially a DRIVER,otherwise they’re just operators,who don’t have to have a license to transport themselves and their own belongings down a public road. Please correct… Read more »

Not to rain on your (or her) picnic, you should do a little research on this. Look up Gordon Caul. As you pointed our with your discussion on the “Just Us” system, there’s “right” and there’s “RIGHT”. Nothing pisses them off worse than someone declaring their liberty and asserting their rights. If you look into the Malheur Reservation case in Oregon or the Bundy episode in Nevada, you get a sense of what I’m saying. All of these examples had an absolute “right” to do what they did, but the Government will crush them like bugs. Those they can’t crush… Read more »

Just to clarify a point, she will probably be OK if she isn’t noticeable. The more people listen to people like her the more in danger they are. Please take the time to research those names I provided. They were not a threat to anyone but they’re gone now.
We have a long history of executing political dissidents in plain view.

Beauty, Dave! I can rely on you to come up with the best one-liners on any topic. Keep ’em coming, brother, and pass the ammunition!

truckjunkie, your friend is what was formerly known as a founder patriot, following their oath to pledge ‘our lives, our fortunes, and our sacred honour’ for true patriot liberty. Today we can’t get people to vote, although it literally means that Congress critters are then free to do as they want: they’ve replaced George the III as the scourge of the nation! 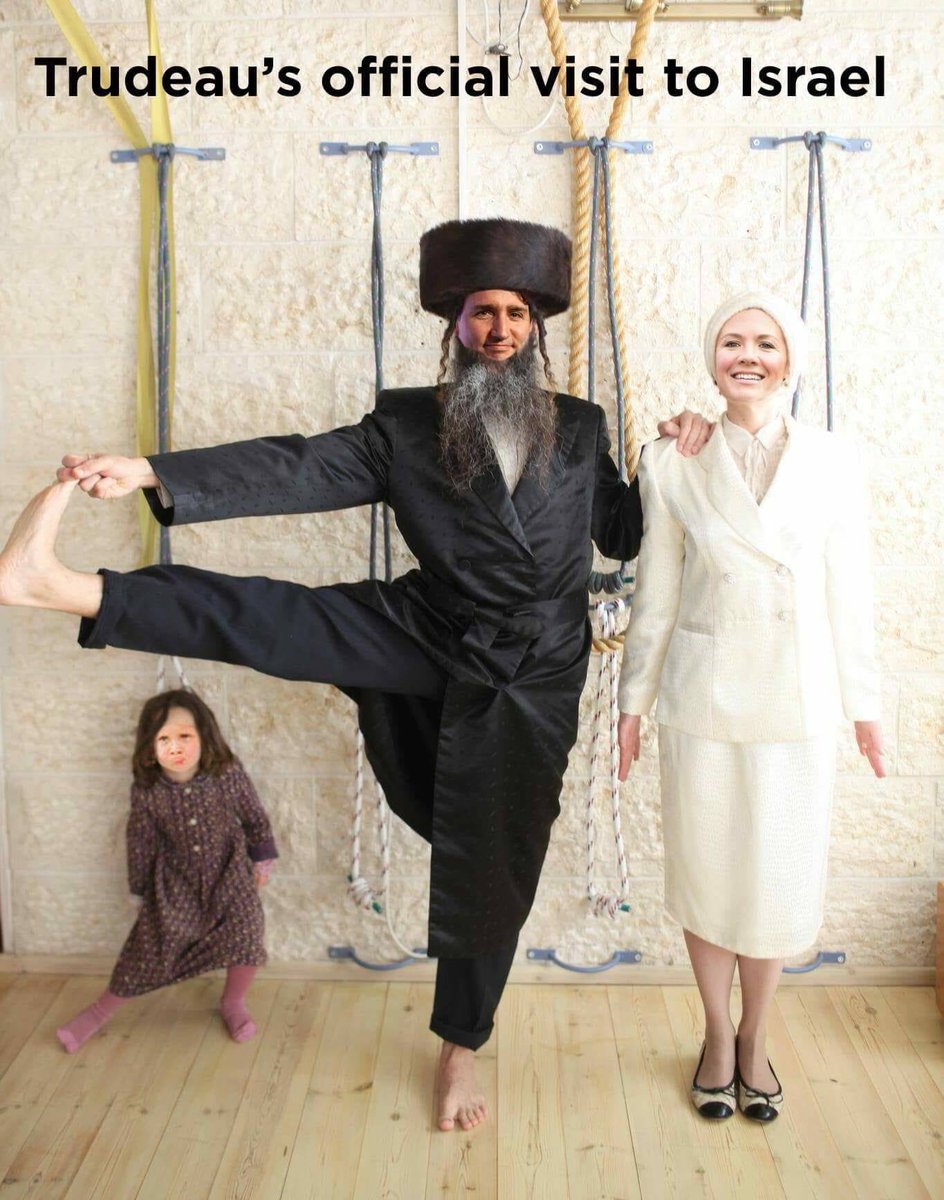 Joseph . . . . Amen and amen! It truly is a “waste of tax funds and its Constitutional travesties?” Unfortunately, we have so many brain dead folks around that they just do not see the consequences of these laws.

They have their marching orders. They will take the guns. The only questions are, how and how long. The recent Bilderberg meeting stressed states and localities refusing to adhere to federal law. A “soft coup”.
None of these globalists care one whit about the Constitution. Remember Obongo? It hasn’t been that long. He simply banned ammunition under the table. While we should certainly make them follow the law, we should realize that they prefer not to. They don’t work for us.

So far Trump has done a good job of sticking to what We the People are calling for and what’s Constitutional. Let’s hope and pray he finally drags America’s gun ownership klugefest BACK to Constitutional Standards.
ANY FORM OF GUN CONTROL IS UNCONSTITUTIONAL.

Senator Brian Boquist is a Constitution trashing freedom hater! He belongs in Iran! On top of that, he sucks bilge water!

Who paid this dirtbag to put forth this “legislation”?
I doubt he pulled this out of his rear end on his own.
Yeah, it’s not “confiscation” because you’re ordered to “surrender” and you comply. So you’ve “surrendered” your arms.
Very double-minded, slick, sneaky, lawyer-think. Hm, lawyers. What did Shakespeare say about lawyers?

This from 2003:
https://www.nydailynews.com/news/national/bill-require-knife-background-checks-article-1.1275404
Boquist was a DynCorp subcontractor — a “peacekeeper” in Africa and Haiti:
https://www.motherjones.com/politics/2003/05/soldiers-good-fortune/
But then Boquist’s son (a veteran) committed suicide and…..:
https://www.redstate.com/jenvanlaar/2017/07/03/independence-day-not-oregon-minority-report-gun-confiscation-bill-moves-along/

“Molon Labe” Wikipedia – Molon labe (Greek: μολὼν λαβέ molṑn labé), meaning “come and take [them]”, is a classical expression of defiance. According to Plutarch, Xerxes, king of Persia, demanded that the Spartans surrender their weapons and King Leonidas I responded with this phrase. It is an exemplary use of a laconic phrase. Or “And how we burned in the camps later, thinking: What would things have been like if every Security operative, when he went out at night to make an arrest, had been uncertain whether he would return alive and had to say good-bye to his family? Or… Read more »

Just a couple of questions for those who admire political parties. Not being one of those I have a hard time understanding why someone like this, who clearly doesn’t share “his party’s” stated beliefs is allowed to remain in the part? Secondy, when someone takes an oath to uphold the Constitution, why aren’t people like this charged with a crime?
Besides all that, just looking at his picture lets me know that I would dislike him. He looks like a smarmy little weasel.

Those are two excellent questions.It seems like it should be a no brainer doesn’t it? It’s like there are those that are calculatingly evil, and he rest just sleep walk through. The few that are awake are usually busy being productive and haven’t got time to fight the gov tooth and nail. Look at Sessions and the amount of time and pressure that it has taken just to get him to say he is” looking into” appointing a special council for all the misdeeds and law breaking of the DOJ and FBI while Howdy Doody actually has the audacity, the… Read more »