Oregon judge says all guns in U.S. should be dumped in ocean

From The Oregonian: As the killer stood before him, Judge Kenneth Walker couldn’t stay silent. “If I could I would take all the guns in America, put them on big barges and go dump them in the ocean,” the judge told the defendant. “Nobody would have a gun. Not police, not security, not anybody. We should eliminate all of them. We could save 33,000 people a year if we didn’t have guns in this country.”
Marcell Lee Daniel Jr. had unleashed 30 bullets during an afternoon drive-by shooting of an innocent man on a North Portland sidewalk. The man, Andrew Coggins Jr., 24, died.
The judge kept going. “Australia after a major shooting rounded up all the guns, and they haven’t had near the death that we do here in this country,” he said.
The judge was referring to tighter gun controls in Australia in response to a 1996 mass shooting by a lone gunman who killed 35. Australia responded by buying back or seizing a million existing firearms and making it more difficult to buy new ones. News reports marking the 20th anniversary of gun reforms state there have been no mass shootings — defined as 5 or more people — since.
“I just saw last night a statistic that 11,000 people in America are murdered each year and another 20,000 commit suicide with guns,” Walker said, referring to figures from the U.S. Centers for Disease Control and Prevention.
“They are a scourge of this country and no one should have one as far as I’m concerned,” he said. “There’s no defense to guns. There’s just absolutely no reason to have them. But it is a right of people in this country to own and possess them, and I will not say anything to affect that right.”
Walker, a Multnomah County Circuit Court judge for nearly 10 years and a criminal defense attorney before that for 25 years, sentenced Daniel to 17 1/2 years in prison.

The absurity of the fact that every one of the folks standing before this annointed delusional was gotten there at the end of gun seems to be lost on him. Thus, the main problem of gun control: It takes guns to accomplish it, thereby proving the utility of guns.

Anonymous
Reply to  The Grey Enigma

France… where “not anybody” (even the police) had guns at the Charlie Hebdo attack:

Sticks, knives and gravity next?

Another stupid fool that believes guns alone are the cause, rather than just one of many endless ways to fulfill evil intent.

Liberals/unbelievers believe that man is essentially good and that all we need are food, shelter, clothing, education and everything will be well. Christianity teaches that man is born evil and in need of a savior. Unsaved people are always slouching towards evil. Look at the evil that rises up in Cain just before he murders Abel: Genesis 4: 3-7: “And in process of time it came to pass, that Cain brought of the fruit of the ground an offering unto the LORD. And Abel, he also brought of the firstlings of his flock and of the fat thereof. And the… Read more »

“Liberals/unbelievers believe that man is essentially good”
…except Conservatives and Christians, who are just evil. /sarc
Liberals are experts at being contradictory. It’s just that they never seem to see their contradictions.

Liberals are the type of people that don’t believe in people owning guns UNTIL they are accosted and wished they had a gun to protect themselves or their families. A lot of them then go out and buy their first gun for protection.

The problem with “liberals” is that they just can’t apply their “beliefs” to themselves, they HAVE to tell others what to do. If they don’t want guns, fine. If they’re attacked I’ll decide if I wish to help them, or not.
If you watch them, they will do ANYTHING to impose their will on others. They think they’re smarter, and therefore, entitled to do this. They are idiots. They like having their nappy little heads patted and doing whatever their heros say.

Anyone with beliefs like that have no place on the bench. They are supposed to UPHOLD the Constitution, not replace it with their idiot ideas. 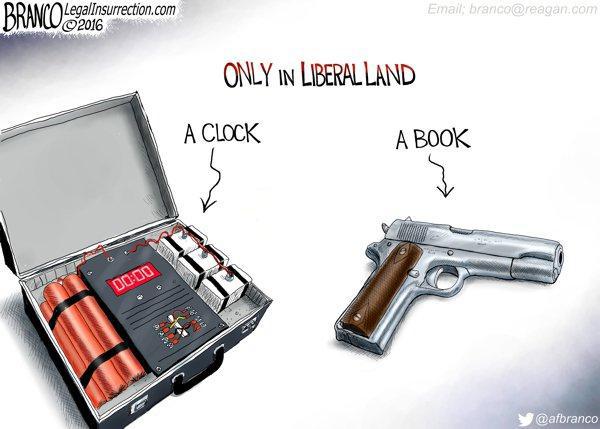 “In ancient Feudal societies all around the world, peasants & plebians were prohibited from owning weapons. When the ruling aristocrats and feudal landowners required a military force, their trusted retainers would issue arms to conscripted peasant-levies, and send them into battle as vanguards of the main force. After battle finished and the troops had looted the field, the retainers would retrieve these weapons and send the serfs back to work. Why were the commoners prohibited from possession of weapons? Simple. To prevent uprisings.”
Please see the excellent article “On Force, Control & Freedom” at the Gates of Vienna website, 28/09/2013.

On the other hand, in medieval Briton, all citizens from twelve years up were required to practice archery. That’s what happens when a government, even a monarchy, trusts its citizens. When a government disarms its citizens, it is a sign that they are the enemies of their people.

Yes, and here’s another amazing snippet from history: When a group of people are asked to raise their hands to signal assent, in a school classroom, or a town meeting, little do they know that they are imitating their Anglo-Saxon ancestors, who signalled assent at tribal gatherings by brandishing their weapons! No weapon, no vote, was the way of our ancestors.

Guns don’t kill people, people kill people.
In the Book of Genesis, when Cain murdered Abel, scripture doesn’t tell us what he killed Abel with. If someone wants to kill another person, they don’t need to use a gun: they can use a baseball bat, a rock, a club, a car, a plane or their bare hands.
Genesis 4: 8: “And Cain talked with Abel his brother: and it came to pass, when they were in the field, that Cain rose up against Abel his brother, and slew him.”

I think he used the jawbone of a Clinton…. or an early model Obama. 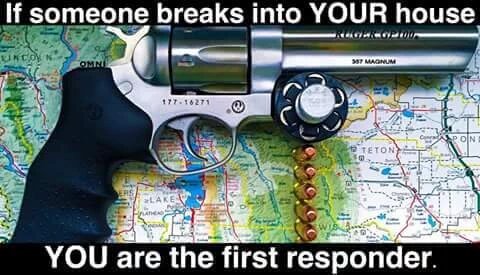 Jesus believed in the right to bear arms:
When a strong man ARMED keepeth his palace, his goods are in peace: Luke 11:21

The Book of Esther also has some principles regarding the Second Amendment:
https://www.medleyofworship.com/2015/03/opus-2015-58-esther-and-second-amendment.html
We should be able to defend the innocent, the defenseless and get rid of tyrants. 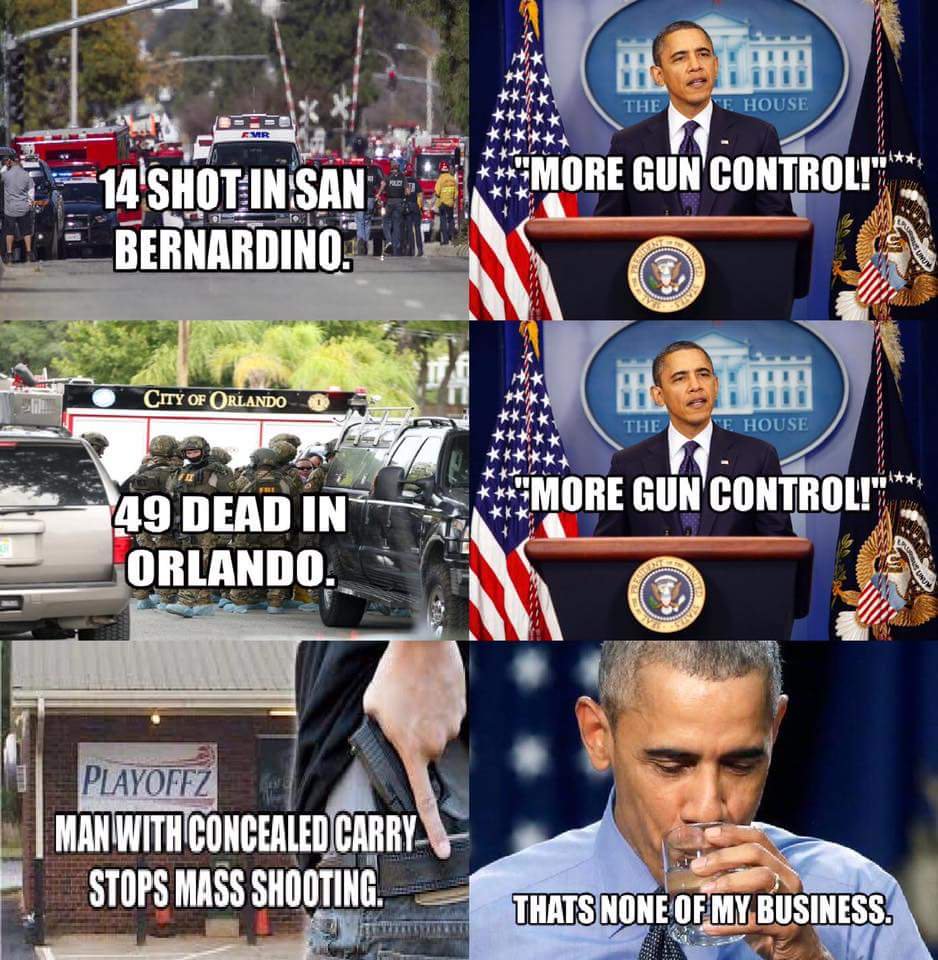 It seems that anyone who goes before THIS Judge for anything related to gun use would never get a fair trial. He should be reported for his anti-gun bigotry,and all his gun related cases reviewed.

Thank GOD this idiot isn’t on the Supreme Court. When you consider that people that want to commit suicide and don’t have a gun they will find some other way. That other way might take out a few innocent other citizens.

This joker is a sitting judge in my county. Unfortunately, the liberals have taken over. I had to ask myself . . . why only a 17.5 year sentence. If he wrongly took a life–then his life should be forfeit. In order that he make personal atonement for the sin of shedding innocent blood. I hope this guy is one of the judges that we vote on . . . I already know, no matter who might run against him, I would vote for the challenger.

I noticed that the defendant in this case is black. Is it because Black Lives
Matter that this killer got off with such a light sentence?

No Lulu, the gun made him do it. 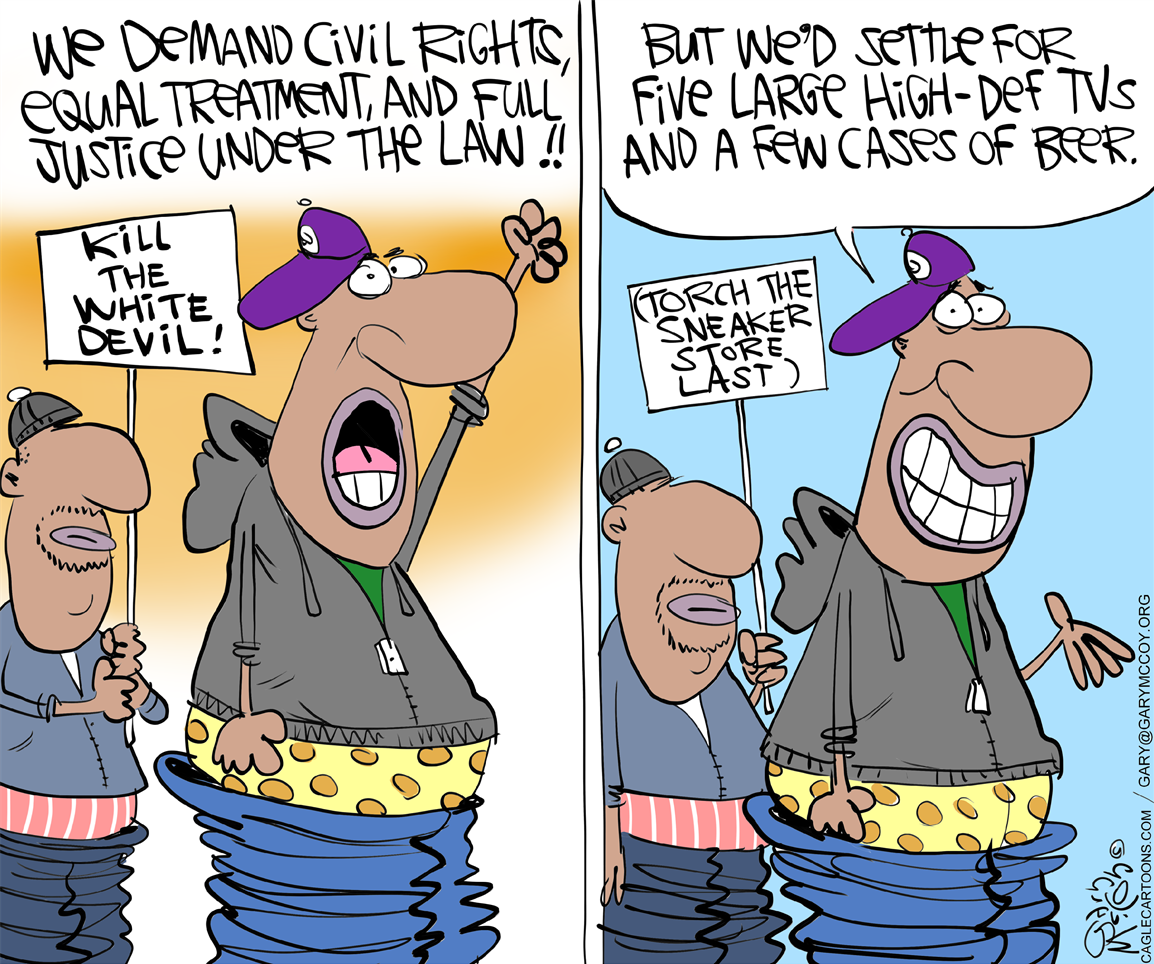 Yeah it worked REAL GOOD here in Canada. Harper started to dismantle SOME of it (NOT LIKE HE PROMISED) .Trouble is the idiots elected TURDO junior and now he is following in DADDY’S footsteps. More gun control. (violence is “out of control”- “WE NEED MORE GUN CONTROL!!!” – no change – violence is out of control the gun control we have DOESN’T WORK- oh we need STILL MORE GUN CONTROL!! etc).

Remove the guns from police? Criminals would be so happy. They fear the cops because they fear the guns dammit.

11,000 murdered, 20,000 suicides? I believe that the 20,000 includes self-defense (prevention of murder) and law enforcement, all in a nation of 320,000,000. David Rockefeller lauded Chairman Mao for carrying out the greatest social experiment in history, a communist country that made everyone useful to society and with a reason to live (read subsistence level wages for labor that would increase his wealth and power.) Think of all the enthusiastic young women who jumped out of Apple factories in such number that nets had to be placed outside. And when that labor cost increases, there are five and one half… Read more »

Reblogged this on necltr and commented:
The predatory parasites can’t stop plundering the productive. It is enough to get one Peed off.

I think we need to put that JUDGE on a tiny little barge & push HIM out into the ocean, never to be returned.