MyNorthwest.com (Dori Monson Show): Police officers in our region (Seattle, WA) are saying there’s a tremendous anti-police backlash right now even though there was no evidence in the grand jury that Darren Wilson did anything wrong in the shooting of Michael Brown and even though that happened a couple thousand miles away in Ferguson, Missouri. But still, all of these people have seized on the “Hands up, don’t shoot” false narrative.
It’s a phony storyline because there was no evidence that Michael Brown had his hands up and said don’t shoot and yet there are a bunch of people who are trying to push this storyline through for some agenda. It’s creating a real anti-police backlash. Cops are getting all kinds of grief from the public as a result of all of this.
In Pierce County, Deputy Sheriff’s Guild President Cynthia Fajardo tells KING 5 it’s been tough trying to convince people to be cops because of what is going on in the world. “If you check with any of the agencies here in the Seattle Metro area, every single agency is having a very difficult time getting people who want to be police officers anymore.”
She told KING 5 that this false storyline, that cops are just out to hunt and kill people, is just absolutely ridiculous. “We train them very significantly to think about their hesitation. We want it to be almost an instantaneous reaction based on their training. Nobody goes into this job wanting to take someone’s life. That is the last thing on anybody’s mind when they take this job. They want to help people.”

I want to remind everybody of something that happened in our area more than 12 years ago. It was a beautiful June Sunday afternoon in Newcastle near Bellevue. There was a naked black guy walking around in the neighborhood and he was screaming obscenities, pounding on the hoods of cars, and a bunch of people who lived in the neighborhood called police.
A King County Sheriff’s Deputy named Richard Herzog responded and he went to confront this guy who was reportedly on PCP. Law enforcement tells me that PCP is often the drug of choice that leads people to ripping off all their clothes and gives them this incredible strength.
So, Herzog went to intervene. He went to take this man into custody, but the naked man overpowered him. He got Richard Herzog’s weapon and he shot him. Then, when Richard Herzog was on the ground, he stood over him and kept firing at him, executing him in the middle of the street on a sunny June afternoon.

Now think what would have happened if Richard Herzog in trying to corral this naked PCP-filled man had managed to get off the first shot. What if he had shot and killed the naked man in the middle of the street. What would have happened to Richard Herzog’s life? He would have been crucified.
We would have had Jesse Jackson and Al Sharpton leading marches in the streets of Newcastle and downtown Seattle demanding his badge, demanding life imprisonment for this King County Sheriff’s deputy who shot and killed this unarmed black man on the streets of Newcastle.
Those were the two choices for that cop that day: lose the battle for his gun and get executed in the middle of the street or win the battle for his gun and get executed in the media and by all of these race-hustlers. Those were the only two possible outcomes for a King County Sheriff’s deputy 12 years ago on a sunny June afternoon.
How can you put your cops in that situation? How can you live with yourself knowing we have to have police out there to protect us and to take these risks for us and to sometimes lay down our lives for us, like Richard Herzog? How can you look in the mirror with your phony narrative when you know that is the situation you’re putting our cops in?
I’m not at all surprised that they’re having trouble finding cops when that is the only resolution in these encounters: Kill and get killed in the media by the ignorant public or be killed in the literal sense. I wish people would remember a little bit of our local history as they’re just spouting all this nonsense about Ferguson.
DCG

Anarchy will be the result of this continued assault on justice. The attacks are becoming so predominant that it is now appearing to be the intent to create a state of anarchy where the potential for greater loss and suffering will be largely borne by those who are advocating these dangerous policies.

…”Anarchy will be the result of this continued assault on justice.”…
Justice? There is no justice, many, many laws, but no justice.

No justice for whom? Did you read any coroner report? Did you read any indictment report? Did you interview any people? What defines justice for you in any case? You want to be judge and jury? What will you base your decision on?
So anarchy is ok if don’t agree with the conclusion of a legal system/process?
And how does looting, setting fires, blocking traffic, and beating a person to death with a hammer equal “justice”?

exactly…we now live in a time where logic and common sense is out of style.

Well that’s African savage justice we are dealing with a species that cannot accept responsibility of any sort for their actions, no matter how savage, or in general a sub species of socio-psychopaths I’ve talked to a few cops who are seriously considering leaving the force saying that since Lucifer first took office their job has become impossible when dealing with negroes And the stupid leftist white zombies follow them This goes back to rodney king and before. The Zionist media suppressed the real story and full video footage of the king encounter. OJ simpson walked free and the urban… Read more »

The sad fact is there are all to many instances of overzealous police actions and swat team errors leaving dead or injured people and pets and unwarranted property destruction.
When the actions of police are justified most are perfectly willing to support them, but all their mistakes make it hard to render real trust.

Lisa: A defining moment when “logic and common sense” became lost, was the day Obo was elected (selected) to reign over our country. The day he attempts to try and screw over Israel, is when this country will experience the full power of his evil. We are feeling the pangs of anarchy in our country already. This is no longer the sweet land of liberty. I feel great sorrow for the Herzog family. This is such a tragic loss of a fine officer. Leeann

There are two contexts to pay attention to here (at least). First, police forces around the country have great people in them. But just as it takes a small minority to change things, it only takes a small minority—just a few—to cast all police in a bad light. Yes, I’m talking about bad police. But I’m also talking about the bad politicians who administrate them. Something else is going on, too: This is about the State grabbing as much power over us as they can. And that is what is truly frightening. We’re being played here, and most people, cop… Read more »

…”No justice for whom?”… For anyone, the system has done away with justice, if the system practiced justice, we wouldn’t have the problems we have today. Your inability to digest a simple statement of fact, and then sling accusations speaks volumes. pull back your little touchy feely self and grasp the truth of the statement. There is no justice. Right is deemed wrong, and wrong is deemed right and justice is trod underfoot. It has been that way since man decided he was up to the task of governing himself. Jer 5:30-31 A wonderful and horrible thing is committed in… Read more »

So asking questions to explain your comment is slinging accusations? Got it. I can digest that…

A fact is something that can be proven… which is the question, more emphasis doesn’t quite do that. 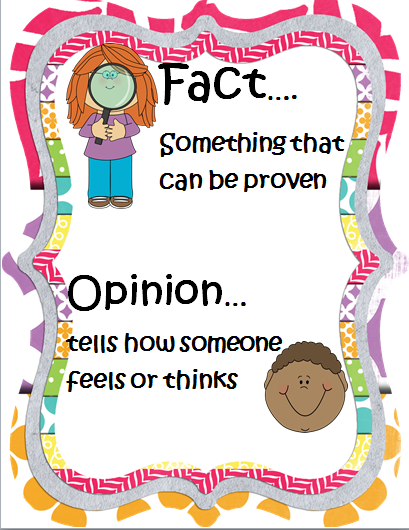 Hey, I’m not making this up… you want it to be a fact or just a strongly held opinion?

New boss, same as the old boss– let me know if you want more Who.
But, really, she’s not accusing you, just trying to get you to support your argument with evidence… how do you know that, what led you to make that conclusion? (What’re you, an ad hominem attacking poo-flinging liberal?)

…”So anarchy is ok if don’t agree with the conclusion of a legal system/process? And how does looting, setting fires, blocking traffic, and beating a person to death with a hammer equal “justice”?”… You attempted to put words in my mouth that are not in evidence in my statement. I never said any of this you did, you tried to make my simple statement of fact , that there is no justice, into something other than what I said. You are still exhibiting deafness, and blindness to the truth. I needn’t explain anything to you, if you don’t like my… Read more »

Wild river, you’ve said at least three times that there is no justice, yet you have failed to provide a single example. Can you please provide some facts to back up your statement?

In a world with so many intelligent and smart people , creating new inventions and technologies everyday, why is it that we have so much chaos and other iniquities in this world? MONEY. Money , he who has it rules and controls the game.We all need money to live , but when you flip this word around you get “EVIL” . This is the root of all of Americas ills,be they black problems,white problems,or any other problem,money is the issue. Understand that if everyone had a fair and equal share of the mighty dollar,things would be great and peaceful all… Read more »