Only 1 in 3 Americans could pass a U.S. citizenship test

Do you wonder why so many Americans have piled onto the Democrats’ persecution of Judge Brett Kavanaugh, seemingly oblivious to America’s fundamental principles of evidence-based accusation and innocent until proven guilty?

The answer is in the stunning results of a recent national survey which found that only one-third of adult Americans could pass a multiple-choice U.S. citizenship test, with a passing score of 60. The test consisted of items taken from the actual U.S. Citizenship Test. Younger Americans (age 45 and younger) are even more ignorant, with just 19% (2 out of 10) who passed the test.

The survey of a random (and thetrefore representative) sample of 1,000 American citizens was conduced by research firm Lincoln Park Strategies for the Woodrow Wilson National Fellowship Foundation, which was founded in 1945 to identify, develop, and support America’s best minds to be the next generation of leaders. The survey has a margin of error of ±3%.

In a press release on October 3, 2018, the Foundation made public the results:

With voters heading to the polls next month, an informed and engaged citizenry is essential. Unfortunately this study found the average American to be woefully uninformed regarding America’s history and incapable of passing the U.S. Citizenship Test. It would be an error to view these findings as merely an embarrassment. Knowledge of the history of our country is fundamental to maintaining a democratic society, which is imperiled today. Americans need to understand the past in order to make sense of a chaotic present and an inchoate future. History is both an anchor in a time when change assails us and a laboratory for studying the changes that are occurring. It offers the promise of providing a common bond among Americans in an era in which our divisions are profound and our differences threaten to overshadow our commonalities.

Alas, the Woodrow Wilson Foundation does not break down the survey results by political party identification.

Washington Times has a 24-question multiple-choice US citizenship test. The newspaper explains:

An important part of the application process for becoming a US citizen is passing a civics test, covering important U.S. history and government topics. There are 100 civics questions on the naturalization test. During the interview process, applicants are asked up to 10 questions and must be able to answer at least 6 questions correctly. Here is a sampling of what may be asked.

The 24 questions are really, really easy for regular readers of FOTM. As an example, the first question is “Who is in charge of the executive branch?”.

A few years ago I was in Phys. therapy for a shoulder surgery and there was a young girl of about 23 in training with my conservative PT. He said he was teaching her a bit about government and reality. So I started asking her who we fought in WWII, the Korean War, the Vietnam War, the War of 1812, the Civil War, and finally the Revolutionary War. She couldn’t answer any of them. My God the govt. education is pure rot.

I will take the test later , but I wanted to make quick comment… This is an excellent article which validates what I have been saying for a while now, and that is, that it should be mandatory for people to prove their civic understanding/ competency by taking a test before they can vote. But alas the globalists and leftists would howl at this as they want uninformed, ignorant voters who can be easily led; just as we have seen with the recent Kavanaugh circus where the very idea of innocent before proven guilty has been lost on the rabble.… Read more »

When the Bolshevik’s “NAFTA” & “WTO” was launched for their America hating global agenda, along with that came the invasion of Mexican & third world invaders. Besides destroying our health care system, environment, economy, depressing wages, culture, & society, an important facet was to destroy America by not only the invasion, but he promotion of multiculturalism, affirmative action, and various other cultural Marxist programs designed to destroy our nation.
Immigration invasion is the cornerstone of the genocidal Kalergi Plan to exterminate White Christian Western Civilizationitself

We learned most of the answers to these questions while in grade school. They no longer teach history or civics, so our kids are downright ignorant. Unless they get rid of the Dept. of Education and Common Core, it will only get worse.

I’d blame the Teachers Union who prevent incompetent teachers from being weeded out!

I took the test and I missed one question … and I felt bad about that. But, then I’m 72 so I’ll blame it all on a phrase I’m getting to know quite well: “age related”. Being 72 meant I took US history, civics and social studies all through my trek from 1st to 12th grade and on into college too. It’s just not that way any more and though it be a bit ornery to do so, I make it a point to help people understand just how ignorant they really are. They often are not happy. But then… Read more »

Yeah, I hear ya’. I missed the number of amendments. I lost count.

That’s the question I missed, too.

But hey, at least you’re not on the SCOTUS and have to have someone give you a copy of the Constitution in order to remember what a certain Amendment it is about:

“Ginsburg Forgets 14th Amendment, Audience Has To Give Her Constitution”

Good lord and how is this women adjudicating cases? Between the failing memory, and dropping off to sleep I don’t know how she can justify herself. There should be a mandatory age of retirement for these dinosaurs that just don’t want to go away.

When you consider that THAT is her fundamental job. She could probably quote verbatim from “Das Kapital”.

I missed one (because I mis-read the question). It’s very easy.

I passed minus two.

If you gave this test to a teen/millenial, they’d ask why & try to weasel their way out of taking it, because they know they wouldn’t do well.

I missed one (didn’t fully read the question) then my 17 year old came bopping in, so I told him to take it. I was pretty sure he would do well in spite of his public education….. he missed 4.
“Speaking the truth in times of universal deceit is a revolutionary act.” Geo. Orwell

When 50% of households don’t speak English at home in certain areas, this is bound to happen. No excuse as I am Canadian and got a perfect score. What are schools teaching? 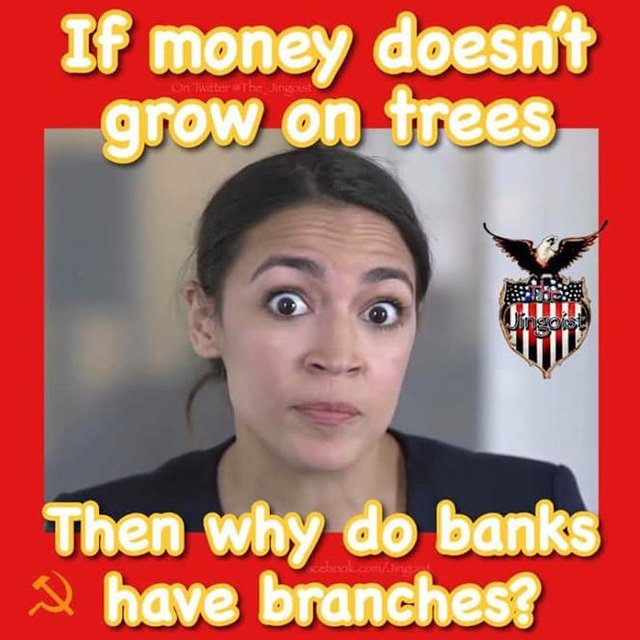