In a previous post, it was shown that a private investigator have traced multiple Social Security (SS) numbers to the man who calls himself Barack Hussein Obama.

Now, two more PIs are asking why the SS number Obama uses is set aside for applicants in Connecticut — a state in which Obama had never lived and to which he has no associations.
The first three (3) digits of a person’s social security number are determined by the ZIP code of the mailing address shown on the application for a social security number. (See Q. 18 of “Frequently Asked Questions” on the Social Security Administration’s website, HERE.) Connecticut’s SS numbers begin with 040, 041, 042, 043, 044, 045, 046, 047, 048, or 049. Obama’s SS number begins with 042.
The most plausible explanation is that Obama’s Connecticut SS number once belonged to a Connecticuter, born in 1890, who is now diseased. This means that Obama is using that number illicitly because the SS administration says a SS number is never re-issued or re-used. (See Q. 20 of “Frequently Asked Questions” on the Social Security Administration’s website, HERE.)
Furthermore, since Obama’s first job was in a Baskin-Robbins ice cream shop in Oahu, Hawaii, when he was 14 or 15, he would have obtained a SS number then as a Hawaii resident. Hawaii’s SS numbers begin with the prefix 575 or 576. This means that he has used at least TWO different SS numbers, which is against the law, because the law says a person can have only one SS number in a lifetime.
H/t beloved Fellowship members Steve and FS!
~Eowyn

I read this on WND last night, and have given it some thought. I am not defending Barry, but it is possible that with the Baskin-Robbins job in Hawaii that Barry was paid “under the table”. Our #2 son was paid this way for his job all throughout high school. That said, it doesn’t answer the question about the Connecticut connection. Who is this man, and where did he come from???? I believe that he still needs to be scooping ice cream to tourists in Hawaii!!!!

Somewhere along the way I read an article that reported the SS was now reissuing ss numbers because of the number of people in the country –It stated that the SS Administration was now doing the reissue because of the possibility of duplicates. It stated that they were taking numbers from deceased individuals and issuing them to live bodies. Now I’m thinking — if that’s true then there could be a logical explanation for Obama having a number not associated with Hawaii–Another thing the article said was the SS Administration was no long determining location with the first three numbers.… Read more »

You are wrong. This is from the Social Security Administration website https://www.ssa.gov/history/hfaq.html: Q18: Is there any significance to the numbers assigned in the Social Security Number? A: Yes. The first three digits are assigned by the geographical region in which the person was residing at the time he/she obtained a number. Generally, numbers were assigned beginning in the northeast and moving westward. So people on the east coast have the lowest numbers and those on the west coast have the highest numbers. The remaining six digits in the number are more or less randomly assigned and were organized to facilitate… Read more »

barry soetoro has been associated with 38 other SS#’s including this one from Ct. that makes him over 100 and female!

This article has been bothering me all morning. I am afraid there is a very unscrupulous reason for this. Just read on WND that google has erased being able to check into it.

WND must have shamed Google into discontinuing their suppression of searches on “Obama social security number.” Steve said that a Google search on that subject is now working.

Eowyn,
Thanks for clearing all that up. I did not do the research on the statement when I heard or read it–I did not think SS numbers important at that time. Now I may have to reevaluate my position on the subject. Osama Obama has been keeping something from us—interesting..

No problem, Ron. Your comment had a salutory effect: It provoked me to verify the info on the Social Security Administration’s website. 😉

See, I was too lazy to go that far.
You realize that you forced me to the dictionary with the word ‘salutory’ and it is not there, so I’m stuck on the meaning.

https://www.wnd.com/index.php?pageId=152773
Re-Released this weekend……
If this wasn’t so strange people would accuse you of writing a fictional account.
Basically Obama’s background is a never-ending gaping hole of puzzles, mysteries, half-truths, speculations & increasingly non-provable claims as official records keep disappearing & people with first hand knowledge keep dying.
He doesn’t have any even half-way tangible historic documentation regarding his “American” upbringing until 1986 when he is 25 years old ????!!!

Why are the Romney Team not using this in their ads

Because if they do they’ll be answered with an ad calling them “RAAAAAACISTS!!!”

Why is Obama using a CT-issue Social Security number? Obama never lived in CT.
Was Obama’s SSN stolen from Harrison Bounel who died in NEWTOWN CT? 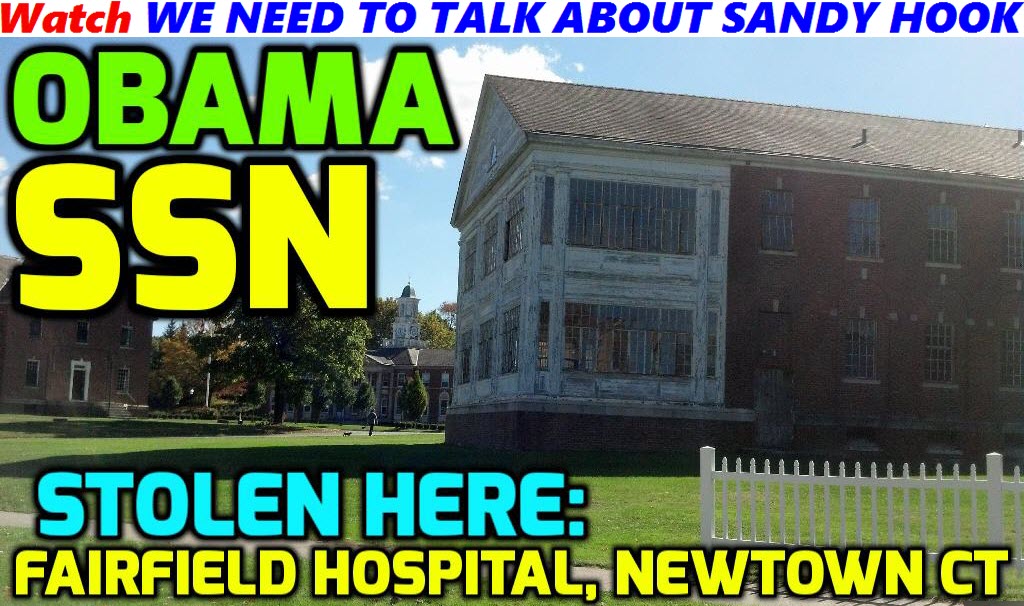 I still can not understand why people try to make a cheap joke just because they are allowed to comment. I was searching for information for locating SSI #’s came across this and found it kind of interesting. If you don’t have something constructive to say, just keep your silly comments to yourself. If you spent your time more wisely maybe you would have more money.