The Baphomet was first drawn and popularized in 1854 by occultist Eliphas Lévi in his book, Dogme et Rituel de la Haute Magie (Dogmas and Rituals of High Magic) — a winged, horned, androgynous, humanoid goat with breasts and phallus. (See “The Devil is transgender”)

Levi called his image the Baphomet — “The Sabbatic Goat” and “The Goat of Mendes.” Lévi’s Baphomet is the source of the Rider-Waite Tarot image of the Devil. The Baphomet goat, together with the downward-pointed pentagram, was adopted as the official symbol — called the Sigil of Baphomet — of the Church of Satan and continues to be used among Satanists. [Source: Wikipedia]

Yesterday, an art illustrator named AnnaMarie Hope uploaded to her Instagram account @everysilversea a pic of what appears to be Barack Obama dressed as Baphomet, standing next to Artur Davis.

Note: Artur Davis was a national co-chair for Obama’s 2008 presidential campaign; a U.S. Congressman (D-Alabama) from 2003 to 2011; and a candidate for the Democratic nomination for Governor of Alabama in the 2010 election.

Below are the Obama Baphomet pic (on the left) next to a pic of Obama (right), for comparison.

Those who saw the pic on Hope’s Instagram clearly recognized the Baphomet dude as Obama:

kellygil18: “What’s with your Obama pic?”
unbearableghostbear: “Yeah you got some ‘splainin’ to do about that Obama pic.”

Hope quickly took down the pic, claiming she’d received “too much hate & not enough support”.

Jay Greenberg of NeonNettle says the Obama Baphomet image is not a photoshop:

To check if the image has been digitally altered from another photo, the first thing to do is is do a reverse image search to see if the original image appeared online or if there ever was an original image. After uploading the image to Google image search and Tinyeye, the photo pulls zero results from either service, meaning, if it was altered from another image, then the original image has never been uploaded to the internet, which seems unlikely.
If the image has been photoshopped as some may suggest, then it would require a very high skill set in image manipulation, that would go way beyond the typical prank image levels. It’s also unlikely that Hope would have such professional skills without a mention of it anywhere. The fact that Miss Hope doesn’t appear to have obtained this image elsewhere, and that she couldn’t have faked the image, suggests that she took the photo herself.

that was what america, supposedly, voted for…twice?
what POTUS has ever worn a costume that celebrated satan?
I wonder if he’ll admit he was under the mask or will he just lie as usual?

Annamarie is a coward to remove the photo. Appropriate for an Obama supporter.
Stick to your guns girl or be a feckless…

Co-incidentally someone sent me that pic today which I think is a screenshot before it was deleted ………..

?_nc_cat=0&_nc_eui2=AeHwIsk_xKJs7RqRJoQgC9PB4J1pqnsAWiBDqmOp75UunbqFrfUhY0FhPSFPIDuofJQbMKPQ1JtdFZN60JZW84wUJ_W1oY9oMzGg1HXQldx5vQ&oh=d8a0b0ce4cca210f67dc6e2108070046&oe=5BA9E1E0
I checked Hope’s Instagram around the time the pic was posted, 20 Jan 2017 and noted a pic of Bernie Sanders whom she adores, and if this opens it will be seen that she also is a satanist ……..
https://www.instagram.com/p/BPDq4ABBiOa/?taken-by=everysilversea

Wow! Nice pit hair. I don’t know that I’ve ever seen anyone try so hard to be hip and fail so miserably. She’s a real “counter cultural icon” for sure.

Nothing they do surprises me anymore. Maybe he doesnt want to be outdone by Michelle.
A Satanic Looking Drag Queen with Horns Reads to Little Kids at Michelle Obama Public Library in Long Beach.
A new mural of former first lady Michelle Obama, painted on a building in the Chicago neighborhood where she lived as a child, dipicts her as an Egyptian Queen.

Obongo has that whole “pharaoh thing” going too. What they lack in brains they make up for in arrogance.

Here’s another one with the Baphomet hand position from the Met Gala last year which I posted a few days ago ………
https://www.facebook.com/Righttospeakaustralia/posts/654858711529507

Well there ya go. Fakebook doesn’t like me. I’ll try to c&p the photo here of Michele Lamy……….
https://lh3.googleusercontent.com/qDHTA_66_I1DgZpY3H2xEjd8BU5T7uEWpIyR3cVU_EG2IeFYyOyohAjioyseO_lKVD43-9c=s85

The image is so tiny, even after I’ve enlarged it by 500%, I still can’t figure out what’s going on!

Sorry about that. The pic is of fashionista and satanist, Michele Lamy, with husband Rick Owens and the group Migos at the Met Gala, 2017, where the theme was Red. She is clearly making the Baphomet hand sign. One article with pictures is here …….
https://www.wmagazine.com/story/met-gala-2017-most-talked-moments
Here is the picture link which hopefully will open properly ……..
https://instagram.com/p/BTkssQjB34g/?utm_source=ig_embed
She also has videos such as this one ………
https://youtu.be/IZtzYQQWm6w
[Am having some tech problems lately].

Thank you, NAMNOW.
Rick Owens is the insane “fashion designer” who designed the men’s dress with a hole cut out to expose the penis. I had always thought his “partner” Michele Levy to look demonic. I won’t be surprised if Levy is a “transgender”.
https://fellowshipoftheminds.com/2015/01/23/new-menswear-is-a-dress-with-a-cutout-exposing-your-penis/

And I thought Obama wearing a tiara was bad… 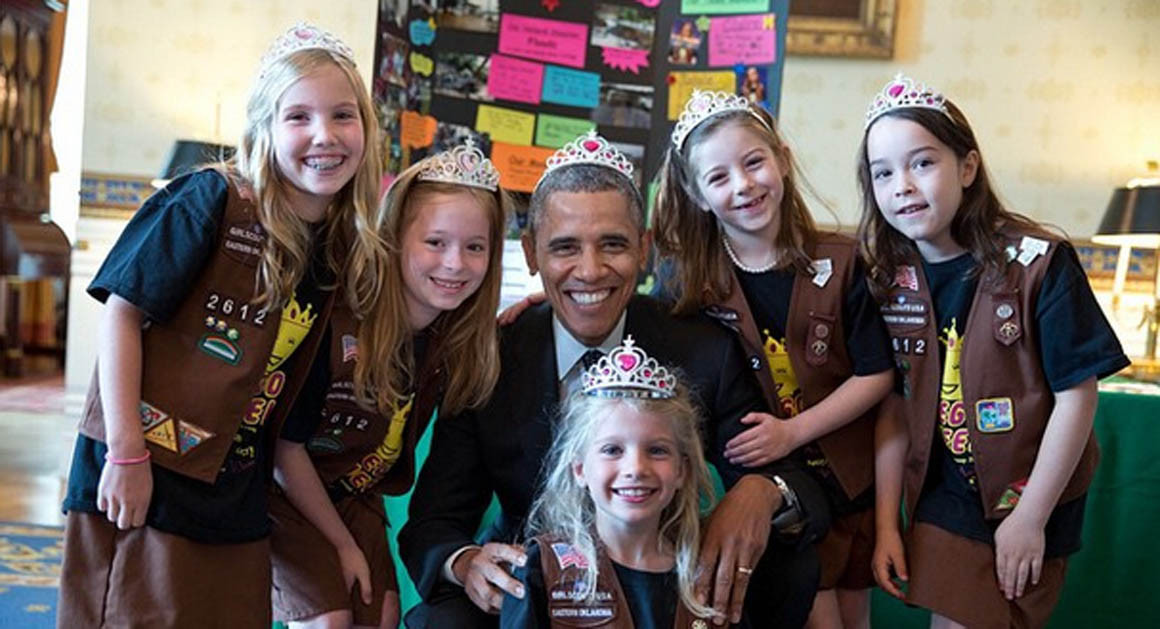 It is no surprise, next he’ll be dressed as a woman?

He really is a disgrace to the Office of a President. There is so much filth in America and the UK said about President Trump, yet he has worked hard since he became President he has done so much good, but there are those who cannot find any praise for him. They think Obama is great, this just proves this picture what a full of c**p man he is.

Prominent Democrats dress up as the Devil - Fellowship Of The Minds

[…] And lest we forget, there’s also this rumored pic of Obama dressed as the Baphomet: […]