Via NY Post: City school-bus driver Sumatie Kalladeen’s scoldings terrified a little girl to the point where she was too afraid to ride the bus. The city Department of Education fired Kalladeen — but not before she racked up 37 complaints since 2001, seven of which were “substantiated,” records show.
She was suspended at least twice before, once after leaving 24 kids and teachers behind on a field trip, and once after she was arrested for assaulting her husband.
That a driver with so many offenses could remain behind the wheel for so long illustrates the city’s lax and ineffective disciplinary system for school-bus personnel, insiders charge.
The DOE’s Office of Pupil Transportation (OPT) has gone too easy on some bad bus drivers and attendants because it caters to the school-bus companies it contracts with to hire the workers, one OPT investigator alleged.
“They make sure the bus companies don’t lose too many drivers due to disciplinary decisions,” the investigator said.
The OPT worker said a seasoned supervisor who tried to get rid of lenient investigators was stopped by his boss. DOE contract officials even pressure investigators on behalf of the bus companies, he charged.
Making it worse, the number of bus investigators has dwindled from 12 to five since last summer, and each one struggles with more than 200 open cases at a time.
Kalladeen denied wrongdoing. “To my knowledge, no one was crying,” she said of the little girl.
In another disturbing case, attendant Patricia DiBenedetto was accused of throwing a boy off the bus before his regular stop — and later using a racial slur. “He’s a “troublemaking n—-r,” DiBenedetto told the kid’s mother when asked why her son was abandoned, records state.
The city Department of Education suspended DiBenedetto, but she kept her job.
DiBenedetto generated a dozen complaints for “obscene language.” Last May, she rang a school’s exit bell for 30 to 40 seconds — so long that administrators thought it was an emergency. The principal described DiBenedetto as “very aggressive and angry with the children.”
The Department of Education insisted all was done by the book. “All bus drivers involved in misconduct were appropriately disciplined,” a DOE rep said.
DCG
Please follow and like us:

Only 37 complaints before she got fired. Well, isn’t that special.

thelonelyauthorblog . . . . in a sane world long about the time she was arrested for domestic violence she automatically should NEVER HAVE BEEN ALLOWED TO DRIVE AGAIN. . . . much less the fact that this freak of nature had the gall to abandon a teacher and classroom that were out on a field trip. Can you imagine how that poor teacher felt when she was unable to herd her group of children back on the “waiting bus” and delivery them safety back to the school ??? It is more than high time that Mrs School Bus Driver… Read more »

Good luck driving for Uber. Or opening her own driving school.

We have a version of the same thing here with the Post Office. They hire a lot of Filipino drivers who are lazy, rude and dangerous. My mailbox has been knocked down twice by them. I saw her do it once. When we have visitors and they partially obstruct the mail box they categorically refuse to deliver even if I go out there and offer to take it directly from them. This is a cultural thing. I had several working for me years ago. This is VERY common. It isn’t directed at anybody in particular. It is how things are… Read more »

lophatt . . . . that’s when everyone needs to band together and inundate the Station Master at the station where she/he works out of. Those coming from the Philippines to work here in the United States need to learn pretty darn quick that we don’t want ANY ATTITUDE FROM THEM!

Believe it or not, this is part of their culture. They tend not to deal with each other equally. If there are two, one is dominant. So, the game is for them to get arrogant and demanding. The foil for this is to get right in their face. They actually expect it. If you don’t do it you will be treated like garbage.
When they are confronted harshly, they quickly become servile and stay that way. If you don’t do it you will be the “servant”.

They are one of the most culturally dishonest groups of people that I have encountered. My uncle had a Medicare payment due him that the nursing home he was staying in was supposed to refund. I walked into their office one day to see what was going on, and happened to see that my uncles account was on the screen of the computer. A payment of almost two thousand dollars had come from the government months before. They had no explanation for me as to why it had not be refunded to my uncle in a timely manner, they just… Read more »

What a terrible reputation. The only Filipinas I’ve encountered are those at a parish I no longer go to for Mass because of its unfriendly and inexplicably hostile pastor, so I can’t speak from experience.

I know exactly what you mean. I don’t want to sound intolerant. I DID have a lot of experience with them. I got to know their families and their customs. For the most part they liked me and treated me well. On the other hand they are very insular and keep to their own. This leads to them simply transplanting their ways to the host country. In short, they rarely assimilate. What we would call dishonest would be called normal business in the P.I.. Just like it is normal to bribe federales in Mexico. It is expected. What I see… Read more »

I live in the middle of hundreds of thousands of them. They are very clannish and money is God. The young women here and in the Philipines set their sights in our poor naive military men. Before you know it, the whole family is here and the one poor guy is supporting them all. They will put several generations into one home and now they are building houses with up to 25 bedrooms and the locals are going crazy. I doubt many are even here legally. They get buy with this because they fought with us during the war and… Read more »

Several years ago there was a TV special (I think it was “60 Minutes”) on the San Francisco Post Office and missing federal checks. They set up cameras and filmed them stealing whole trays of federal checks. They were then sent to the P.I. and phony ID’s were produced. Then the checks were cashed at military (Navy) bases after the amounts were altered. This resulted in checks “re-valued” at hundreds of thousands of dollars being cashed at Navy Exchanges, primarily in the Philippines. The cameras caught ALL of the perpetrators who just happened to be Filipino. Later in the show… Read more »

I don’t take any of it personally, but I despise this level of dishonesty and thiievery. And you know why else I despise it? Because we White people are constantly being bludgeoned with the fact that we Whites are all racists, and that there is no such thing as race. As far as I am concerned, culture arises out of a mixture of environment AND race. How else does one explain the fact that most Europeans were historically very poor too until recently, but this kind of behavior was not valued or tolerated. This level of primitive tribalness exists in… Read more »

I should have phrased that differently. I didn’t mean “YOU” (personally). I meant “collectively”, it isn’t “aimed” at us because we’re white. They do it to each other. In other words, it isn’t racially based, it’s culturally based with them. I don’t like it either. They don’t hate us like some blacks do. That’s what I was trying to communicate. Whatever racial differences there are between people, none of them are improved by constant concentration on them. They would be much better off if they just started regarding themselves as fellow humans than identifying with a race. Whatever natural characteristics… Read more »

Thanks for clarifying. I get it.

“The Department of Education insisted all was done by the book.”
Says the Fox to the Chickens….

Let’s see you try that, Whitey!

lophatt . . . . that was a brilliant comeback . . . No doubt the School District would take guff off personnel that come from a minority, and yes, I think you are right . . . “Whitey” would not be gettin’ away with that!

I wouldn’t have waited for the third offense, the first a reprimand and time off, the second a reprimand and suspension without pay, the third fired, no pay, no accumulated sick pay, no vacation -when dealing with the safety of children a thorough investigation of the individual must be conducted, no blemishes —DUI, alcohol, drugs, violence is a no hire policy.

Alma . . . that sounds like the only way to ensure that America’s children are kept safe from weirdo’s. It is really perplexing that the powers that be, just don’t get it–even if there is an employee shortage. I would think they would be scared spit less at the thought of being sued.

Yep. That’s another concern with the “contracting”. It isn’t that the districts themselves couldn’t find perverts, they do. But they tend to be more careful when they are financially responsible.
I know they do background checks here. That isn’t perfect, but its a start.

As far as bus drivers are concerned, more and more districts are electing to contract out that work. They avoid unions and higher wages and the responsibility of being directly responsible for their employees.
As a result we get sub-standard service from low-functioning personnel. The contractors are paid top dollar but hire the cheapest labor they can.

Were Kalladeen & DiBenedetto “Affirmative [Non-] Action” hires? They both sound psychotic, lack of remorse, crazy behaviors (ringing the alarm), kicking a young boy off the bus not at his stop (which could be dangerous these days).
Parents ought to file complaints at the local PD rather than complaining to the stupid school systems which also must be operated by psychos to allow this insane behavior to continue.

Before the Kulture-Klash & before FemiNazis ruled, when kids actually dressed for school & bus-drivers were sane & friendly.

37 offenses and some very serious…..just what book were they going by? What a lazy supervisor, just didn’t want to have to work to hire someone decent,

If I had to guess (and I do), they contract this service. They have certain “quotas” in the requirements. The contractor says “I hired 37% Pacific Island Natives”. The district swoons, the service sucks, they win an award. Then one of the “charmers” on the bus run gets jiggy. People complain (who do these taxpayers think they are, anyway?) and, reluctantly, they speak to the contractor about it. He says, she’ll file an EEO complaint. Besides, if I lose her I may have to give her passport back and unless I can find another one I’ll have to pay minimum… Read more » 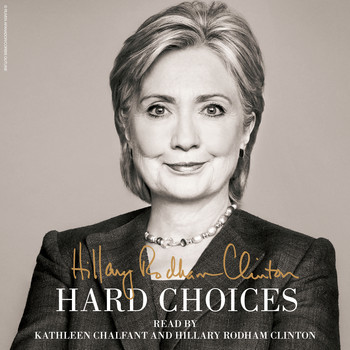 who knows why school bus drivers who are not even civil servants are so hard to fire….?

Reblogged this on necltr and commented:
Other than all that, can you find anything else you don’t like about unvetted diversity immigration? ?