If we could just get the US media to do the same, that’d be great.
From NY Post: Nix the nuclear warheads, cue the doves. The North Korean government is erasing much of its anti-U.S. propaganda following dictator Kim Jong-un’s forays onto the world stage.
Gone are the posters depicting the U.S. as a “rotten, diseased, pirate nation” and promising “merciless revenge” on American forces for an imagined attack on the totalitarian country.
In their place are cheery messages touting praising the prospects for Korean reunification and the declaration Kim signed in April with South Korean President Moon Jae-in promising “lasting peace,” according to reports.
Still the most isolated country in the world, very few North Koreans have access to news and information from the outside world. So state propaganda plays a huge role in shaping their views.
Murals, banners and posters displayed throughout the capital, Pyongyang, have for decades depicted the U.S. as a brutal, imperialist aggressor hell-bent on destroying the North Korean regime. South Korea and Japan were also frequently targeted as willing allies of the U.S.
But things started to take an Orwellian turn in the run-up to Kim’s June 12 summit with President Donald Trump, with the old posters vanishing since then.
“All the anti-American posters I usually see around Kim Il-sung Square and at shops, they’ve all just gone,” Rowan Beard, a tour manager at Young Pioneer Tours, told Reuters. “In five years working in North Korea, I’ve never seen them completely disappear before.”
Infamous posters and postcards showing North Korean missiles on their way to Washington are a thing of the past. Also removed are the anti-American trinkets that used to be sold to tourists as souvenirs. In their place are items showing themes of Korean reunification.
The change extends to the country’s government-controlled media. News reports that once depicted the U.S. as hostile, and its involvement in places like Syria as proof of imperialism, are no longer critical. The Financial Times said the main newspaper, Rodong Sinmun, hasn’t featured a direct attack on Trump since March, when he agreed to meet with Kim.
The paper was filled with pictures of the two together at the summit, and is no longer reporting anti-U.S. news. Other international events, like Kim’s visit last week to China, are being reported right away, rather than after a waiting period, and in more neutral language.
“This is fascinating,” Peter Ward, North Korea expert and writer for NKNews, told the BBC. “Generally speaking, neutral or positive coverage is normally reserved for countries that Pyongyang has friendly relations with.”
In one sign that relations are improving, the U.S. military said it positioned at least 100 wooden coffins at the border of North and South Korea on Saturday to prepare for the return of the remains of U.S. service members missing since the Korean War.
While the preparation suggests that the repatriation could happen soon, details about timing and location remain unclear. Kim agreed to return the remains during the June 12 summit.
The Defense POW/MIA Accounting Agency says 7,697 Americans are unaccounted for from the 1950-1953 war. About 5,300 of those are believed to be in North Korean territory. Roughly 400 remains have been recovered from North Korea since 1990.
DCG

And that’s why the Left manufactured their latest fake crisis, “separation of families”. 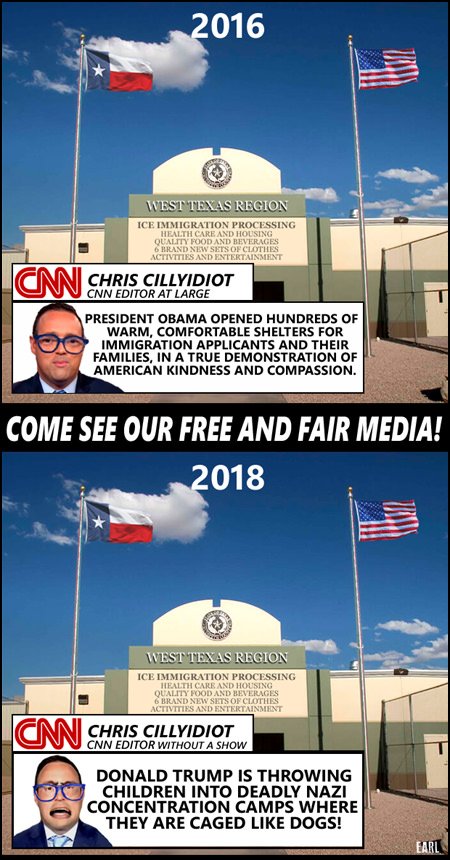 Dr Eowyn . . . The Left will NEVER praise Trump for something that all of the previous Presidents have been unable to accomplish.
I wonder what the Progressives response to the Supreme Court upholding Trump’s “travel ban.” Frankly, I think we should all be rejoicing over that decision. . . . but I suppose there will be a “price to pay.”
It is great that things are turning around so quickly with the North Koreans. As Americans, we have a lot to be thankful for.

I certainly hope they shut that valve off immediately. That’s gonna make ’em crazy. Did you ever think you’d live through a time when a political party was delighting in trying to ruin the country?
These people who want to be overrun by foreigners are a lot like that guy that died from, er…….horse attraction. They’re all masochists.

You said a mouthful in that first sentence, DCG!
My husband and I have been saying that the Dem-wits would be very happy if North Korea’s Kim would push a button and blow us all up, in order to make President Trump look bad. ? And I don’t think we are over -exaggerating.

What’s wrong with making nice with NK? Maybe Un had been brainwashed himself by his predecessors & now he’s seen a bit of light. No doubt at the very least he had expained to him the difference between being the leader of a country restored from poverty to prosperity, and his memory being discarded in the dust bin of history. Frankly, any friendly contact with rogue regimes should be praised. We’ll never have world peace but we can work toward a larger percentage of the world being at peace.

Alma . . . Amen to that!
When we look at all the things that President Trump has accomplished, it really boggles the mind. He was the right man for the job at this point in time.
God Bless America, and Bless Our President, and all others who are instrumental in leading the direction of this country.

If President Trump can actually make peace with North Korea, he will go down in history as our greatest President: He will have prevented nuclear war between us and that country. Political historian and geo-strategist Joel Skousen has stated, in a number of interviews, that North Korea was designed to serve as the trigger in a WW III event. If President Trump can actually take this apart, then that Hermit Kingdom will be at least partially loosed from China’s grip, and we can get this major impediment to peace away from the world. Trump will deserve the Nobel Prize for… Read more »

Steven:
North Korea dictator Kim Jong-Un’s last or surname is Kim, not Un.
Jong-Un is his given name.

Those nasty commies get everything backwards! I can’t keep up! 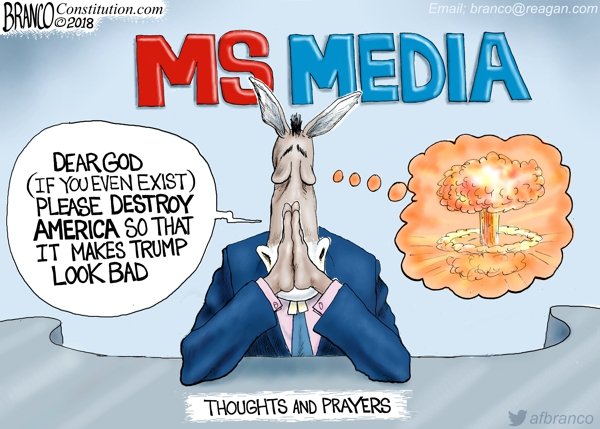 The Jewed-“US” and their Marxist forces for Political Correctness are intensifying their anti-American propaganda. “Librarians drop Laura Ingalls Wilder’s name from award, citing ‘stereotypical’ elements” “The Association for Library Service to Children has dropped the name of Laura Ingalls Wilder from its award for children’s writers and illustrators, citing “expressions of stereotypical attitudes inconsistent with ALSC’s core values of inclusiveness, integrity and respect, and responsiveness” in her writing. Wilder, born in 1867 outside Pepin, Wis., is the author of the immensely popular Little House series of novels, which begin with “Little House in the Big Woods,” set in Wisconsin. The… Read more »

Unlike our mainstream news outlets,, Kim Jong Un can be very reasonable when confronted with the truth.

Seems to me like it should be concerning when a bolshevik nation deems the U.S. “good enough” to remove propaganda targeting it. Are we sure this isn’t being done as a signal to show the U.S. is becoming more like, and thus an ally to, the bolshevik regime of north korea? I find it extremely unlikely that north korea has bucked the bolshevism, and become a decent nation in such a short duration. The “advertisement” of “peace” with them seems more like presidential grandstanding/personal cult emboldening, just like obomber’s “i killed bin laden”, to win more constituents, etc. and much… Read more »

While everyone’s watching what the left hand is doing, no one’s paying attention to what the right hand may be doing.
While this is indeed a good sign, Reagan said it best, “Trust, but verify”