Teach your kids properly at a young age.

Training kids at a young age to give up Constitutional rights under the guise of “safety.”

From Fox News: A town in New York held a buyback-style event for children in the area, asking for their toy guns in exchange for a different Christmas gift.

According to WABC, officials in the Long Island town of Hempstead invited children to exchange their imitation firearms for a “safe alternative.”

Former Tucson, Arizona, police officer Brandon Tatum called the event an “overreaction” on “Fox & Friends” and stressed that he vehemently disagrees with it. “I think that we need to teach our children about gun safety. We need to give them access to information on these topics,” he said.

Some children were reportedly given toy guns at the Dec. 13 event in order to trade them in for different toys.
Democratic strategist Antjuan Seawright said that he disagrees with Tatum’s opinion “2,000 percent.”

“I’m all about trying to prevent these things from happening going forward, from senseless people dying or being injured, and I think this is one way to do that,” he said.

Lt. Derek Warner, of the Hempstead Village Police Department, told WABC that children’s lives could be put at risk if they’re given toy guns because kids could potentially mistake them for real firearms.

Tatum also said that to “demonize” the ownership of guns is counterproductive for children. “I think we need to do the right thing by teaching our children about safety with guns just like we do when children go to the swimming pool,” he said. “You teach them about safety, and that’s gonna curb the violence of curb the deaths that are associated to our children.”

Seawright argued that events similar to the one in Hempstead teach kids responsible and proper gun use at an early age.

According to WABC the Hempstead Village Mayor, Don Ryan, said this: “Saying no to guns is important – even toy guns.”

Isn’t that special? The good mayor believes his opinion is the only viable option.

Bet the mayor has an armed guard within a few feet of him at all times. hypocrite.

Hey, Ant………….Ant-juan…………….how is that teaching kids responsible and proper gun use at an early age when you confiscate them??? Fucking fascist left.

Do these people ever pause for just a split second and ask themselves if they sound as retarded as they look? Sure, we have a problem with nutcases going off their rockers and shooting up innocent people. The solution would be, not to buy up guns, but to teach these kids moral and civil responsibility. To train them up in the way they should go as Proverbs instructs. A gun buy up of any sort is not remotely a solution. These shooters are not balanced people, they do not come from stable, wholesome environments and, if anything, they are all… Read more »

Saying “YES” to guns is a life saver against the basket cases running around lose in this town. I’m going to protect my life in every which way I can because before I go, I’ll make sure I won’t leave alone. Bang! Bang!

Quite a dilemma and quandary the true U.S. citizens live in these days. We are guaranteed by our Constitution which is the absolute rule of this land, our right to be armed in defense of family, home, and nation, against crime and tyranny, yet we suffer a law enforcement purposely trained to fire on citizens at the mere sight of a firearm, or any thing resembling such, to the point they can be justified shooting down a child with a toy firearm, excusing them selves with the claim of “fearing for their life”. Perhaps if today’s law enforcement had been… Read more »

I went to Hempstead. It was closed! I see the real goal of the anti-gun movement here. It is not the search for a safer society and less gun deaths. It is the Quest for the emasculation of men. And now the real monster has been unmasked, and it is the monster of PACIFISM. Yes, we hate war and violence. But prepared to defend ourselves we must be: We are morally obligated before God to defend ourselves and innocent human life, and we are so obligated to put up a fight if need be, if attacked, and this calls for… Read more »

If toy guns are a problem they better ban electronic games that glorify killing. Kids get hooked on that. They have no concept of the consequences.

So, my wife insisted that our sons not be given toy guns. The result? They ran around with others playing games, pointing fingers, and going “Pow! Pow!”

I never let my kids play with toy guns. I did teach them firearms safety and how to shoot. My oldest daughter competes in sporting clays.

These people willfully ignore the truth that banning guns doesn’t stop needless deaths or “senseless people” from being killed (did he really say that?). In England, where emasculated men live, we see a nonstop barrage of propaganda about the “scourge of edged weapons” and all sorts of knife bans are proposed by hand rubbing do-gooders. I say club these people back into their caves.

Cowboys and Indians, toy guns, GI Joe, there were no Indians killed, no cowboys killed, GI Joe didn’t go to war in a foreign land, and they came home and rode their bikes, black and white boys went to school and sat side by side in class. Then came segregation, the poor, the blacks, the privileged, all because the government needed to “divide and conquer”. What a different story today, the government created a storm and a monster within, the privileged grew up and conquered, the poor, struggling, and the blacks killing each other. We remain divided.

When we elect boobs to office, we can’t be surprised when they blow the budget on bras… 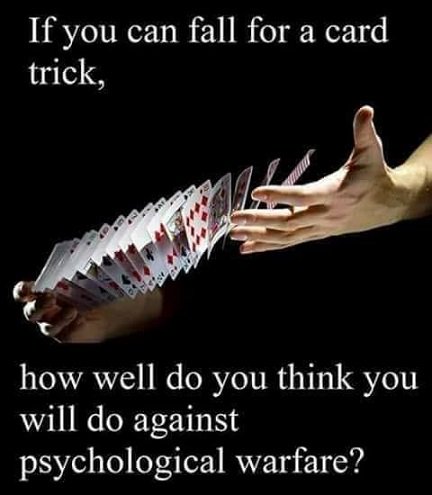 Sounds like they are members of the Richard Cranium Society. Dickheads…
Most liberals would never give their child a toy gun anyhow but I can see them using this as a teaching moment in the pussification of America.