NASA: UARS Could Still Hit US

Last week, I posted about a used-up climate probe satellite known as UARS that NASA expected was going to reenter the Earth’s atmosphere sometime around today.
It appears its descent has now slowed somewhat, and may not come down until later tonight or possibly sometime tomorrow, which is when NASA had once thought was the most likely date of its return.
NASA is also saying that there is a chance it could come down somewhere here in America, although they are still not sure exactly where it will fall.
Of course, given this satellite’s mission, I’m still pulling for the roof of Al Gore’s mansion.  😉
As a hopeless space junkie, I have seen meteors streak across the sky many times, but I have never seen something man-made and the size of a school bus reenter the atmosphere live and in person.
That would be really cool to see.
-Dave

0Shares
0 0 0
This entry was posted in Uncategorized and tagged global warming, NASA. Bookmark the permalink.

Yes, this will be fascinating! Why do they think it is coming down now?

joan,
They have known for a while. They used the last of its fuel to alter its orbit back in ’05 in preparation for its eventual return.
They will not be able to predict exactly where it will fall until just before it does.
-Dave

sage,
Whichever one has the most SUVs parked out front. 🙂
-Dave

The idea of Al huddling in the basement, shaking, just cracks me up for some reason.
-Dave

Where ever Al is.

And should it miss Al, maybe it will take out one of Travolta’s 5 private jets.
Maybe even this one: 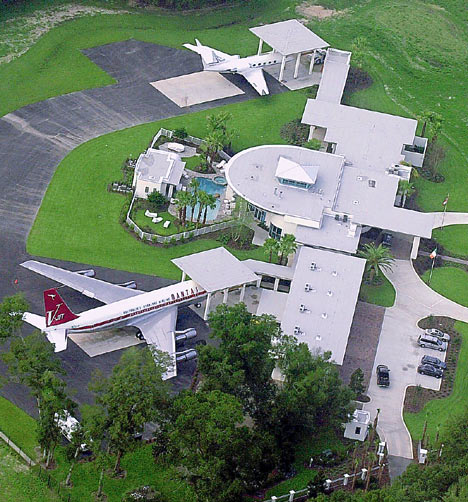