Muslims Perpetrated All Rapes in Norway 2010

Our women are in danger from these women hating peace loving muslims. When will the world open its eyes to the danger it is in. It will be too late when it wakes up. All this is the result of the loony left getting out of hand. We must pray to overcome this menace in our midst. Amen God bless us all.

Thanks for telling the Truth. It is horrible what this Norvegian guy did but the facts are that in scandinavian countries the last few years they are facing a lot of violence from muslims, especially women. It happens also in Danemark and Sueden big time. Where they are muslims you can say without any racism (for muslims are not a race but a so called religion) that freedom goes down the drain.

As crazy as Brevik is and as horrible as his crimes are, lemme guess… the party in power (i.e., the folk he attacked) knew about stuff like this and did nothing about it out of not wanting to upset muslims.

Religion of piece…what a joke! Makes me sick…

I have to say this again after seeing the second vid. Let any boyo dressed up in a sheet try and take away my pint of Guinness and we’ll show them the Crusader spirit. After all knights from ireland went on the Crusades. Pity we didn’t flatten them then. Amen

wanna hear the bad part?
Estimates are that from 5% to 50% of raped women do not report it.
wanna here even worse?
50% of the rapists walk out as not guilty,

Greetings from Greece, Let’s be realistic. It isn’t just Muslims. Feminism has destroyed fertility rates in Europe and in North America – not Muslims. The fertility rates of White nations have dropped to about 1.6 in the last 30 years while Muslim families are averaging 7.9 today! Just about every rich nation (and even broke Greece) has adopted Feminism and the results on the family institution have been devastating. If you want to blame anybody for the “Muslims taking over the world” start blaming us entitled Whites. We don’t want to have more babies!!! You see, we won’t be able… Read more »

There’s some truth in what you write but we are soon in October 2011, 7 billion people and this is a real problem.The Chinese lately have be allowed to have two kids….To have children is the most beautiful thing in the world but it does look grimmer these days. Not only for the generations living on the planet but forthose who are born now and yet to be born, how are they going to survive with more and more limited ressources… Maybe it is time, for men and women regardless their countries or religions or whatever; to think very deeply… Read more »

that is just another reason im glad I own a gun. If my daughter was ridiculed in court by her rapist, that rapist would have very few days left to breath.

The muslim religion is perverse in nature. The fruits of their actions is pain and sorrow for those who are subjected to their rule. Ask an immigrant working in Saudi Arabia or a non muslim trapped in a society that forces its ideology or get brutalized. The religion is driven by lust, sex and covateousness. Only good opld fashion preaching the word of god can melt their hard and wicked hearts.

A recent news article described the aftermath of the rape of a young Muslim girl age 13.. …her rapist is freed, and her sentence is death by stoning…..being buried up to her neck in sand and being stoned to death by her Muslim neighbors! How can anyone think that this kind of “:justice” is the product of a civilized society or “religion”?

If only one person believes the TRUTH it is still the Truth even if no one else believes it.

The world will breath freely when all organized dogma has breathed it’s last.

Sure sure, and blacks commit disproportionately more murders and rapes than any other rapes.
You guys have been set up. European countries let these muslims in the first place knowing that they would commit crimes – all the while bombing their home countries. This is WWII all over again.

Islam is the greatest threat ever pose to Western Civilization, and will no doubt be a perpetual conflict/war, for generations to come… unless the cancer is removed.

Fork ’em and feed ’em couscous.
Seriously, the world would be far better off if Islam were eradicated, as it is nothing more than a violent, tyrannical political movement, tailored for the stupid and the illiterate, and is only pretending to be a religion.
-Dave

Problem is we need their oil. 🙁

Kick their ass and steal their gas.

Wow, Norway is the only country in the world where no white non-Muslim men EVER commit rape; can they please tell the rest of us how they achieved that? In the ‘FrontPage’ article, the Mufti said “zina” which is unlawful sex between consenting people; rape (Google it) is “ga-te-sawb” & is punished by stoning the man to death; if some Muslims do it differently, that is on them, not Islam, just as when a Christian does something that goes against a Bible principle. Just as there are many different sects in Christianity, there also in Islam (as in every religion)… Read more »

Lu Ciffer… it don’t count, a freebie, is muslim men rape infidel women. Only muslims count for muslims, don’t you get it? The new Master Race worships Allah… in fact, Hitler is still a best-selling author in the muslim nations (the title of his magnum opus literally means “My Jihad” in translation and that’s he describes pretty much) and the muslim Grand Mufti back then actually sent 1 million volunteers to help out Hitler in the Waffen SS because they got to kill all the Jews they wanted.

Of course, Islam itself proper doesn’t cover anything like that… but individual muslims aren’t responsible for their actions (Allah is) and a whole bunch can get together and rape infidel women for sport, demand burqahs/footbaths and riot if they don’t get Halal-everything and sharia-compliant finance in non-muslim nations. They, individually, just feel like it and do it… which leads left/libtards to kiss their butts in appeasment.

“…but individual muslims aren’t responsible for their actions (Allah is)”
Can you provide evidence from authentic Islamic text to support this, or are you just making wild accusations?

This publication must be a “zionist” rag?

And you, joe mama, must be another Nazi Jew-hater?

Look at the “Khazar” oriental eye slant on that broad!! She may well be a relative of Paris Hilton or Sarah Silverman!!

So in what passes as a mind in your Neanderthal cranial cavity, having a “Jewish” oriental eye slant makes that woman deserving of being raped?
And to think you came on my blog on the Lord’s Day to spew your bigotry, venom and hatred. Be gone!!!! 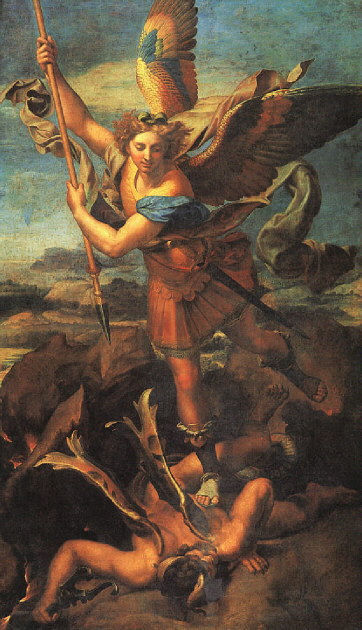 i lived in Sweden in the late 60’s to study at University of Uppsala. Very low population even then. I’m afraid it’s Socialism that has killed the Swedish and Norwegian spirits. Everything is paid for. And they pay horrible taxes for the welfare. Now the muslims stroll in,have been given carte blanche–everything paid for from birthing, school, university, living spaces + medical. FREE!! The ‘natural borns’ are furious and want to end these Liberal Democrat governments. I think Oslo is just the beginning! [Search: Rapes in Norway and Sweden]–all or most committed by immigrants non-western]. Both those governments ignore this… Read more »

I thought that Muslim was a peaceful religion…. Cause my friends Who happened to be Muslims were rather nice ,but this report changed my mind. I can’t help but feel hateful towards their idea of Women deserving to be raped and feel sorry for the innocent victims. Don’t women have their own rights? If they say it is alright to rape woman who are not ” covered”, then I guess It wouldn’t be wrong for me to rape their mothers or daughters when they are bathing?

This comment is deleted because “KHALIL” is the same person as commenter “Lu Ciffer” (see above). Same IP address. You, by whatever name, must think we’re stupid.
I do not like deception. And so, “both” Khalil and Lu Ciffer are banned from FOTM.
~Eowyn
Owner, FOTM