Mother and her son are in love, plan to marry and have a baby…

Via Daily Mail: A mother who was reunited with her son after giving him up for adoption more than 30 years ago says the pair are in love and trying for a baby after he left his wife for her.
British-born Kim West, 51, and her son Ben Ford, 32, who lives in Michigan, have been in a relationship since they met in 2014 and says they have ‘incredible and mind-blowing’ sex.
The pair came back into contact two years ago after Mr. Ford wanted to find out more about his birth parents and got in touch with Miss West. They found themselves sexually attracted to each other and shared their first kiss over a bottle of champagne in a hotel before having sex.
And just three days after they had sex for the first time, Mr. Ford told his wife Victoria, he no longer loved her and would be leaving. He told New Day that he told his wife: ‘Everytime I have had sex with you since I met her, I imagine it’s her I am kissing, otherwise I can’t perform.’

West, who grew up in Islington, London, became pregnant while studying in California and after giving birth to her son aged 19, gave him up for adoption. After Ford was adopted a week after he was born, she came back to the UK but was unable to make a relationship work.
But in December 2013, she received a letter from her son, who was looking to track down his biological parents. And ever since the pair were reunited in January 2014, they realised they were attracted to each other.
Now two years on, he is in a relationship with his mother with the pair living in Michigan in what they describe as ‘Genetic Sexual Attraction’ (GSA). And now they plan to marry and are even trying to have a baby together.
West, who works as an interior designer, told Alley Einstein of New Day: ‘This is not incest, it is GSA. We are like peas in a pod and are meant to be together. I know people will say we’re disgusting, that we should be able to control our feelings, but when you’re hit by a love so consuming you are willing to give up everything for it, you have to fight for it.’
Incest is illegal in the couple’s home state of Michigan and judges in the state are able to give out life sentences to those found guilty of the offence. However, it is unclear if a case against them would be pursued and the couple say they would move if that were the case.
Ford first got in touch with his biological mother in December 2013, while living with his wife in Colorado, as he wanted to know more about his birth parents. They arranged to meet up and the couple grew close, and eventually shared their first kiss.
Soon after, Ford, a freelance computer coder, left his wife after realising he had fallen for his mother and moved to Michigan, where they met with another GSA couple. Now the couple are planning a special wedding and hope to have a baby together. They also say they will consider surrogacy, if they are unable to have a biological child.
Genetic sexual attraction is a seldom-talked about phenomenon that occurs between adoptees and their long-lost parents. It describes feelings of intense intimacy between two relatives who have been separated during the critical years of development and bonding, and then meet for the first time as adults.
When an adult-child and their biological parent finally meet, the brain struggles to associate each other as family. Instead, they become captivated with one another, sharing similar physical features, likes and dislikes, which is coupled with complex feelings of intimacy. This can lead both parties to express their emotions sexually.
The phenomenon was first identified by Barbara Gonyo in the Eighties, after she a wrote book called I’m His Mother, But He’s Not My Son, which recounted her personal story of reuniting with the son she placed for adoption at 16.
Read the whole story here.
DCG

No matter what you name it or how you try to rationalize it…….eewwww.

There was a time when “science” told us that human beings have an instinctive revulsion to incest — nature’s way of protecting us from the inbred consequences of incest which are detrimental to our species’ survival. (See “Half of the world’s Muslims are inbred due to generations of incest” and “This is why have the incest taboo: 4-generation incest family discovered in Australia“.) Now “science” says just the opposite, with the new concept of “genetic sexual attraction” (GSA), blah, blah blah. Bunk! As for this mother-son pair, they can rationalize it with GSA, but it’s still incest by another name.… Read more »

Oh Dr Eowyn!!! I hadn’t thought of that. You are so right! Next we’ll hear of special rights extolled on mother/son and father/daughter couples. Brother/sister! Oh goodness, I’m having heart palpitations! This has really gone too far. I’m sure bakeries, preachers, courthouse clerks, and wedding chapels will be shaking in their shoes…and they thought giving gays what they want was bad!

This is WAY over the top ‘Bizarro New World Disorder’, IMO, and needs a total reality check ASAP. Nuff said!

SICK, on so many levels!

I for one am hoping that the ‘ol lady is past child baring. What if they did conceive a child and the child was malformed in some manner due to the genetic closeness of the relationship between the two of them! Frankly, he already looks to be on the goofy side, and the mother must be one brick short of a load. Dr Eowyn is totally correct . . . since the era when we were told “If it feels good –Do it!” All caution is thrown to the wind, with no regard for anyone else. This is truly perverse.

It was just a matter of time… I’d predicted that this would start with step-siblings (you hardly ever hear about that, do you? I wonder why?), and move on from there. The rationale used for gay marriage can just as logically be applied to incest; after all, why NOT? Just because YOU think it’s gross doesn’t mean it’s WRONG…after all, people said gay sex was gross and wrong, and now here we are, celebrating it! So who’s really to say? And besides, the Egyptians did it… White people are so uptight. [For the record: YUCK! It’s all perversion!]

I’m waiting for the “critter-human” weddings, “do you take this goat…”, to begin (I wonder how widower’s benefits will work).

If this story were true, they’d conceal it. This is a hoax, likely Satanically inspired as an affront to Christians. Furthermore, based on her easily identifiable Jewish facial characteristics in the photo, I’d wager that woman’s real family name is anything but West. 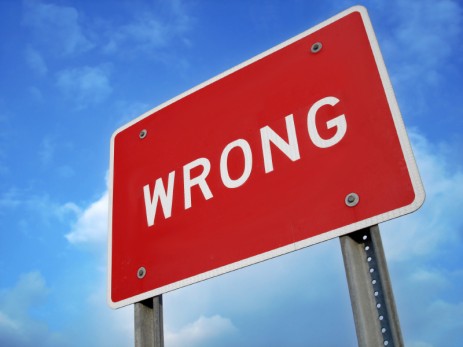 This reminds me of the novel and movie, “Savage Grace,” about the pioneer plastics family, the Baekeland Family, the mother of which sexually seduced her son in “an effort” to cure him of his homosexuality. Tony Baekeland wound up stabbing his mother to death and got the death penalty. From my years of teaching high school students in the Bronx, Brooklyn and Manhattan, and from my years of cab driving, I can tell you that incest is a phenomenon that takes place in every socio-economic group in society. I have spoken to people in Alcoholics and Narcotics Anonymous who were… Read more »

Guess the perversion of same sex marriage has been turned into same family marriage. Dogs do that, but humans?????????????​

Yup circling the drain……. I think I need a shower after reading that

What clergyman or civil servant in their right mind would ‘marry’ these two deluded individuals?

Just the sharing of recessive genes should be enough to terrify them.

Well, when you think about it, since there is nothing to prevent them from living together, & having sex, then what purpose does preventing there getting married serve,.?

Marriage is a social institution that confers society’s recognition and approval.