Guzman-Feliz aspired to be a cop.

Her son was brutally killed by gang members with machetes. This story went viral on Twitter and has caused much outrage on social media.
Yet de Blasio has plenty of time to head down south to try and visit illegal alien children.
From NY Post: An innocent city kid who dreamed of becoming a cop was executed on a city street last week, yet Mayor de Blasio and Police Commissioner James O’Neill had yet to reach out to his family with even a phone call days later.
“I have not heard from them. No, no one in their offices contact me,” Lesandro Guzman-Feliz’s tearful mom, Leandra Feliz, told The Post on Sunday, stopping at one point to kiss a framed photo of her dead son that she clutched during the interview.
“This is him,” she said motioning to the photo. “He was a very good kid. He dreamed about being police.”
Guzman-Feliz, 15, was stabbed to death Wednesday outside a Bronx deli by a pack of gangbangers in a suspected case of mistaken identity.
Instead of paying his condolences to Lesandro’s family Sunday, de Blasio instead spent the day holding press conferences on speed cameras and attending the Gay Pride Parade.
A de Blasio spokeswoman said Hizzoner would call the mom “soon” but could not say specifically when pressed by The Post.
NYPD officials said O’Neill would attend a wake for Guzman-Feliz on Monday to pay his respects.
Leandra Feliz spent Sunday making funeral arrangements for her son. He will be buried Wednesday.
Council Speaker Corey Johnson called the killing “a horrible crime against one of our young people. We need people like Lesandro in this city, and it’s just such a tragedy to lose him in this brutal, brutal manner. His is such a loss for all New York. I’m sure he would’ve have grown up to be a police officer and make this city a better place,” Johnson told The Post in a statement.
At least five men have been arrested in the slaying, according to police sources.
The goons — believed to be part of the ruthless Dominican gang Trinitarios — mistook Guzman-Feliz for another youth who allegedly taped a gang member’s female family member having sex, according to police sources.
DCG
Please follow and like us:

Good Lord, what a hideous and tragic story.

Yes, and in light of that, just how hideous does one’s “beliefs” have to be in order to support illegal immigration. That’s like “supporting” child rape. It isn’t something that should have a “positive position”. They have conflated “immigration” with “illegal” immigration and decided that it is all the same thing. Just like pedophiles claim that sex is sex even if it involves those who are too young to resist. We all know that words are important. In these times words are carefully selected for their intended purpose. To be honest I find it almost impossible to believe that people… Read more »

Yes, yes, and more yes. It galls me to see/hear fellow Voluntaryists scream about open borders. Are they insane, stupid, or criminal? There CAN NOT be open borders with a Welfare State…poor people would flock to the best welfare countries and the rest of us would move out (though, at this point, where?). I am absolutely gobsmacked that there are enough people who buy this bullsh*t to form a GROUP, let alone take over the entire educational system AND the media (and the courts, and religious groups, and…what else?). The Left’s emphasis on “individual rights” (abortion, sex work, drug use,… Read more »

Yes, as a matter of fact I did know that they had a Southern wall. They also have MUCH stricter immigration laws than we do. Of course it is difficult to imagine why anyone would be moving to Mexico (but they do). Once upon a time I was in a parish and we had a “sister parish” in Chiapas Mexico. That is the farthest Southerly province. We did some volunteer work there. It was depressing, to say the least. The indigenous people were wonderful, but terribly poor. The Federales steal most of what they make picking coffee each day. They… Read more »

de Blasio is deeply hated by many New Yorkers, which leads me to suspect he was elected by voter fraud.

That restores my faith in New Yorkers.

I think that’s the way it is for most (if not all) states these days. No more pesky paper ballots.

We learn more about the Mayor’s priorities every day.

But, but we’re told Democrats care so much about “separation of families” that, as Congresswoman Maxine Waters urges, they’d attack Trump administration officials for that? /sarc
With each day, I’m more and more convinced that Democrats, like deBlasio, are psychopaths.

They are delusional too.

My heart goes out to that poor kid (what a truly vicious way to die- I’d rather be shot than hacked to death by machetes) and his mom….it’s bad enough he is gone but that is beyond what anyone should go through.
Of course if he was say “transgendered” or one of the darlings of the favored LGBLT class, and some white people did this, it’d be all over the news. 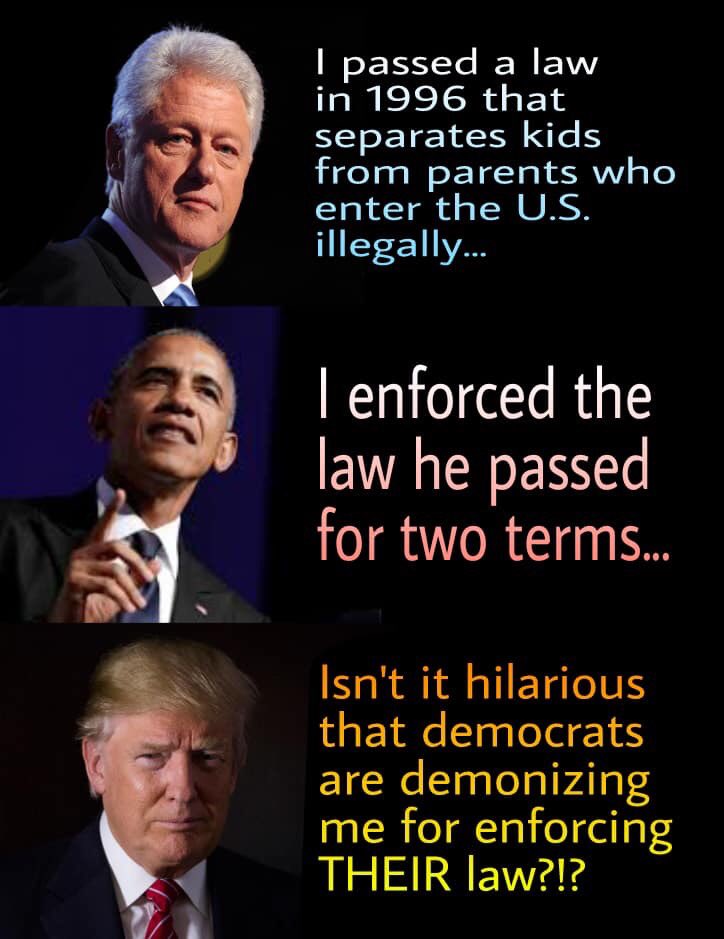 New York is just as nuts and broke as California.

Such a sad tragic story about one of the good ones. Of course DeBlasio wouldn’t show condolences for this young man, he has already proven how much he hates police offices to the degree they turn their back on him when he arrives. And of course he would rather go to the gay parade since he is married to a bisexual. What a guy.
I agree with the comment of did he or did he not win legally.

Our situation can be resolved in only one of two ways, either…
1) The return of Jesus Christ, or…
2) A full-blown Civil War between the American Patriots and the Communists.
Nothing else is going to resolve this, and anyone who truly thinks there’s another way is dreaming! It is too far gone to be corrected by educating and voting.
~ D-FensDogG
STMcC Presents ‘Battle Of The Bands’

POSTSCRIPT:
How can you reason with demonically-possessed people who don’t even believe in the reality of objective facts? Who have animal pack-like reactions and can switch into the mindless “Two Minute Hate” mode in a matter of minutes?
https://www.youtube.com/watch?v=Of1Od0n_y34
~ D-FensDogG
Ferret-Faced Fascist Friends

No long post needed: this guy is like a stain on a nice couch. You look at it, but for all the wrong reasons.. what a filthy weasel

What about all the kids taken from their American parents by DHHS/CPS? They aren’t even given a real chance at being reunified, just hoops to jump through. And you can’t say that if an American parent tried to go to another country that the same thing would happen to them because I had an open case against me and my son when we left the USA to come here to Bolivia, I told the caseworker I had bought the tickets before the case was opened (the case was because my roommate had too many cats, and I stayed in the… Read more »

It’s just as well the Horse’s Ass has not called this poor mother. If I were she, I would spit in his eye. This jerk hopped on a jet to Germany to break their laws over there the moment one police officer here was assassinated in her cruiser: We already know all we need to know about Warren “Kaiser” Wilhelm.
DEBLASIO GO TO HELL!

Bill deBlasio is more interested in race baits and furthering his left-wing agenda than compassion or propriety.