TDS-infected birds of a feather flock together…
The Traverse City Film Festival was co-founded by Fat Man Michael Moore in 2005. This year they are giving an award to Hanoi Jane. Bet the Fat Man is also proud of Jane’s VILE brother, Peter Fonda.
From USA Today: Jane Fonda will receive a lifetime achievement award at a northern Michigan film festival led by fellow Oscar winner Michael Moore.
Moore announced Thursday that the actress, author and political activist will be honored during the 14th annual Traverse City Film Festival, which runs from July 31 to Aug. 5. Details of her appearance and this year’s film and event schedule will be announced June 29.
Fonda won Best Actress academy awards for her performances in “Klute” in 1971 and “Coming Home” in 1978. She has received five other nominations.
Since 2015, she has starred in the Netflix sitcom “Grace and Frankie.” Her most recent film was the comedy “Book Club.”
About 100 movies will be screened at the festival in the Lake Michigan community of Traverse City.
See also:

“about 100 movies will be screened at the festival” = 200 hours of liberal gibberish. Snore. I must really be a hermit. I don’t even know anyone that pays any attention to this crap, much less would attend such.

Honor Jane Fonda, she was nothing but a Traitor to her Country and should have been charged with that at the time. Yet again Hollywood so many of them defended her. I remember John Wayne and his attitude to her, great man true Patriot. All those young men who went to Vietnam they were there to save her arse, excuse my langugae. They fought and died and those that came back and suffered, fought for America’s Freedom. I have always detested her, I don’t like that Moore bloke either. As for that creep Peter Fonda what he did was disgraceful,… Read more »

Anna Cottage . . . .God Bless you for your wonderful words of praise for our President. I just heard on the radio yesterday — our National Debt has actually GONE DOWN! There is little doubt but what this is due to Trump reeving up our economy. Also due to the booming economy, more people who could not find jobs under the Obama administration, so they went on Social Security Disability, so that they would have some kind of income, are now leaving that behind to seek higher paying wage earning jobs in the private sector. The fact that less… Read more »

Does anybody actually attend this “event”?

Been waiting 50 years now for “Barbarella II”. Would be a great project for the ‘nut case’ moore while jane is now in her apparent prime. May be even a role for her lunatic brother pete……Any thing goes in hollywood.

I love it. Lifetime Achievement Award! For what?
Memorizing a script every few years so you can pretend to be someone you really aren’t?
Puh-leeeeeze.
Making a fool of yourself at so-called political rallies?
Go do something useful with your time or go to bed!!!

MyBrainHurts . . . I agree completely with your comments. Bravo!

There is no love lost between Hanoi Jane and myself. But it should not be a surprise that this old hag should be given an award. I mean, Barack Hussein Obama was given a Nobel Peace Prize, for being black. It is funny though, when the losers give themselves prizes for being the total losers that they have become. Jane and Peter are both worthless human beings. I saw Peter on youtube there day, making a statement about President Trump, and how he is a piece of garbage, and all the rest, you know, the leftist line of the day.… Read more »

I forgot to mention, that Michael Moore is a worthless piece of garbage, who is coming back to my state. Some people who are from Michigan are actually good for the country. Kid Rock, for example, and Jeff Daniels. Both come back to Michigan often, and Kid Rock has a brewery in Romeo, by Detroit, and Jeff Daniels has a theater in Centerville. Madonna is from Michigan as well, but I am not so proud of her. I think she was born near Detroit, as well, but I am not sure. I know that she owned a huge house near… Read more »

pigpen51 . . . . Excellent comment. You are a far better person than I, I spoke ill of Obummer because he withheld his true birth certificate, his school transcripts, and many other things–I felt that he was a person with severe character defects . . . and yet he was elected to the office of POTUS twice!

I agree that the reason Obama won the Nobel Prize is because the Nobel committee thought he was black. Unfortunately the committee picked the wrong person as a black guy. Obama’s mother is white. His grandmother was white. Obama’s father listed his ethnicity on his passport as Arab. Therefore Obama was not our first African American president. He was our first Arab American president.

obama’s father is what is at the true center of obama’s fraud. Any half-wit can grasp the simple fact that a “Natural Born U.S. Citizen” can not be born of a foreign father. It defies the logic and the whole purpose of the composers of our Constitution, which was to ensure that the allegiance of he who holds our highest office not be sullied by compromise loyalties and foreign interests. obama may as well been fathered by stalin him self. And not a single person in our government, our courts, our media, not even those radio hosts such as rush… Read more »

If Justice is done,Obama would be charged with high crimes against America,and the rest of the World;he falsified information critical to his eligibility to run for President,he intentionally and enthusiastically concealed information which,if charges WERE filed,would have been sufficient to be considered EVIDENCE of a crime,he perjured himself repeatedly on his eligibility during his tenure and secondarily,he signed Executive Orders several times to enact policies that put Americans at risk and actually had some influence in getting Americans KILLED. It’d be a CRIME to NOT prosecute him.

BTW-Nancy Pelosi should ALSO face charges for Complicity in High Crimes against America and the World,because she VETTED this relatively UNKNOWN person without checking a single document to see if he could run for President.

They should rename Hollywood “Commiewood”, since it’s obvious that only “popular” actors and actresses are promoted if they spew the “party doctrine” in public ad nauseam.
Tell me again, just WHY should we follow what these professional fakes (actors) say again?
It’s like that old commercial for asprin, “I’m not a doctor but I play one on TV”- so we should just listen to them because of that?

Stuff ’em ALL into a Limo and give it a Thelma & Louise send-off into the Grand Canyon…..

Traitor Jane Fonda -Hanoi Jane her so well earned title, should be given a lifetime betrayal award instead, so many life’s lost and so many lives ruined in the ignominious VietNam war, her run down pot head brother, another scum bag paired off with Lard Moore, should be forgotten and all must go down in shame. Love for country is above fame.

The war is over Jane Fonda didn’t create policy or sold secrets to the VC, it’s time to move on and forgive…..
Besides the whole Fonda stuff is the prime reason why movie and sports stars should not mix what they do with politics

Ain’t got not time to forgive some traitor like Hanoi Jane. 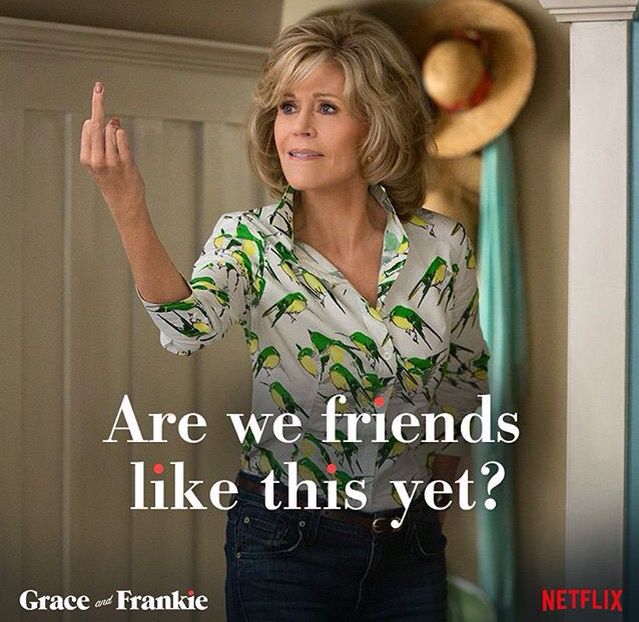 Commies always support each other.
-Until they don’t.