On Wednesday, October 10, 2018, a Jewish woman, Teresa Klein, called 911 on a young black boy, accusing him of sexual assault by groping her butt at the Sahara Deli Marketon on Albemarle Road in Brooklyn, New York.

Andrew Ramos reports for PIX11 that the woman identified as Teresa Klein was being rung up at the front counter when the boy walked by. According to Klein, the boy “grabbed my ass,” prompting her to call 911.

Outside the deli, Klein confronted the boy, with his mother and younger sister. She yelled at them, causing the children to cry.

A bystander, Jason LittleJohn, took a video and posted it on Facebook, which drew over 6 million views by Friday evening. LittleJohn told PIX11, “How could she be sexually assaulted by a nine-year-old child who is walking by. He was so traumatized by the situation he started crying, his sister started crying.”

But as you can see from the deli’s surveillance video below and the GIF I had made, the boy did no such thing. What happened was that as he and his mother left the store, they passed behind Klein, who was standing at the checkout counter. The boy’s backpack brushed against Klein’s butt.

Despite the video evidence, Klein is sticking to her account.

Speaking to PIX11 outside her home, Klein claims she’s been harassed after the video went viral and accuses the boy’s mother of threatening her in person and later in a voicemail. Klein said:

“I was standing at the counter, and I was sexually assaulted. I understand how it looks but she [the boy’s mother] escalated and then I lost my temper at her not at that child.”

Klein also said the mother claimed she was a police officer, despite video footage of Klein declaring “I am a cop”. Klein also insisted that she had filed a police report on the day in question, but NYPD officials told PIX11 no report pertaining to the incident exists.

Brooklyn Borough President Eric Adams is calling on the NYPD to investigate Klein and determine whether or not she had broken the law in making a false allegation against the boy.

For more post-Kavanaugh feminist hysteria, see “Feminist professor screams at her 71-year-old husband: ‘I hate all men and wish you all dead!‘“.

I saw this and made me angry, that young boy did not deserve to be profiled. Sorry is not acceptable, hope the authorities handle it the right way and the young child is not harmed by the allegations.

This MeToo crap has gone way too far if you ask me. This is a perfect example.

She looks more like a “Shlomo” than a “Teressa”. Why is she (?) lying on the counter with her ass sticking out in the aisle? She was probably screaming for help, being the “polite” sort of person she’s (?) shown herself to be.

She looks more like a “Shlomo” than a “Teressa”.
Ha ha, yes my first thought as well!
Any idiot who looked around and saw a kid with a backpack would have immediately understood what had happened. Just more proof of mentally ill leftists.

At first I thought it was Howard Stern.

And I got arrested for less—for nothing, actually: Just a woman making up a story. (Waiting for my court date).
The whole world is going crazy. Just this morning when I woke up, there was a report on a Middle Eastern man—an UNLICENSED livery driver (illegal!)—getting out of his car and beating a 62 year old Jewish man to the ground. (A bystander got it on video). 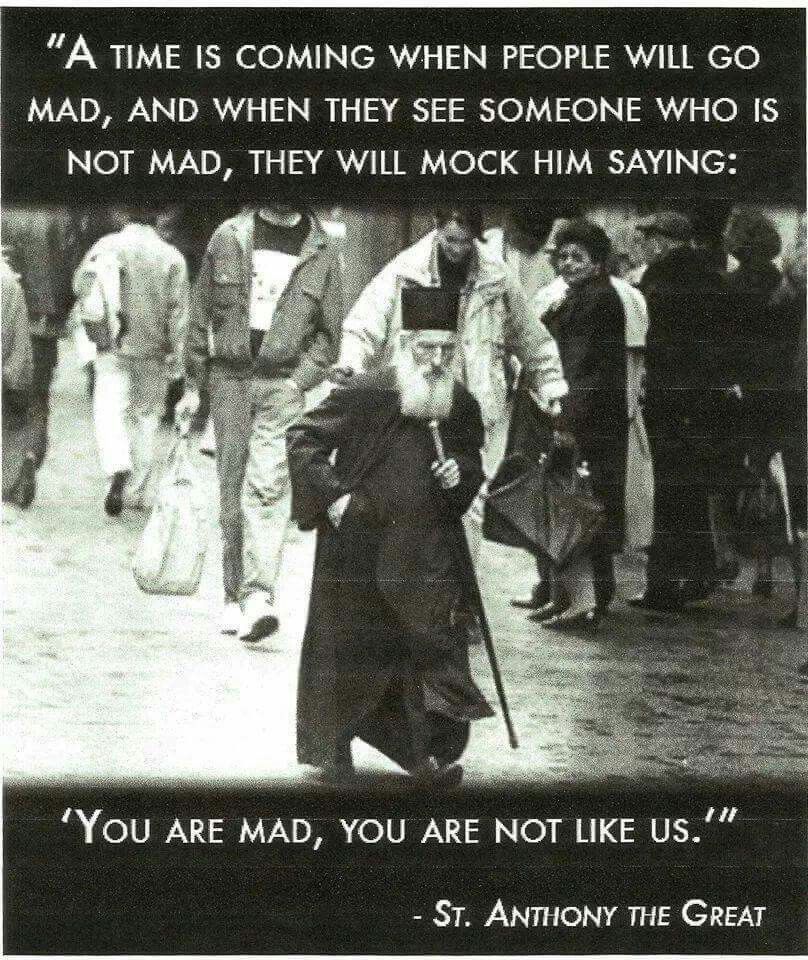 That’s exactly right, Lana, and I have been wondering what can account for it. We lived through the Sexual Revolution, and then somehow survived 32 years of bad Presidential leadership after Reagan. And we’ve had excessive materialism, and, finally, mainstream propaganda. And the sex obsession hasn’t ended with mere gay rights—it’s moved on to gender confusion. As if this is not enough, the Catholic Church is headed by a monster impostor, “Frankenpope.” Where it all stops is anyone’s guess. Talk show host Michael Savage has a new book, “Stop Mass Hysteria.” But can the mass hysteria be stopped? Camille Paglia… Read more »

Well Marxism is surely the means employed by the ” elite” to misguide the people, but there is something else at work here too, and I think that is what the meme with the quote by at Anthony refers to in an oblique way; that is that in the times, people will be so far removed from any spiritual awareness and wisdom that they cannot even perceive truth, and hence become almost inhuman in their thoughts and actions. The Hindus of course call it the Kali Yuga, an age where such spiritual forgetfulness and ignorance prevails that mankind sinks to… Read more »

Great points, Lana. Not to lecture at all, but, as we’re all born as “pink frogs” into Original Sin, we’re all at “the very nadir of spiritual awareness,” and I think that the fact that most people today are not baptized—or have fled any religion at all—that real spirituality, real knowledge and love of God is impossible.
The whole world, almost, is going ape-sh*t. 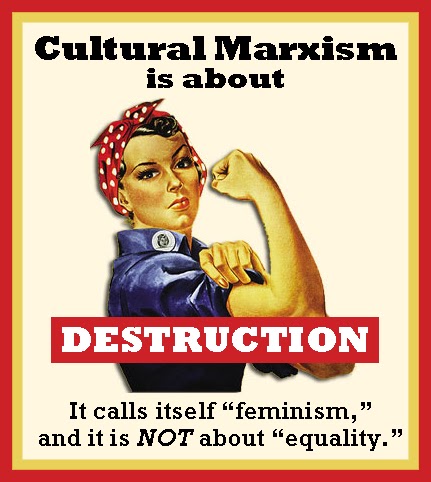 Now I understand better, thanks to the late Joe Sobran, that FDR was either a secret Communist or a wannabe, and that he infested his entire Administration with Commies and pinkos. (Of Course, Ike was, regrettably, just as bad!)

To prove your point, here’s a strategy to get Demon-Rats elected in Wyoming:

Now, this would be tacky with a pretty candidate. Take a long look. Maybe that “Heaven’s Gate” guy got out in the nick of time.

Scaaaary, really scary. In addition to the strange strategies, dude looks like a lady, er I mean lady looks like a dude.

Oh I thought you meant used panty sales as the strategy -tranny secondary.

Yeah, that too!! You said it was crazy, and it IS!

Deborah Reno, aka Mystee Crockett who stripteases and sells “dirty gym shorts” online, sure looks like a man. If Evanston, Wyoming voters still vote for it, then they deserve it.

Not to mention that the town of Evanston has a population of 13,000. Why is he/she (it?) running in a town he/she (it?) doesn’t live in. In fact, it’s in another state entirely. Don’t they have residency requirements for office in Wyoming?

And let us not forget that Wyoming gave us another “prize,” the execrable criminal DICK CHENEY. (Not to be confused with, or preferred to, Lon Chaney!)

I’m glad (?) you reminded me! I’d forgotten all about that. I wonder how his lawyer’s face is doing after Cheney tried to blow it off? Shooting a lawyer is probably the only understandable thing he did while he was in office with Sparky.

I continue to pray for you, Steven. If It’s become this crazy now, I shudder to think what’s going to go down after election day. To paraphrase Bette Davis- Fasten your seatbelts, It’s going to be a bumpy month.

Thank you, Kris. It’s a day at a time for me (and I’m not at an A.A. Meeting!) The latest is: My court date is Wed., Nov. 7th. Hopefully, my lawyer can “slay the dragon.” (Or “dragonette.”)
In the meantime, my landlord freaked and vowed to evict. This, after being only ONE WEEK behind in a year and a half.

I think this poor deluded woman wishes someone would caress her skanky butt. This is a travesty . . . and she is a raging nut job. This is the very kind of insanity that makes the majority of us distrust the #ME TOO goof balls.

“a jewish woman” what does that have to do with anything? more like an ugly lesbian

Read the Talmud. Practising Jews consider all goys to actually not be humans, literly animals. For them there are no demerits for hurting or scamming a goy and in certain cases they get extra blessings for killing a goy. The fact that this woman is Jewish is very relevant, in my opinion.

What utter BS. It’s people “reporting” fake stuff such as this that spreads hate and is not helpful.
However, I do believe the woman needs physiologic help.

It’s not a choice between “hate”and love. It’s a choice between truth and lies. I’ll go with the truth every time, because Satan is the father of lies. The advent of the Internet has brought to light many of The dark secrets of the past 20 centuries. Now any curious reader can study the Talmud and the Zohar of the Kaballah and confirm for themselves what is written in these volumes… if they have the stomach for it.

But here’s the problem: I’ve lived in New York for my entire life. Some Jews are exactly what you describe. And yet many more are the nicest people you could ever meet. It is their organization and their cosmology that is to be feared, and I think many Jews are kept “on the reservation” and in ignorance, by their masters. (I read Dr. Makow).

Poor kid. ANOTHER Leftist Moonbat TRAINED to react like a lunatic. What was she doing anyhow, sleeping on the counter?

Here’s another example of “Female Empowerment” and the absence of “Toxic Male Influence”.

I thought of Steven when I saw this. I saw another, very similar one from NYC yesterday. I sense a pattern here.