Crazy talk.
From Daily Mail: Democratic Rep. Maxine Waters  says President Donald Trump‘s public remarks should come with a parental advisory.
Waters called Trump a ‘racist’ and said he is a ‘terrible role model for our children’ in a response to Trump’s State of the Union address that aired during a BET special on Wednesday evening. ‘Whenever he appears on TV there should be a disclaimer that says “This may be may not be acceptable for children,” ‘ she said.
A vocal opponent of Trump’s in Congress, Waters called for his impeachment last month after he was accused of calling Haiti and African nations ‘s**hole countries’ in a conversation on immigration.
Hounding him on Wednesday for the comment Trump says he did not make, Waters said his ‘vulgarity and his disrespect for women and people of color’ warrants a disclaimer.
At a luncheon with network anchors on Tuesday afternoon Trump mused that he wants to unify the country. ‘I want to see our country united. I want to bring our country back from a tremendous divisiveness,’ he said, ‘which has taken place not just over one year, over many years, including the Bush years, not just Obama.’
The annual event preceded the president’s State of the Union address, which the White House said would be bipartisan in tone.
A line on immigration reform and Trump’s desire to restrict migration to nuclear families had Democrats hissing, though.
Democrats were also chagrined about a reference Trump made to MS-13 and the gang’s recruitment tactics. They accused Trump of falsely equating vicious murders with Dreamers, the illegal immigrant youth who came to the United States as children.
Waters said ‘it’s impossible to believe’ Trump when ‘he tries to declare that he wants to bring the country together’ because he has ‘divided the country in ways that no other modern president has done.’
‘One speech cannot and does not make Donald Trump presidential. He’s not presidential and he never will be presidential. He claims that he’s bringing people together but make no mistake, he is a dangerous, unprincipled, divisive, and shameful racist,’ she said.
Waters said her remarks are not just a response to Trump’s address, ‘They are a warning to the American people – a warning that this president does not deserve to represent us, and that he’s taken America down the road to isolation and division.’
Acknowledging her impeachment call, a year into Trump’s four years in office, she said, ‘The time is now. We must organize, challenge and resist.’
DCG

Oh, no! The brainwashing might be reversed if they hear the truth!

I don’t see anything wrong on behavior with Trump’s kids. Look at Baron Trump
Compare them to liberals,kids. Now, what do you have? I fear the liberals next generation#

weezy . . . . Now that is a profoundly accurate assessment. I fear liberals children, if the parents are as crazy as the libs are today . . . Heaven only knows what their children will be like.

Here she goes again, this beast disgorging her vile as if she cared so much for children. Latrine Waters injects hate every time she bats her eyes and opens her nasty trap. Why doesn’t she spend time with the underprivileged negro parents and children and give them hope for a better life? How can a savage like her stays in power, well, I don’t see her rubbing elbows with the party elite but the party trash. She’s a two-legged rat.

She’s like the female version of Al Sharpton. Maybe there’s a Tawana Brawley out there still.

If you wish to understand the character and intelligence of the black race you have no better example than the people who would elect Waters as their champion. A lower form of race baiter, community organizer, and all around parasite would be hard to imagine. One would describe her as a cancer except that would be a grave insult to cancer. Generally her appearance anywhere is greeted with the same delight as a notification that you have AIDS. Her speeches demonstrate that speaking in tongues still exists, you just wish she’d demonstrate her faith by snake handling and giving one… Read more »

ignorant, brainwashed, racist, lying, corrupt, bank fraud, spiteful, hate-filled douchebag…and she keeps getting re-elected…
waters is the prime example of why term limits need to be in place and why we need special prisons for politicians…we’ll call them “water board” resorts.

MomOfIV, you left no words in the dictionary for me to classify this microbe, so I will continue calling her Latrine Waters.

Reblogged this on kommonsentsjane and commented: Reblogged on kommonsentsjane/blogkommonsents. How does? Maxine Waters emerged as a “poverty warrior” Waters owned a $4.5 million mansion, another property worth up to $1.1 million and a time-share property in Palm Springs, adding that those were “savvy real estate acquisitions for a public servant with a $174,000 House of Representatives salary.” It sure sounds like there is a lot of “monkey business” going on. How does she maintain those properties on her current salary?. Just to keep the water, maintenance, and lights on would take her salary. Since Comey has been fired does anyone… Read more »

Racism seems to be the dominant issue of all most every black politician. If your not black, your every act is based on ‘racism’. That is exactly how obama got a free ride for eight years never being confronted for his illegitimacy. It is my understanding that blacks represent no more than 15% of the U.S. population, but they seem determined that they are entitled to 75% of the representation in congress, the senate, and every where else ( not to forget hollywood’s oscars and grammys). In my opinion they did not even rate a black president, much less congress………..but… Read more »

Firstly, Obongo was “installed”, not elected. The primary reason was as you described. It was an aspect of the necessary division they needed to help usher in their replacement society. Our Maxine would have trouble jerking slurpees in a 7-11. Look at Valery Jarret. I read that she was “worth” over $40M. How did she do that? Her only jobs have been government jobs. I was a government official once. The MOST she could have made from that in any year would be <200K. So we know she’s dirty. They don’t pick these mouthpieces for their brilliance. She’ll say anything… Read more »

” She’s to dumb to be embarrassed. She’s “perfect”.”
I go to post sometimes and then I read your comments and I think to myself, what’s the point, Lophatt already said it, and said it way better that I ever could. Today was such a day…..you said it perfectly.

Please run for president, Maxine. Do Trump a favor. Or better yet, Pelosium.

Great video. What a laugh. Back in ‘09 during a House hearing Maxine threatened big oil execs she’d get the government to take them over. She stumbles over pronouncing “socialize” while people around her are stifling themselves from breaking out in laughter.
The thing is, if Maxine’s no-unemployment socialism ever took hold and her constituents had to work for their phones, flat-screen TVs, Doritos, and Nike sneakers, this race-baiting poverty pimp would be tarred, feathered, and run out of town. 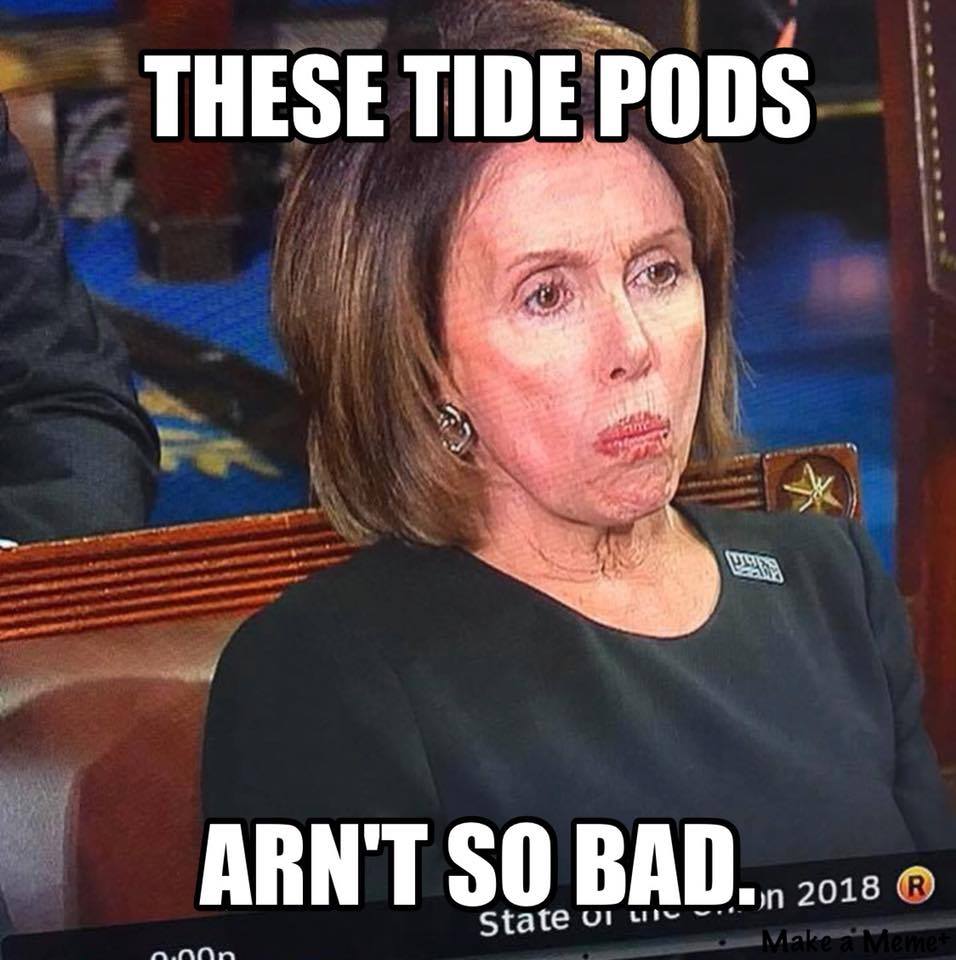 Maybe she could join “The Pod Challenge”.

Looks to me she’s trying to dislodge shit off her cheek!

She’s trying to keep the demon’s in. 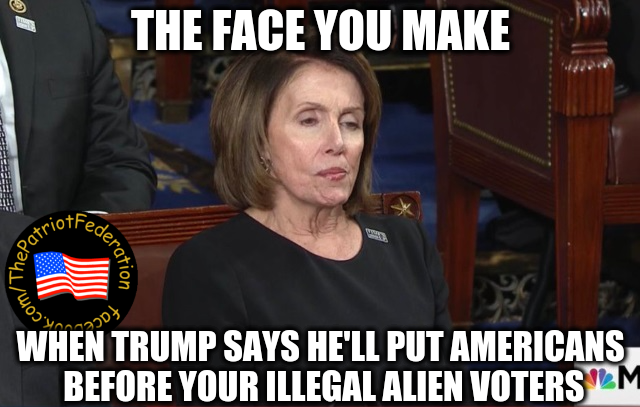 This take she looks absent (she always does, I think they use her to stir the pot, really!) when she is speaking before an audience she appears jittery, bobbing her head and hands, her eyes fixed, she’s creepy.

Chewing her dentures, b/c everything that comes out of her mouth is not just OUT of her mouth, but OUT of step with the American public at large, including, not just her dentures, but every idea she’s ever spewed upon us, including this continuing fairy-tale that she supports about chain-migration, unprotected borders, and “immigration” lottery being GOOD for us…..right now, Nancy probably has more assets and liquid cash in the bank than her whole state of Mexifornia. In a parody of SNL….”Mexifornia has been very, very good to Nancy Pelosi,” not so much for the ones who live here and… Read more »

With apologies to Capt. Kirk, but Maxine Waters is fruitier than a nut cake.

They don’t want ANY smart sane people in government.

McKinney got replaced with Hank (Guam is going to tip over) Johnson.
LOL – Our 4th congressional district has some serious issues.

I had forgotten about that guy. I wonder if he knows Maxine?

Maybe she and Cowboy Fred Wilson should go partners in a burger stand. They could call it “Nothing Burgers”,featuring the “Racist Crap Burger”,(only $799.99 today only-we might not BE here tomorrow.)

Applying the word “rabid” as a noun… “Silly rabid, America is for Americans!”

Perhaps good ole Maxine in all her hatred and divisiveness remarks about Trump can explain why her precious black caucus and the others on the left can explain why they sat on their hands and refused to acknowledge the fact thing are better for blacks now than in all history and then denied those two couples that lost their precious daughters to MS13 crimes any kind of compassion at all. I think their transparency was pretty blatant as to where their loyalties lie and it isn’t with blacks.

What are the sashes around their necks? Is that some ‘caucus’ inside the caucus? And if they want equality shouldn’t they be sitting black/white/black/white/other???

On somebody else, like a priest, those would be called “albs”. Maybe its the Louis Farrakhan achievement medal.

maxine pond water with the IQ of nun-ya how did she pass the boards? I’ll bet if you dig deep enough someone else took those test much less pronounce she now way passed those test/☻-▒ 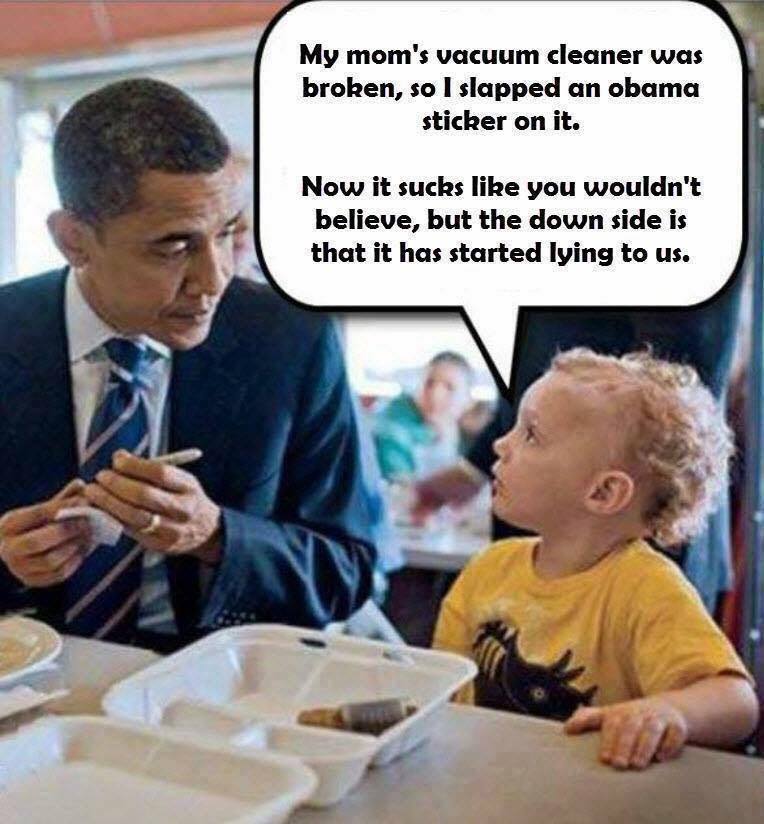 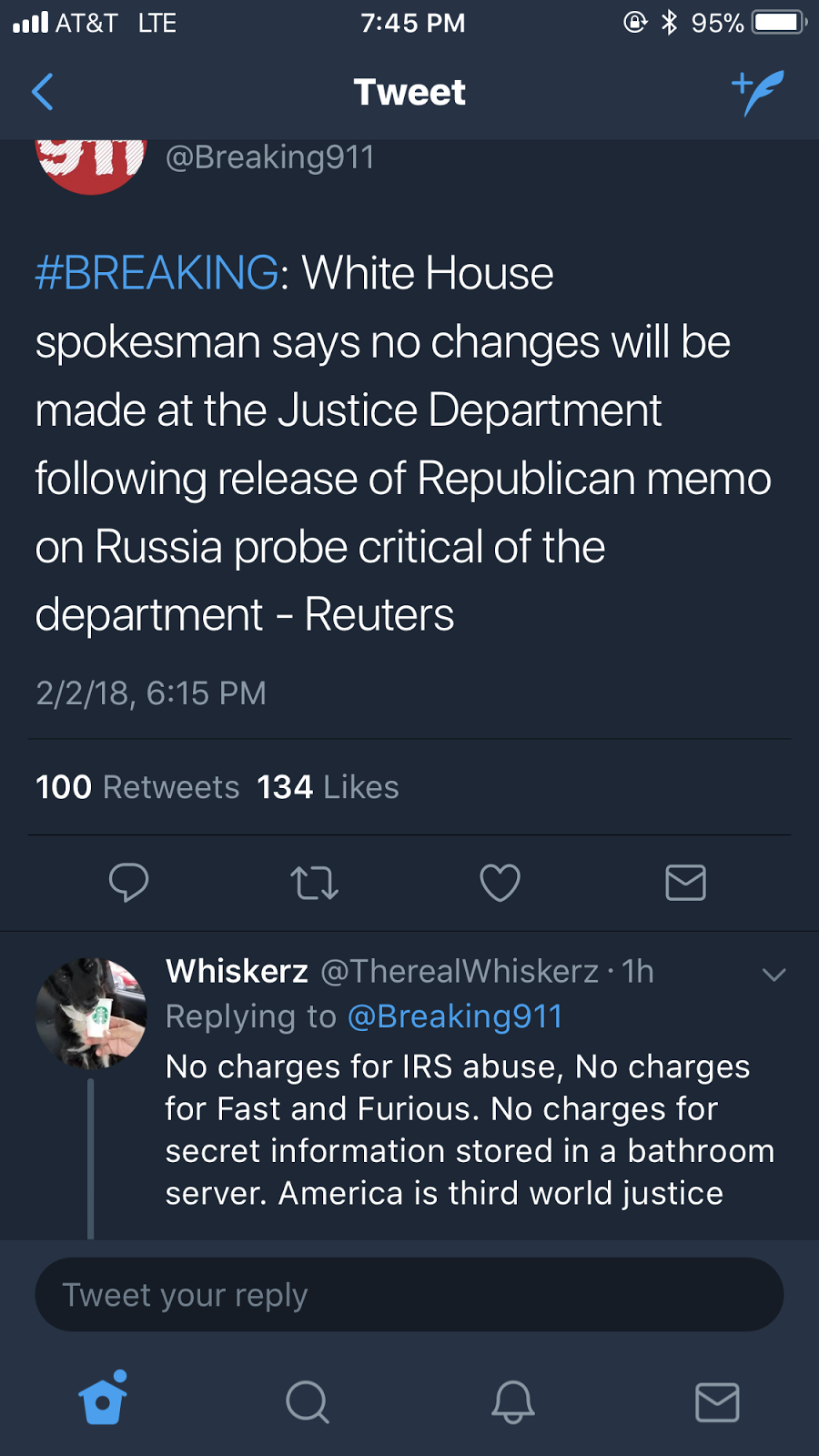 So what’s the point of Trump insisting that the FISA memo be released?

I don’t want to be the constant “neigh sayer”. It flies in the face of all reality and common sense to leave these criminals in place. If that’s what happens, I’ll take no pleasure in being “right”.
I don’t think he’s stupid. Only someone stupid or complicit would allow this.

Only someone stupid or complicit or hamstrung would allow this.

Good point. Someone needs to fix that.

You may want to watch this short video. It seems that Rosenstein “threatened” the Intelligence Committee. How’s that for cocky?
https://www.thegatewaypundit.com/2018/02/breaking-fox-analyst-rod-rosenstein-threatened-chairman-nunez-house-intel-members-meeting-3-weeks-ago-video/ 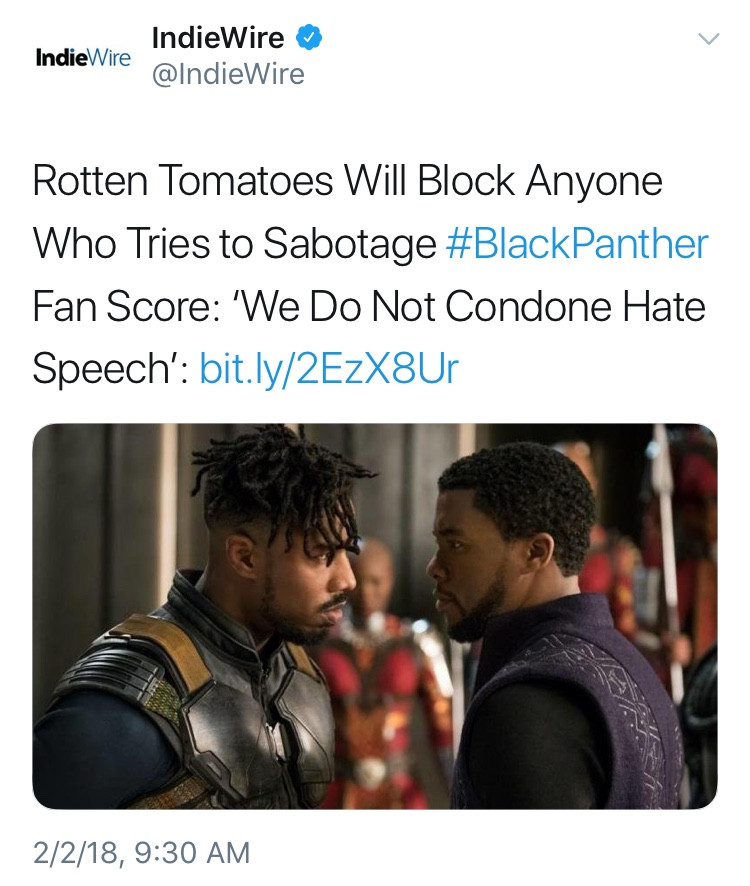 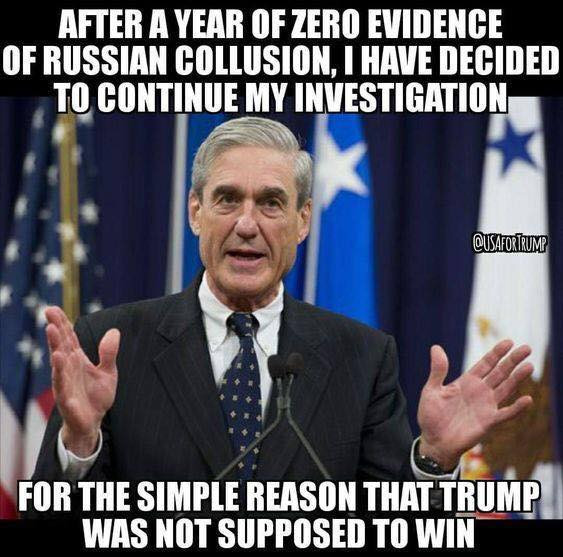 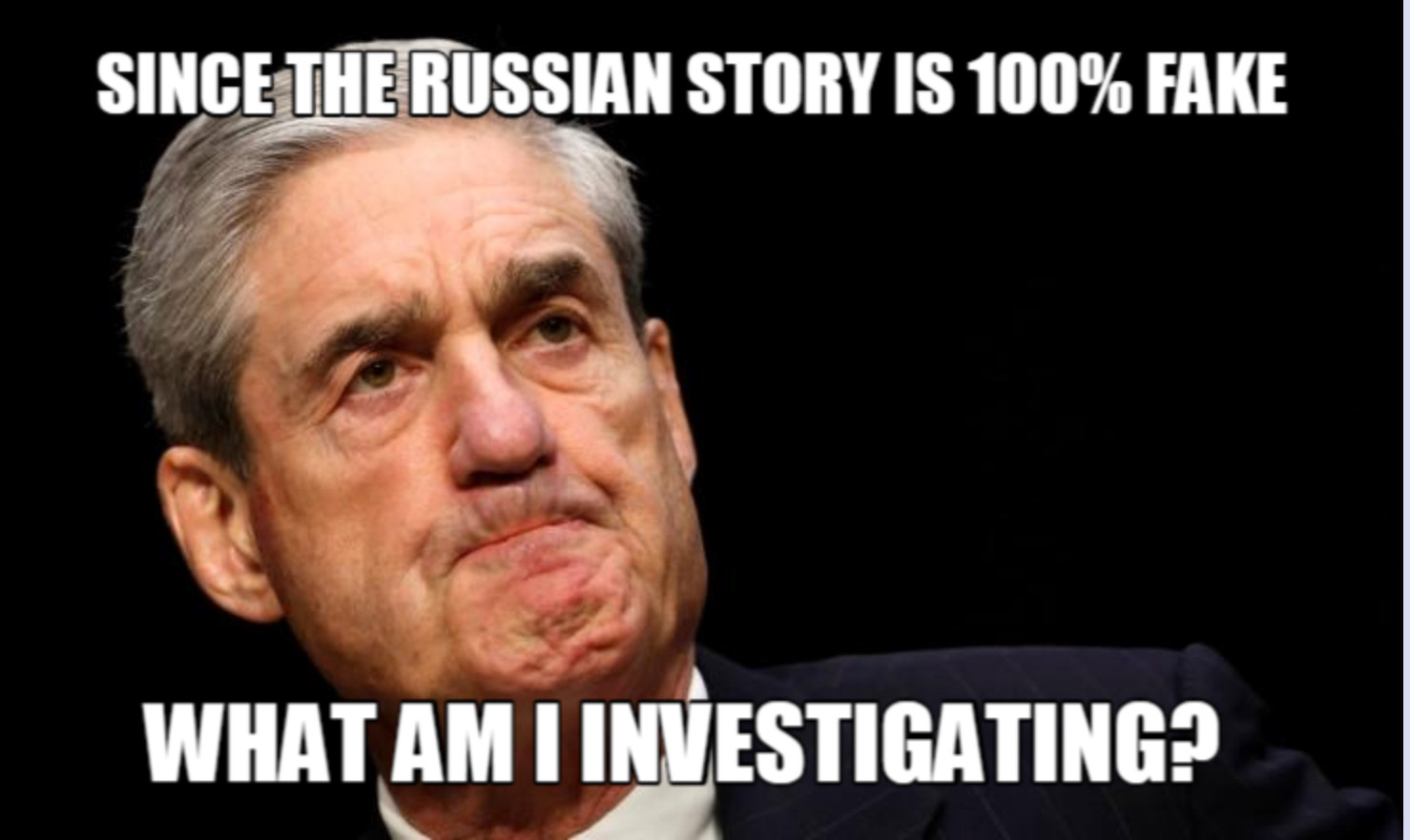 I think the answer should be, you’re done investigating and your little buddies are headed to the slammer.