Man who pretended to be blind found dead in ditch

Life is full of ironies.
A man who pretended he was blind to elicit sympathy, apparently didn’t see a flooded ditch, fell into it, and drowned. 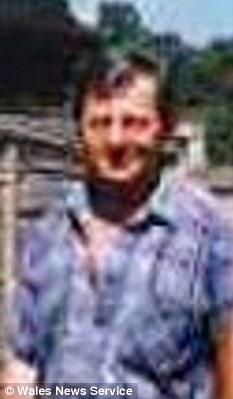 The UK’s Daily Mail reports, July 27, 2012, that 65-year-old Geoffrey Haywood of Newport, Wales (pic above), who had pretended to be blind to get people to pity him, was found dead in a flooded ditch.Haywood was a mama’s boy who had lived with his mother for most of his life and worked as a mechanic for Land-Rover. His family believe he pretended to be blind so people would care for him like his mother used to. His sister-in-law Carol Haywood, 63, said his life “seemed to fall apart” when his mother died about ten years ago:”He couldn’t cope without her. She had been his rock but when she was gone all his problems started. It didn’t happen overnight but he gradually got worse and became more and more convinced he was blind. We think he pretended to be blind because it made him seem vulnerable, and he just wanted people to care for him like his mother used to. He suffered with psychological problems his whole life. He was born with only one ear, children used to tease him terribly at school and I don’t think he ever really got over that.”

Haywood’s brother Howard said: “Geoffrey had psychological blindness which started after the death of our mother. I would put a Christmas dinner in front of him and he would say, ‘Where’s mine?’ But if someone dropped money in front of him he would pick it up straight away. I believe he used it as a way of convincing people to take pity on him and help him. It became worse the more pressure that was on him, when he was lonely or if things weren’t going his way.”
Haywood walked with a white stick, used a talking watch and had carers to look after him. But the inquest was told he could see perfectly well and if someone dropped money on a pavement he would be the first to pick it up.
Haywood was pretending to be blind when he went for a walk near his home and fell into the water-filled ditch 150 yards from his front door, where his body was found by searchers.
The inquest in Newport, South Wales, heard that doctors could find nothing wrong with Haywood’s sight even though he lived the life of a blind man.
The coroner, David Bowen, called his death the most extraordinary case he had dealt with in more than 30 years: “Either he didn’t see or didn’t want to see the ditch, slipped and drowned. It’s an extraordinary situation I’ve not come across before. I’ve been doing this more than 30 years and have never had a case as unique as this – someone convincing themselves they couldn’t see.” 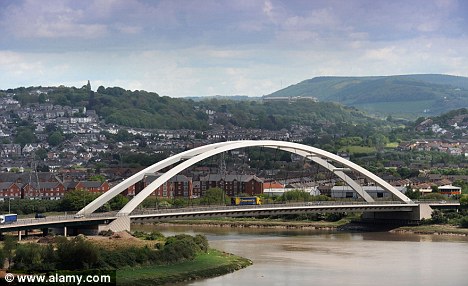 A view of Newport in Wales, where Haywood lived

One of the other residents of Haywood’s “sheltered housing”* complex, who did not want to be named, said: “Wherever he went you could hear the tapping of his cane. Most people thought his sight was impaired but you didn’t have to be with him for long to realize he could see as well as anybody else.”
(*In the UK, “sheltered housing” refers to properties that have been designed or adapted to meet the support needs of elderly or vulnerable people.)

Psychologists say people can believe they are blind after suffering an emotional shock. While the interior of the eye appears normal, their emotional turmoil causes them to block off visual impulses to the brain. Once called hysterical blindness, it is a recognized psychiatric disorder and psychological counselling may help. However, when the blindness is feigned it no longer qualifies as a medical disorder.