Of course there isn’t.
From CNN: Canadian Comedian Samantha Bee told CNN’s Jake Tapper on Sunday that she didn’t think there was a “smug liberal problem.”
The host of the show “Full Frontal” spoke to Tapper on “State of the Union,” fresh from hosting her own alternative White House Correspondents’ dinner where she roasted the press and the President.
Asked by Tapper about the role of comedy in the Trump era, Bee said she and her team “mostly did the show for ourselves.”
“We need catharsis, a place to analyze things in a different way. We see things through a different filter. We just need to break it down,” she said.
Bee said when balancing humor with political commentary, her instinct is always to “lean in the direction of funny.”
“When you’re doing topical comedy you’re walking a razor edge and you don’t want to drop over into the activism side of things too often. You don’t really want to do that at all. We always err on the side of comedy.”
Tapper also asked Bee about a recent column by New York Times writer Ross Douthat, who criticized Bee as the “embodiment” of “ascendant social liberalism” and described her as a “problem,” for the Democratic Party. “So flattering!” Bee said, adding that the column was “one person’s opinion.”
“But is there a smug liberal problem?” asked Tapper. “I don’t think there is,” replied Bee.
“I do the show for me and for people like me, and I don’t care how the rest of the world sees it quite frankly. That’s great. We make a show for ourselves. We put it out to the world. We birth it and then the world receives it however they want to receive it. ”
h/t Twitchy
DCG

[…] via Libtard Samantha Bee: There isn’t a “smug liberal problem” — Fellowship of the Minds […]

Bee and her husband are Canadian citizens, but managed to have all 3 of their children born in these united states of America. I wonder why they’re so interested in the goings-on South of the Canadian border, when there is so much to concern themselves with up North?
https://pix11.com/2017/04/29/how-to-watch-samantha-bees-not-the-white-house-correspondents-dinner/
According to the pix11.com article: “Proceeds from “Not the White House Correspondents’ Dinner” will be donated to the Committee to Protect Journalists.”
https://www.cpj.org/reports/2008/02/journalists-missing.php

Expecting sense out of a left/libtard: 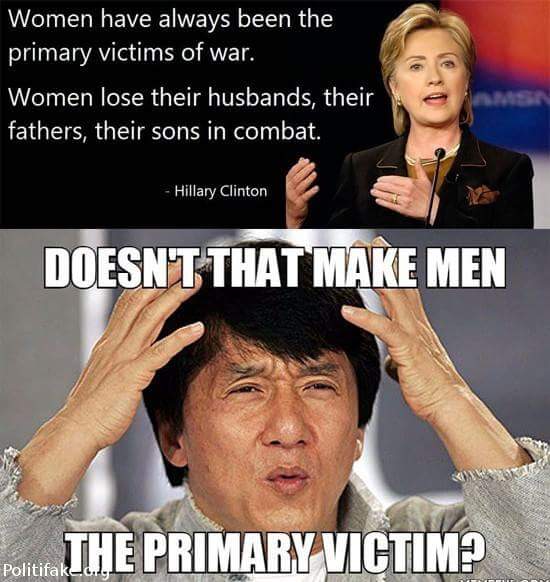 A loud mouth vulgar woman who tries to be funny. But is just loud and vulgar. Rosie’s twin!

I wonder if she would use her same language and denigration to Obama’s face?
These idiots have two standards, one for thee and one for we.
And yes. She is a liberal and spews as such.

Bee needs to buzz off back to the Great White North where she belongs.

Samantha B is The Joke