Libtard Quincy Jones, 84, reveals he's still a womanizer and has girlfriends all over the world

Not unexpected behavior for an ageist Hollyweird liberal.
From Daily Mail: Quincy Jones might be 84, but old age hasn’t stopped his womanizing ways. In a GQ interview published on Monday, Jones revealed that he has romantic partners around the world — some as young as 28 — and they’re all aware of each other.
He told the magazine: ‘I got 22 girlfriends… Hell yeah. Everywhere. Cape Town. Cairo. Stockholm—she’s coming in next week. Brazil—Belo Horizonte, São Paulo, and Rio. Shanghai—got a great girl over there from Shanghai, man. Cairo, whew.’
The famous producer has six daughters and a son through ex-wives Jeri Caldwell, Ulla Andersson, and Peggy Lipton, and former girlfriends, Carol Reynolds and Nastassja Kinski. Jones further disclosed that he keeps things honest with his numerous partners about his womanizing ways: ‘Yeah, I don’t lie. And it’s amazing—women get it, man. Don’t you ever forget they’re 13 years smarter than we are. Don’t you ever forget it.’
The Thriller producer clearly has an appetite for women, but when asked if he’d date someone his own age, he told the magazine: ‘Hell no! You see me with an 84-year-old woman? Are you crazy?’
When pressed as to why not, he responded with: ‘Why not??? Why? For what, man? There’s nothing…there’s no upside. You gotta be kidding. I got me some technology out there that keep fat and old away from here. Buzzes if they’re too old.‘
Jones continued: ‘But you’d be surprised…. These women, the young ones, are aggressive now. Oh my God, they’re fearless, man. All over the world.’
While the Off the Wall record producer prefers to date younger women, he admitted there are some age restrictions in place. He said: ‘Well, my daughters gave me new numbers, because they kept saying, ‘Dad, you can’t go out with girls younger than us.’ I said, ‘Y’all are not young anymore….’ So the new numbers are 28 to 42. They gave them to me.’
Despite his old age, the music legend said his desire for sex has not gone away: ‘Not to me. Hell no. Never. Uh-uh.’
And while he doesn’t plan to stop being a playboy, Jones thinks his punishment for his womanizer ways was to have gorgeous daughters. He said: ‘When you’ve been a dog all your life, God gives you beautiful daughters and you have to suffer. I love ’em so much. They’re here all the time.’
Even though Jones is dealing with the punishment of having attractive daughters, he told the magazine that he wouldn’t change anything about his past.  He told GQ: ‘I don’t regret s**t.’
DCG

Quincy Jones at the Last Judgment: “I was a womanizer at age 84, screwing (with the help of Viagra) ‘girl friends’ all over the world!”
Archangel Michael: “Next!”

Ha, ha, ha, good one! He must be filling in for James Brown. “Yeeee-OWW, What dat?, Ugh!”
St. Michael: “Er, thank you Mr. Jones, first down escalator to your left”.

This “old and fat” (and I am sure quite flabby in certain parts of his body) very unattractive guy needs to at least admit the ONLY reason ANY woman would be stupid enough to have sex with him is for money. I actually felt nauseous reading his ridiculous interview. Don’t they see or hear how awful they sound? Ego issues perhaps?

Reblogged this on kommonsentsjane and commented: Reblogged on kommonsentsjane/blogkommonsents. When the U.S. was integrated – this was the major difference in black and white morals. Black women accepted men’s bad behavior and white women were taught – not to put up with it. And that was the first step in the decay of our country. Then it was the rappers who referred to women as hoes. The good was that blacks and white could share in trying to move the country forward; but, then you have the Democrats who don’t want to move the blacks forward because then they wouldn’t… Read more »

The only thing I can possibly say is . . . ANY old fool who has to go on and on bragging in this manner is probably not getting even 5% of what he indicates . . .unless its in his dreams! Why indeed would any young woman want to take on a strictly sexual relationship with this old coot? He may enjoy sex as much as he always did, but I’ll just bet that he has to enlist some kind of aid or another. Why would a young woman not choose to be with an equally young man? This… Read more »

Can someone say Sugar daddy; because the only way that Q is getting anything from a young sexually active woman is if he’s paying for it. Add to to the fact that he’s not the most handsome of a man (he never was) he sounds like a fool bragging when he’s nothing more than a old trick, who used to be a young trick.

Lavelle . . . . You are right on the money! I would think he would be running short of money at his age, but who knows. I love your comment, “Add to the fact that he’s not the most handsome of a man (he never way) he sounds like a fool bragging when he’s northing more than a old trick, who used to be a young trick.”

Did not even read the whole article and I want to puke!!! Wow, what passes for news these days. May the Lord have mercy.

What a silly Negro! Hahahahah!
https://www.youtube.com/watch?v=5I1XjhOpt-M

He reminds me of that black guy a couple years ago that had twenty children with twenty women, only difference is maybe he bothered with birth control a bit more often. Nothing like living like a rutting pig scurrying around to see where you can stick it next. What a low life ass.

Lol, only in his dreams is he getting that much action. I agree with Auntie, if you have to brag about it that much and make it so public, he is lying.
And he is very prejudice with his choices. At least the girls know, they are most likely safe around him, just be eye candy.
Frankly, he makes my skin crawl.

Let me predict his future. First he develops “E.D.”. Then he succumbs to a case of priapism brought on by an overdose of Viagra. Thus the wisdom in the film “Taxi”. “Don’t let your dick rule your life”. 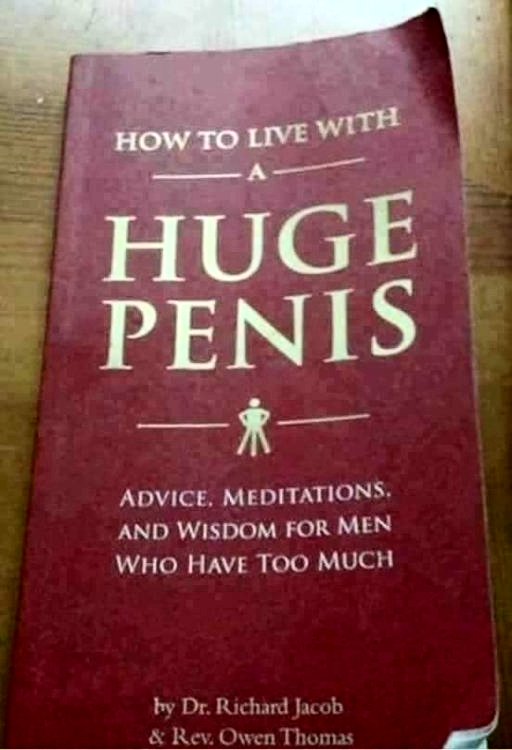 I know Rev. Owen Thomas, author of Introduction to Theology!
I can’t believe he co-authored that penis book! LOL

In a way, I see Quincy Jones’s point: We’re only here once, so we might as well enjoy it while we can. In other words, Jones—like Hugh Hefner and so many others before them—has made a GAMBLE. Yes, we are on Earth for ONE SHOT, and every self-respecting man and woman owes it to himself or herself to make the most of it. Unless…. Let us not go to the God Argument, because we on this blog all know it and I imagine believe it. But let us take the individual’s own viewpoint. Quincy Jones is an aesthete: He knows… Read more »