Riiiiight, because terrorist organizations are known to do this:

Heaven forbid federal employees actually do their jobs. At least demorats are now admitting they prefer no rules for illegal aliens.
But keep it up with hyperbole and hysterics, proggies. Still isn’t going to help your November “Blue Wave.”
And it most certainly isn’t going to help Nixon get anywhere to closing the MASSIVE gap she faces with Cuomo.
From NY Post: Actress-turned-gubernatorial challenger Cynthia Nixon labeled the Immigration and Customs Enforcement agency a “terrorist organization” and called for its abolishment on Thursday.
The Democratic hopeful appeared at St. Paul and St. Andrew United Methodist Church on the Upper West Side to support undocumented Guatemalan immigrant illegal alien Debora Vasquez-Barrios, a mom of two American kids who fears she’ll be deported.
Nixon called ICE a “terrorist organization” at the church and later doubled down on the charge via Twitter.
“ICE is a terrorist organization, and its egomaniacal leader is Donald Trump,” she wrote, on top of a NY1 tweet of her “terrorist organization” remark at the church.
She reportedly said at the church: “ICE has strayed so far away from its mission. It is supposed to be here to keep Americans safe but what it has turned into frankly is a terrorist organization of its own that is terrorizing people who are coming to this country.”
Earlier in the day, Nixon appeared on ABC’s “The View” and said: “I think we need to abolish ICE. That seems really clear. They have strayed so far from the interests of the American people and the interests of humanity.”
The “Sex and the City” actress is challenging Gov. Andrew Cuomo for the Democratic nomination. The primary is on Sept. 13 and a Siena College poll last week showed her trailing Cuomo 61 percent to 26 percent.
DCG

What delusions of grandeur can account for why Cynthia Nixon imagines she is qualified to be governor? Because she’s a lesbian?
Being a state governor is an executive-level position. What executive skills does Nixon have? Has she run anything?
And what is wrong with the 26% of Democrat primary voters who actually voted for her?

She should at LEAST change out of her Jammies into some decent clothes for publicity photos.
BTW-I think her child is about a 9 on the Ugly Scale for EITHER gender.

I wasn’t going to say anything, but… ouch.

OK, here’s what I thought: Did Ms. Nixon and Woody Allen have a love child?

Following in the footsteps of another shemale that has U of Chicago connections:

“Being a state governor is an executive-level position. What executive skills does Nixon have? Has she run anything?”
Yeah, and being PotUS is even more important, yet Dems elected Obama TWICE to that position with the same credentials as Ms. Nixon. I believe they would elect a tree stump if it were anti-God and pro-abortion. LGBTQ, etc.

The only thing we can say for sure. . . she is definitely one brick short of a load. In the picture that was posted—doesn’t she just look like “gubernatorial material?”

And her constituency keeps getting deported… 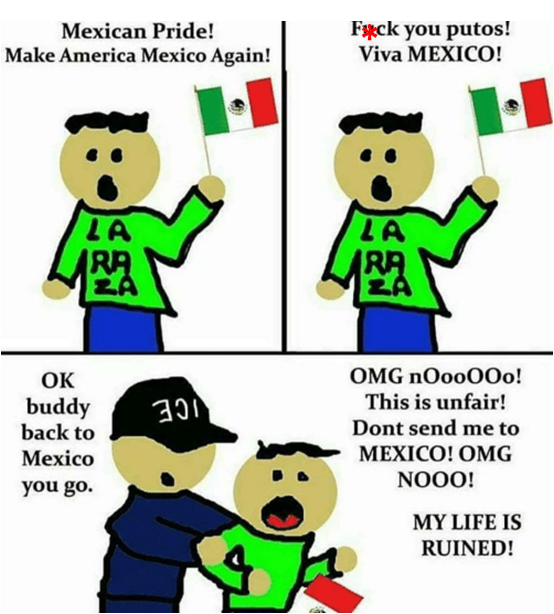 So is the IRS but she ain’t gonna talk about that because that’s the middle man between people forced to pay taxes and those living off other people’s taxes… (like her?).

I hope she gets elected. New York deserves her. (sarc)
Oh. And it looks like she’s going for the hillary look with the padded coat, high neck scarf and birth control glasses. Her burka ain’t all that though.
Her spawn looks like some sort of alien.
Blue Wave? Meet the Red Tide.

HahaHahaha, YouKnowWho your comments are very hilarious, and very absolute.

Reblogged this on Roberts Thoughts 2 and commented: Riiiiight, because terrorist organizations are known to do this: Border Patrol, ICE Team Up to Rescue 39 Migrants from Border Stash House ICE deploys teams to help in hurricane rescues ICE agents rescue 85 immigrants from deplorable conditions in Harris County Feds rescue 76 undocumented immigrants found in trailer in Texas 12 Illegal Aliens Rescued from Abandoned Cargo Truck in Texas Heaven forbid federal employees actually do their jobs. At least demorats are now admitting they prefer no rules for illegal aliens. But keep it up with hyperbole and hysterics, proggies. Still… Read more »

Thanks DCG! Reading later on about the crash, a 69yo “Mary White” who lived in a “trailer park” off the highway near the crash site, was driving in the wrong direction & hit Arrington circa 9pm Friday night. White, who had had a bankruptcy & other legal troubles, was “just getting her life back together,” per a relative. — Totally unlike his normally deeply-researched self, “Sundance” at CTH began his article on that story with “Billions ($$) are at stake. Accidents happen every day. This is not one of them.” Of the 300+ comments there, many suspected foul play (remote… Read more »

Yeah, I read some comments elsewhere re: the possibility this was a setup.
The deep state/swamp/whom ever is quite capable of many things… 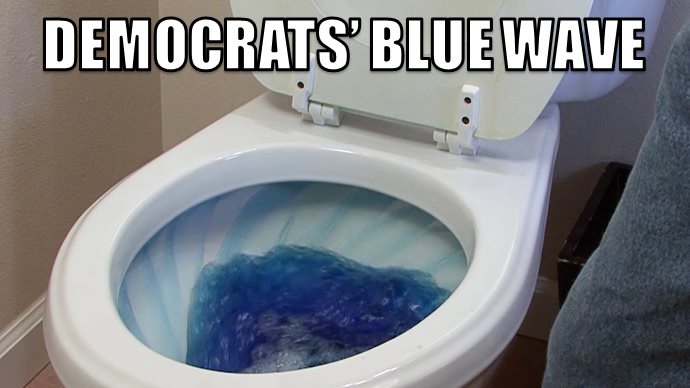 wait’ll it gets full’o shit then flush it D O W N.

The Police wing of an agency always terrorize people

Now it comes out that her oldest son is a tranny. Would having a lesbian for a mother cause this kind of mind set in a child?

The world has gone mad, or did they just cut the funding for mental health care in Albany?

Libtards love BLM, the ACLU, SPLC, queers and faggots of all stripes, abortionists and illegals. So what is the surprise about this woman’s stance?
You can’t show me an honorable or patriotic libtard.

Isn’t she worried that NY voters might confuse her with one of Richard Nixon’s family members?

What if in Moochelle’s picture, that’s really her vagina coming out of her like the jaws in “Alien”? Just as scary as that fact that it’s really her deformed penis. And, doesn’t Ms. Nixon’s son/daughter look like a cross between Robin Williams and Groucho Marx?

Hey, we found Maxine’s “base”: 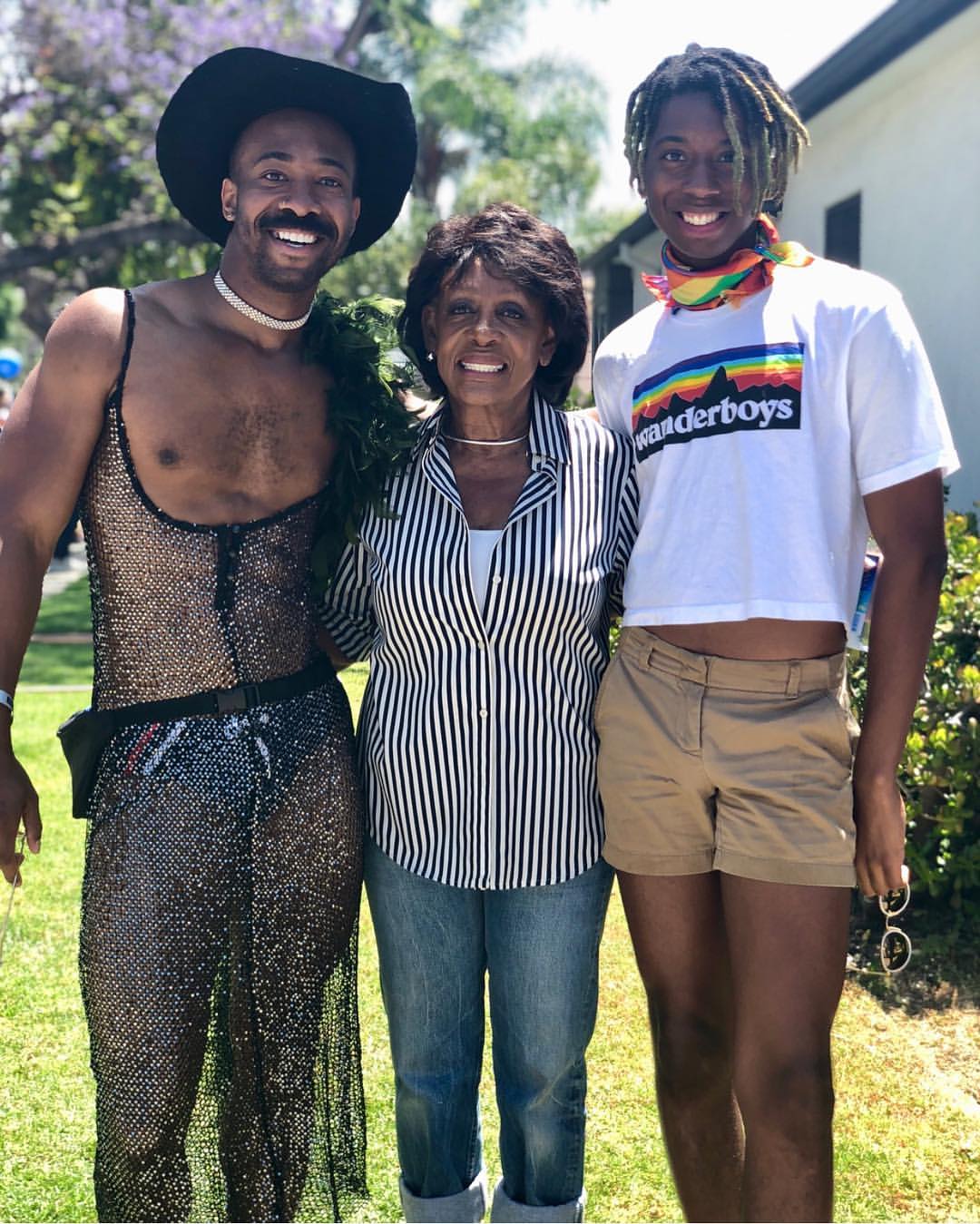