Liberal utopia of Seattle: Prostitutes flooding the streets due to lack of law enforcement

I’ve done many, many, many blog posts on the liberal utopia of Seattle and their problems (homeless, crime, drug use, etc.). See the following:

Now, thanks to the progressive bureaucrats who run the city, you can add prostitution to the equation!

As reported by Jason Rantz at MyNorthwest.com: If you’re wondering why you see so many prostitutes openly working Seattle streets, cops contend you should blame it on City Attorney Pete Holmes. Cops complain that his office generally refuses to pursue charges against prostitutes.

Consequently, prostitutes are flocking to Seattle from out of town and cops feel powerless to attack the problem, according to officers who spoke with the Jason Rantz Show on KTTH.

“Law enforcement do want to do something to combat this problem because we know it is affecting the neighborhoods,” one Seattle officer tells me, on the condition of anonymity as they haven’t been granted permission to talk to the press. “We choose not to because we know that we will not get any support from the prosecutor’s office.”

A short drive around the Licton Springs low-barrier Tiny House Village, just north of Woodland Park Zoo, you’ll spot about a half dozen female prostitutes walking up and down Aurora Avenue waiting for clients to solicit them at all hours of the day.

Many of the prostitutes come from out of town, officers have discovered, having heard of the city’s lax laws. They come here knowing they won’t be hassled. Some are there willingly, others are forced to by abusive pimps, who also ravage the neighborhoods with drug dealing and petty theft.

This problem impacts the neighborhood, making it unsafe, while driving down businesses near the corners these sex workers roam. But the impact extends beyond cleaning up the streets and the nuisance they pose.

Cops aren’t necessarily interested in immediately arresting women selling sex on the streets. In many cases, the women are victims themselves and cops would like to help them, every bit as much as the City Attorney’s Office.

But cops want to arrest pimps, as they’re often nearby in a car waiting for their prostitutes to drop off cash from a client. Without being able to use jail time as leverage over the prostitutes to turn on their pimps, it’s a futile effort.

“The women would rather get arrested, get [released] in a couple hours of being booked, than dime out the pimp/trafficker that have intimidated them with bodily harm if they turn in their pimp/trafficker,” a second officer told me.

Holmes did not provide comments for this story. But his office, through his spokesperson Dan Nolte, acknowledges they don’t normally prosecute sex workers because, in the past, “these efforts were met with limited success…”

“The Seattle Police Department would arrest persons committing the offense of prostitution, and our office would charge them,” Nolte said. “But once released, those individuals would return to their pimps (and/or pimps and traffickers procured replacements), and the cycle would continue. Prostitution is a demand-driven industry. As long as demand exists, pimps and traffickers will be incentivized to drive more vulnerable people into prostitution.”

A few years ago, Holmes’ office decided to target the sex buyers, not the sex workers, for prosecution. They want to cut down on the demand. Indeed, last year, Nolte reports they filed 263 charges of sexual exploitation (compare that to the five charges against sex workers; in these cases, it’s because they repeatedly refuse to accept resources to get them off the streets).

Holmes’ office says they also want to go after pimps, but cops argue that job is made harder by the city attorney’s policies.

While the useful idiots who elected the Demonrat city governments of Seattle and S.F. deserve what they get, how sad it is that two of America’s most beautiful cities are destroyed and blighted.

From what I see, they destroy everything they touch. I think that’s what makes them so attractive to their communist owners.

I agree. I was born in SF, and used to stay with my aunt in the 1960’s after my parents had moved out into the suburbs. It was so beautiful and safe. I don’t like cities, but in a way with SF you never really felt like you were in a city because it was so open, clean, and uncongested, the exact opposite of what you find there now. I miss that lovely city of my childhood greatly, and I avoid going there at all costs anymore.

Yeah, I remember when the whole of SF was safe (except the Fillmore after dark). I got chased through there twice on my way back to my car from the Fillmore Auditorium.

The Tenderloin was a bit sleazy, but nothing like now. San Francisco is starting to resemble Mumbai.

Considering that Seattle is the old stomping grounds for the Green River Killer, and he killed about 50 or more prostitutes, you would think women would be a little bit scared to do what they do. But then again, people seem not to have the good sense to have any fear at all anymore.

The only way they’ll do anything about the homeless invasion is if they get a serial homeless killer. I doubt that would help. I think they need torches and pitchforks.

“A few years ago, Holmes’ office decided to target the sex buyers, not the sex workers, for prosecution.” Yeah, I’ve seen that done in other American cities. Even when it was obvious cases of entrapment by cops, not prostitutes. The only reason I see such a push is the whole thing of “women’s empowerment rights” — using their bodies to “earn a living” or whatever, all the while going after the johns who pay them, as if that constituted “exploitation” somehow. Like going after Trump for allegedly paying whores for their services, all the while IGNORING said whores… or even… Read more »

No kidding! Maybe they think they can sell “fishing licenses” to the hookers? Sort of a “catch and release” program? Just think of the fines! Why don’t they just do what they used to do and move it out of town? Who cares if women are shameless enough to sell their bodies for cash and men are weak enough to participate? Why should the city get a cut? If the hookers start getting hurt it may provide an incentive to find better work. Same goes for the Johns. Why do they suppose their mothers told them to stay away from… Read more »

Probably for similar reasons that Palestinians still live where their ancestors lived.

They arrange to destroy communities by manipulating these social problems then presenting themselves as the only possible solution. Embrace socialism or perish.

Yup… out of chaos comes order– an old ploy. 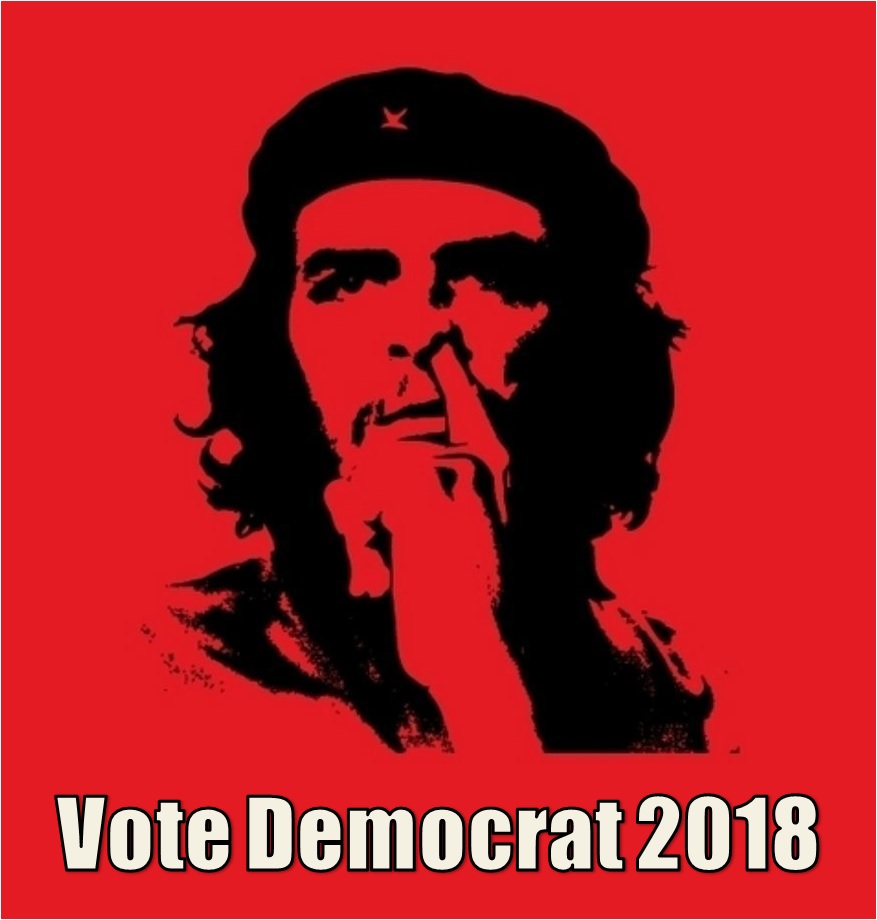 These are unscrupulous officials whose main interests fall in their own benefits and advances, the citizens are the least of their concerns, selected prostitutes provide them with good personal services, and the less fortunate work for pimps and traffickers. The police will get involve when there is a murder or a serial killer. They want to go home and able to retire with full pension.

Holmes is correct in stating that prostitution is a demand-driven business. Years ago in New York when Ed Koch was Mayor, he would read the names of the johns who had been arrested during the week. He had hoped that the embarrassment would cut down on the risks associated with the demand; It was largely a symbolic move. It turned out that only vigorous enforcement of the law st0pped the problem of prostitution and the other problems that follow it (for the prostitution itself tends to attract a real low-brow element.) Rudy Guiliani enforced the laws without mercy, and—viola!—IT STOPPED.… Read more »

I’ve never been anyplace that didn’t have them. They are just more or less obvious, depending. Seattle has really gotten bad lately. It’s like El Cajon Blvd in San Diego. They come up and beat on your windows when you stop at traffic lights. You are correct to say its a “demand-driven business”. I don’t have a “solution”. It’s been around for a VERY long time. About all one can hope for is that it isn’t so obvious. I don’t understand the whole thing about pimps. I see them all the time, with their “stables”. Why would those women bring… Read more »

All of the West Coast, including CA and Pacific NW…like Washington State…is excluded from my retirement plans. I can’t afford to live anywhere on the West coast on a retirment, fixed income. I have experienced 30 years now of homeless drug addicts in my face, plus— probable mental illnesses parading as “just homeless,” also—improbably (to me, at least) dead bodies ribboned-off by police time and again near my home or at tourist attractions that I visit…and legions upon legions of abandoned dogs and cats reproducing “in the wild” or purposely dropped off into my “rural” neighborhood for me to care… Read more »

Yep, it ain’t what it used to be, that’s for sure. When I was young, the East Coast was the dirty place. I’m retired now (mostly), and it IS expensive. Sometimes I find myself looking through those magazines with the cheap houses for sale in the Mid-West. Luckily, I don’t live in Seattle. I’m close enough, though. I notice we’re getting more and more homeless every day in my town. Lots of migrants too. When I moved here there were none. Now they’re EVERYWHERE. I worry for my kids and grandkids. Of course when I talk to them they don’t… Read more »

I have a suggestion, any pimps caught should be forcibly made into nullos (That is, complete obliteration of the sexual organs in either gender to render them void.) That would, I think, discourage the practice. Also, they might need some freelancers/actually honorable mercs (if any still exist) to escort the prostitutes in question into protective custody, (since the satanist’s “rules” protect the criminals and bind the police’s ability to enforce actual law.) To help persuade them to get out of the sex slave industry, and of course ask them to volunteer any intelligence they might have to help take the… Read more »