The streets of San Francisco…

I’ve blogged about how terrible progressive-run cities have become due to the crimes perpetrated by the homeless. The homeless are free to poop where ever they want, do drugs in the open (and in shelters), drink on the streets and generally continue their dangerous activities with no consequences. Heck, their bad behaviors are even encouraged by the bureaucrats. See the following posts:

A radio producer for KTTH in Washington, Daron Casey, recently visited San Francisco and tells a story of how he was immediately attacked by a homeless person.

Within an hour of arriving on the streets of San Francisco Daron was assaulted. He was hit by a homeless man in the stomach which nearly knocked him over. He wasn’t hurt too badly at all yet it could have been worse had the homeless man had a knife or other weapon on him. Daron was too scared to take a picture of the homeless man.

The event spooked Daron enough that he did not want to walk around the city.

Daron went on to describe the city as “third world country” within a city.

Streets were filled with tents and garbage and homeless people were openly committing crimes. There were no police around to stop any criminal activities.

If you’re planning a trip any time soon to San Francisco, you’ve been warned!

As long as S.F. voters and taxpayers put up with this and not demand change from their mayor and city council, this coddling of homeless criminals will continue.

The description could be Paris or Germany or parts of Sweden. To me the destruction is obvious. They soon will have succeeded without firing a shot. What difference does it make if one invades with guns blazing or simply forces mass numbers of savages into formerly civilized areas? Worse, the target government’s response to this is to insist that their constituents do not insult the invaders. The same is happening here. It is just a little more subtle. If you have a “third world” inside a city, you HAVE a third world. It isn’t about HOW it got there or… Read more » 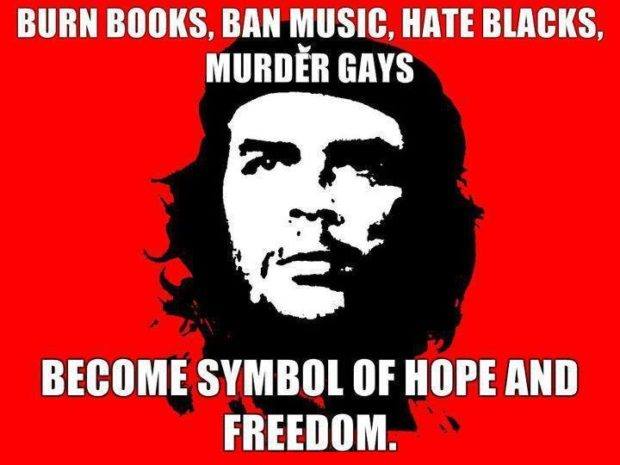 That is terrible…San Francisco used to be a City….now it’s a Sh*tty.
Thanks for the warning! 🙁

The same thing is happening to a lesser degree in San Diego (my soon to be former hometown) but will soon be just as bad. Just the other day I was on the bus with my 7-year old nephew when what do we pass but a homeless person defecating on the corner. I wish I could say that my nephew didn’t see that… anyway that has convinced me that it’s time to leave the cesspool that is the People’s Republic of California.

Olympia, Washington (another progressive-run city) is becoming just as bad: Drug dealing and vandalism by the homeless. “…the crimes have gotten so bad that they have created serious problems for small businesses.” “Thompson has had to break up fights that have nearly ended in crashing through Our Table’s windows. In one altercation, a homeless person actually used a dog as a weapon, swinging it like a club.” “A charity group gives out needles at night but does not pick them up during the day. As a result, Thompson has had to teach his children how to avoid needles when they… Read more »

[…] A radio producer for KTTH in Washington, Daron Casey, recently visited San Francisco and tells a story of how he was immediately attacked by a homeless person.  more here […]

My BiL will out there all week.

Fortunately, he won’t be around the problem areas.

I did suggest that, if he had to go into those nasty areas, he might want to wear some thick-soled boots.

He also played Rugby for many years.

LOL – I wouldn’t want to be the drugged-out bum that tries to punch him.

This is exactly why I carry concealed.

DAH. All this was the situation in SF over 5 years ago when I ws there involved in “Teaching American History ” grant. We were there to study in the state archives the stats/historical immigrations of minority cutures into the USA…Chinese, and so many others through Angel Island that most know nothing about. I did learn of these and have lasting memories of our hands-on/culutural/archaeologially -led tours……the stats…that involved NOT just Asians..but all nationlities that came through Angel Island…the ‘ELLIS ISLAND” of th West…….WHATEVER….the city was reeking of ammonia “pee” in every sidestreet……loose kids, out of school during school hours,… Read more »