Liberal logic: Cynthia Nixon wants single-payer health care for NY but you have to “pass it to figure out how to fund it”

Imagine going to your boss with a great idea for the company and then saying you don’t know how to fund it.

From Fox News: In her quest to become New York’s next governor, Cynthia Nixon has advocated for a single-payer health care system in the state – something studies have shown would be a costly endeavor.

The proposed New York Health Act (NYHA), which would establish universal health care for everyone in the state, including undocumented immigrants illegal aliens, would require the state’s tax revenue to increase by about 156 percent by 2022, according to a study by the RAND Corp. But it also found state spending on total health care under NYHA would be slightly lower – about 3 percent – by 2031 than under the current system.

Nixon recently told the New York Daily News editorial board she did not yet have a plan to pay for single-payer.

“Pass it and then figure out how to fund it,” Nixon said.

Gov. Andrew Cuomo, who Nixon is challenging in the Democratic primary next week, has said it should be up to the federal government to pass a universal health care system. During a debate between the two candidates last month, Cuomo said the NYHA was good “in theory,” but would cost more than New York’s annual budget to implement it “in the long-term,” according to the Albany Times Union.

Nixon, on the other hand, has said a single-payer system will save the state and New Yorkers money overall.

There is widespread disagreement over how much it would cost to implement a single-payer health care system. Supporters say it would cut excessive administrative costs compared to those incurred by private insurers. But critics, including most Republicans, warn the savings would be less dramatic than expected – and the system would cost too much.

Joe White, president of the Council for Affordable Health Coverage, has estimated that with single-payer “costs and taxes will rise, or patient access will be severely diminished – turning America’s medical system into a third-world product.”

The Medicare-for-all bill proposed earlier this year by Sen. Bernie Sanders, I-Vt., was estimated to cost $32.6 trillion over 10 years by a Mercatus Center at George Mason University study.

“The basic idea of single-payer is to cover everybody with a single government program, and that program would basically cover all the doctors and hospitals,” Dr. Adam Gaffney, an instructor of medicine at Harvard Medical School, told Fox News.

As the Times Union reported, the NYHA has continuously been introduced by Democrats in the state Assembly every year since 1992 but has been unsuccessful in the Senate.

Cynthia Nixon is another Nancy Pelosi who infamously said to the American people that “We must pass Obamacare in order to find out what’s in it”.

Pelosi at least has the excuse of senile dementia.
What is Nixon’s excuse?

Her excuse? None, she is just the typical nerd!

Wait….her excuse is that she was born, hehehe.

I’m sure she,…well..and all those who are demanding universal government funded health care as a right, would have just as much difficulty explaining with reasoned argument, why it is the government’s responsibility to pay for it.

But then there is the reasonably established theory that most all the ailments we do suffer can be traced back to government and deep state operations, as well as our reliance on processed and genetically modified foods.

New York is a lost cause, Cindy Nixon or Andy Cuomo? Not much of a choice.

The irony here is that Cindy Nixon is almost certainly a relative of Richard Nixon.

If single payer is such a great idea why isn’t there a single country anywhere that has done it and has a health system that’s of comparable quality to what the U.S. has now?

The elites of every single government-run health care country in the world COME HERE for their care. The nearest it comes is Great Britain, where there’s still free-market care IF YOU CAN PAY but most people get their care from National Health for which shortages are severe and people who are going to die anyway are sometimes killed early just to free up a bed.

Hmmmm… now where have we heard that line of reasoning before?

as with a dog squatting over a patch of grass, you will have to pass it to see what’s in it. a dog’s product is superior to ebola-bama care. another useless demonrat to the rescue.

She needs to hook up with Lena D, a power cpl waiting to happen 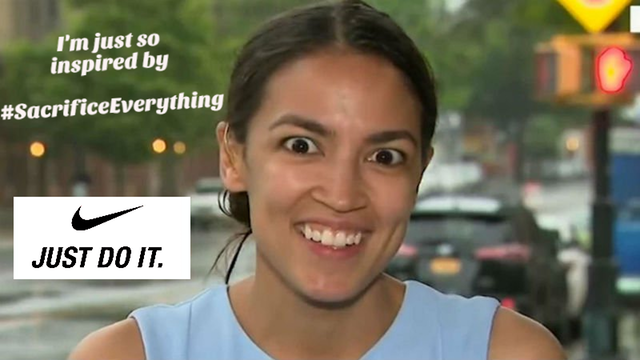 New York state, thanks to NYC, gets exactly what they deserve. A pile of dried excrement for supper.