In contrast to some of the gay people I have known, there is a new kind of strident, fascistic gay today. When LGBT comes to your kids schools to enlighten the students, this is the kind of person who is talking. ~ TD

When older generations think of ABC TV sitcoms, “The Brady Bunch” or “Happy Days” might come to mind.
Now, long removed from the days of Richie Cunningham and Alice the housekeeper, the legacy network is celebrating the life of one of the nation’s most provocative homosexual activists.

A feature by the Hollywood Reporter about the new series noted Dan Savage’s sex and relationship column and his founding of the LGBT activist group “It Gets Better.”
But missing was any mention of Savage’s many episodes of vulgar and bizarre attacks on Christians and others of opposing views, such as presidential candidates Gary Bauer, Sen. Rick Santorum and Gov. Sarah Palin.
Savage infamously has admitted that while suffering from the flu, he volunteered for Bauer’s 2000 campaign, licked doorknobs and other objects at a campaign office, and handed Bauer a saliva-coated pen with the intent of passing on the virus to the candidate and his supporters…
Read more at https://www.wnd.com/2015/01/new-abc-sitcom-celebrates-radical-gay-activist/#25oZQRvVu7Ul2CJw.99

The rest of the article goes into more detail,
but I think you may already get  my drift.
♞

Be a REAL shame if he was to fall down a deep mineshaft while out huntin’ Snipe.

He is one real piece of cake. One of the most crude and vile people out there. Over the years, he has not mellowed one bit.

I have not owned a TV set in a very long time (over 20 years). So my “viewing” doesn’t tend to “influence” me as it does so many. THIS kind of viewing is going to be terribly devastating to the American Family which has already been under attack for the last 30 years. We don’t need this. I’m hoping parents will “get a clue” and prevent their children from viewing this type of tripe. In fact, I’m hoping it’s ratings are so pitiful, ABC will be forced to pull it half way through it’s first season. Spread the word, make… Read more »

I don’t watch ABC, not even their news. Boycott ABC — and tell them why.
https://abc.go.com/feedback

This is what I wrote ABC (https://abc.go.com/feedback). Feel free to copy & paste as your feedback to ABC: I will not be watching your new sitcom about Dan Savage — or *any* ABC shows or programs, not even your news, not even your local ABC news affiliate — because the ABC network has chosen to celebrate a vile man who attacks Christians, Republicans, conservatives, and anyone who doesn’t agree with his radical homosexual agenda. I’m a blogger, with more than 5,056 followers. My blog has had nearly 17 million views in just 5 years. I will urge all my readers… Read more »

I never watch ABC either. I’m going to send them feedback too.

These radical homos remind me of rabid animals. They are totally out of their minds and under the misguided assumption that the rest of society somehow finds them cute or entertaining. I would invite Mr. Savage ( appropriately named) to come to Northern Minnesota and lick a doorknob, he’ll be stuck there till spring. LOL!!

ABC never gets on my TV unless thier is a sports event I want to see.

He and I briefly followed each other on Twitter. At first he was rather nice and wished me well. Even signed off with XoXo. By the next conversation, all bets were off. He unfollowed me, so I did the same. Dan’s heart is so hardened, I don’t think there is any chance of redemption, but with God, you never know!

Gee, I wonder if they’ll show these little tidbits… 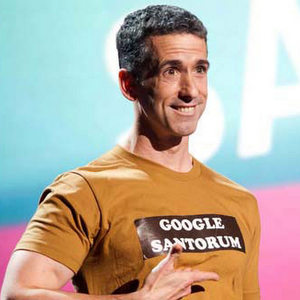 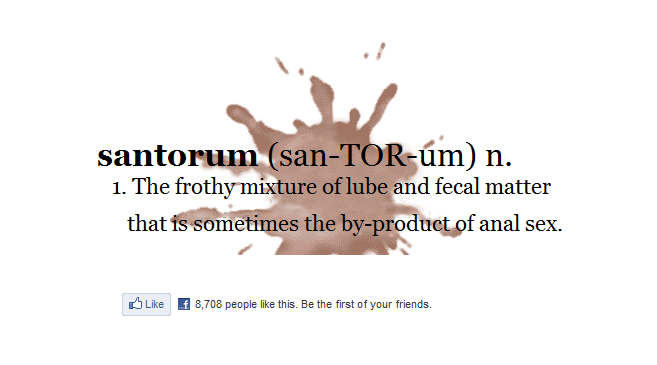 These homos think about nothing but their butts all day, what goes in them , what comes out, truly fixated on them. It’s probably what makes them so damn mean…..mental constipation. ?

If Barry’s boyfriend were a white guy…….. well, you know…. Actually, they do seem to be on the same warped, degenerate wavelength. Anything to destroy whatever shreds of normalcy still exist in America. ‘Fundamental Transformation’…. that’s what they touted, isn’t it? It’s really incredible the worthless garbage The Big Three put out these days. I can’t help feeling that they have the blessings of The Current Regime to push their agenda. Next thing you know, they’ll be updating ‘The Munsters’ and ‘The Addams Family’ in a combined program. ‘The Obamma Family’: U-NO-WHO would portray the ‘Gomez’ character. He likes to… Read more »

To call this person a pig would be flattery.

I also wrote a letter last night,telling them I’ve blocked ABC & affiliates on all my TV’s as did all my relatives and friends,due to their anti-Christian Progressive programming. Here’s the response I got from them today. =========================================================== ABC Audience Relations Today at 11:40 AM To me As you can imagine, we receive thousands of messages a day from our viewers and while we appreciate you taking the time to provide feedback regarding our programming, we are not able to respond to each one directly. We encourage you to continue to communicate with us! TECHNICAL QUESTIONS ABOUT VIDEOS: –We suggest… Read more »

Nothing says their network cares about you more than a one letter fits all nonsolution, take a flying leap letter like that. Good Lord!!?

What truck got as a response from ABC is a standard, all-purpose response that addressed NOTHING of what he wrote. Shameful.

As I noted elsewhere, I have a feeling this thing is going to flop like a fish out of water.
-Dave

Completely and totally disgusted by this ever-present,in your face onslaught of the gay/transgender LGBTQ issue,everywhere. This never was the case UNTIL Obama became President, and it began its insidious ooze into every aspect of Media. I can barely watch any TV without SOME ASPECT of it being contaminated with the ‘gay’ issue. Forget ABC,now I know WHY I am unconsciously turning instead to NBC,or CBS,but,of course,have to stay alert to the SAME THING happening there as well. Trump 2016.