Remember this face. It is the face of evil, although she wears a clerical collar.
Her name is Katherine Hancock Ragsdale. Her title is “Very Reverend” [gag]. She’s a lesbian Episcopal priest, and the president and professor of theology of the Episcopal Divinity School in Cambridge, Mass.

Penny Starr reports for CNS News, March 8, 2012, that Ragsdale testified at a House hearing against a bill that would make it a federal crime to transport minor girls without parental consent across state lines to get an abortion. Ragsdale said she would break the law to help minors cross state lines to kill the unborn human lives in the girls’ wombs.
Appearing as a Democratic Party witness at a hearing of the House Judiciary subcommittee on the Constitution chaired by Rep. Trent Franks (R-Ariz.), Ragsdale recalled the time she took a 15-year-old girl she had never met before to get an abortion:
“Although New Hampshire was closer to that girl’s home than Boston, as it happened, I did not take her across state lines. Nor did I, to my knowledge, break any laws. But if either of those things had been necessary in order to help her, I would have done them. And if helping young women like her should be made illegal I will, nonetheless, continue to do it.”
Ragsdale cited her vows as an Episcopal priest as the reason why she would “have no choice” but to break the law.
Ragsdale, a lesbian, is well known for her activism for homosexual and abortion rights. At a Jan. 24, 2010 event organized by the Jane Fund, a Massachusetts-based group that raises funds for abortions, Ragsdale delivered a speech in which she said she was “angry and fed up” at people who had spoken out again her sexuality and her radical stance on abortion:
“When a woman gets pregnant against her will and wants an abortion – it’s the violence that is the tragedy; the abortion is a blessing.
When a woman might want to bear and raise a child but fears she can’t afford to because she doesn’t have access to healthcare or daycare or enough income to provide a home —it’s the lack of justice that is the tragedy; the abortion is a blessing.
When a woman has planned and provided for a pregnancy, decorated the nursery and chosen a name, and, in the last weeks, discovers that her fetus will not live to become a baby, that it has anomalies incompatible with life, and that preserving her own life and health, and sparing the fetus suffering, require a late-term abortion – it’s  the loss of her hopes and dreams that is the tragedy; the abortion is a blessing.
And, and here’s one that really gets me in trouble, when a woman simply gets pregnant unintentionally and decides this is not a good time for her to bear and care for a child – there is no tragedy. The ability to enjoy healthy sexuality without risking a pregnancy that could derail her education or career, the development or exercise of the gifts God has given her, is a blessing.
Now just in case there are any aspiring headline writers listening – let me be clear – motherhood also is a gift and a ministry and a blessing – but not for everyone, and not always right now.
Abortion is a blessing – sometimes a joyful relief; sometimes a painful choice – but a blessing still.”
In that same speech, Ragsdale also said that Roe v. Wade, the 1973 U.S. Supreme Court decision legalizing abortion, gave women “freedom from slavery to our reproductive systems.”
See also:

What if her… ahem, puke, sick, gag,…husband/partner could no longer take care of her…should she be killed? For someone who claims to “do God’s will” it is obvious that she is demon possessed. She has no clue as to what the Bible says or what the Lord wants. Be fruitful and multiply is what the Lord commanded. As I keep counseling my older sister…although we have to TRY to do the right things and fight the good fight, vengeance belongs to the Lord and HE will repay. It is a fearful thing to fall into the Hands of the Living… Read more »

Well I have to confess, I am an Episcopalian, but have been unchurched since I moved to Raceland. There is no Episcopalian church here. With that said, I am deeply saddened by what has happened to my church in the past 20 years. Ragsdale, has no place on a Christian pulpit of any denomination…

It is no wonder why former Episcopalians are leaving their church founded and declared in existence by a miserable individual, King Henry VIII. They are flocking back to the Catholic Church, which is the Faith that has been fighting for the unborn for centuries. To say that “abortion is a blessing” is an indictment in and of itself of this woman’s true evil spirit.

HOW MANY PEOPLE HERE WOULD WANT TO GIVE Katherine Hancock Ragsdale A BLESSING?

Slaves to our reproductive systems? God’s design of women wasn’t accidental.
She makes me ill…

To me the issue is that it’s not the child’s choice that he/she always inhabits the mother’s body after conception, and they don’t deserve to be killed for it. As a Christian it has always seemed sick that women are already the weaker sex, but THEN we are the only gender who suffer and sometimes die bringing children into the world. I have often resented this fact. But that is not the child’s fault.

We are the weaker sex? We suffer for having the privilege/capacity to bear children? I don’t believe that God would want me to have that attitude toward myself.

Let me preface with: I want my own children. What I am referring to is men who accuse women of being “rebellious” for not wanting to have children, NOT abortions, simply not wanting to conceive, but say “If it were up to me to have children there would be very few!” It is a vile form of bullying to say a weaker vessel “should” suffer more than yourself.

This makes me sick! How can a person like her stand up and claim to teach God’s Word, but then turn around and not practice what she preaches? She should be teaching young girls to have faith in God in these situations….not trying to BE god! She should be teaching that God ALWAYS has our best interest at heart and that these girls should hand the baby over to the LORD and let Him decide what will be best for both the baby and the girl. Wolf in Sheep’s Clothing!
Bless you Katherine! ❤

This woman(?) is like a DEVOUT Priest lecturing on sex – HE (she) will never have to experience/endure, first hand, the joys and travails attendant with what they pontificate about! I wonder if Ragsdale has ever had to counsel such a “Blessed” woman, 5 or 10 years after her “Blessing”: 1. when she sees parents enjoying their baby can only do that vicariously 2. when she has a baby and wonders what her “first baby” would have been like* 3. when she finds that as a result of her “Blessing” she can no longer conceive Hey, condoms are a buck… Read more »

Her mind set is simple really. She is an unrepentant lesbian, therefor her concept of sin is relative. Once that snowball starts rolling, all sins just seem to attach to the same big ball of evil.

Amen Sage! When so black and white in the Word, why is it such a “gray” issue?

She is a brave and enlightened human being. I applaud her.

Ah enlightment is killing a baby…no wonder your email address is jamilasuicide@….

Jelly Belly-
Are you actually a girl? Female?

Yes. Quite. I’m assuming you are as well, although the image that springs to mind is an angry, overweight woman who likes to take her rage out on others and call it religion.

That you “applaud” a faux-Christian cleric who proclaims abortion, the deliberate killing of an innocent human ife — for any reason, at any stage of his or her development — is a blessing makes you as depraved and evil as Katherine Ragsdale. I feel sorry for you, Jelly. Anyone who stayed up from night until early morning, posting up to 50 comments on this site, with an e-address (whether real or faux) of jamilasuicide@*****.com, is in utter misery and darkness. I will be praying for you this morning at Mass — to the God you defy, defame, and insult. He… Read more »

someone
Reply to  Dr. Eowyn

remove your bullshit or have your website blocked. not fucking with you, douche.

Author
Dr. Eowyn
Reply to  someone

Hi, Jelly!
So now your alias is the depersonalized “someone”? See what evil does to you? It’s robbed you of an identity.
Alas, you’re still using the same IP address in Pasco, WA! Evil by whatever alias smells just as foul.
You’re also descending to uttering gutter language, just like the demon-possessed. Tsk, tsk.
+++ 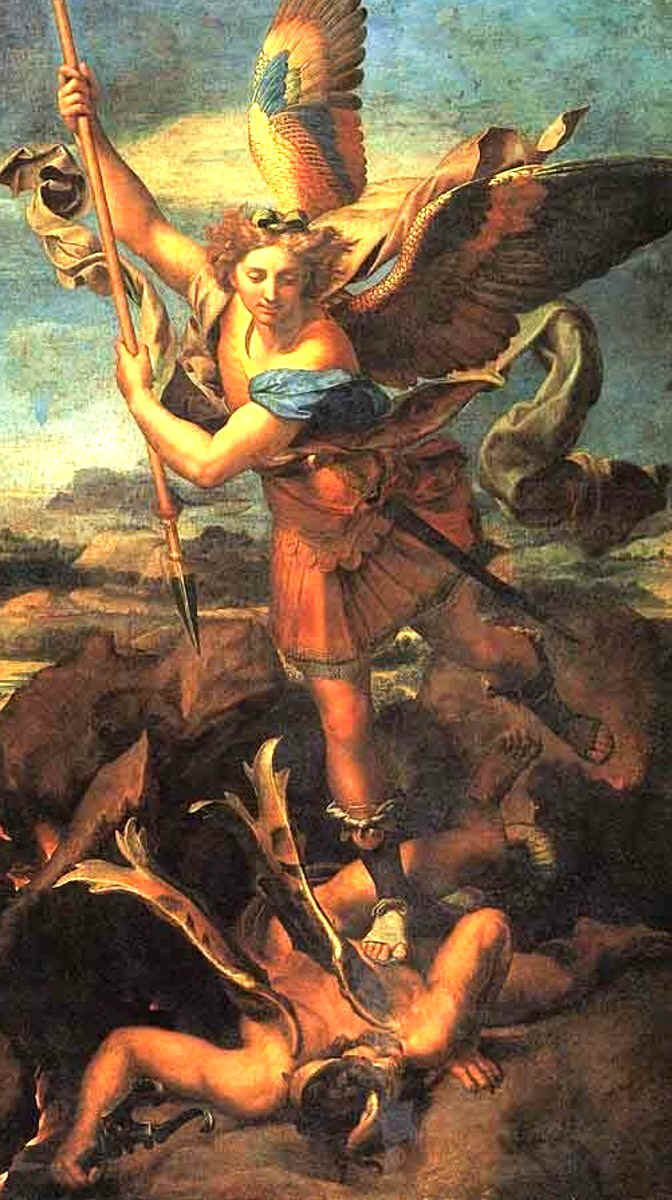 Author
Dr. Eowyn
Reply to  someone

and this is for your foul language, “someone”, aka Jelly, aka Jamila of SuicideGirls:
https://suicidegirls.com/girls/Jamila/profile/

Dr. Eowyn, you DO realize you just sent us a link to nudity? Jamila’s site shows either her or a different girl topless lying down.

The link is to Jelly’s profile on Suicide Girls. She posted the nude pics.

I love the “crooked” remark! So fitting! I’ve always thought it odd that homosexuals and liberals in general were ok with us calling ourselves “straight” since it infers we have a normal healthy psychology and they don’t.

Lol awesome! Hey btw have y’all seen Dr. Manning’s video where he sings about “Obama and Sinclair had a steamy love affair!”? He is a pastor up in Harlem, New York, and the YouTube handle is ATLAHworldwide.

God repeatedly calls this nation back to him. to return. He has sent signs to this effect. We have ignored them. Our fate is sealed. Read the book: The Harbinger and you will understand.

The article states, “Ragsdale recalled the time she took a 15-year-old girl she had never met before to get an abortion.” She is breaking the law. In every state in the Union, if a 15-year-old girl gets pregnant, it is STATUTORY RAPE. She obviously didn’t report the rape, so she committed a crime, by not reporting it, then allowing a rapist to get away with their crime. I thought these people were supposed to “care” for these girls, but by their own actions and words, they show they don’t care at all for anything but killing unborn, innocent children.

A politically-correct Christmas story – Wake Up To The Truth

[…] A transgender said he objected to Jesus’ birth because it implies only women can give birth. A feminist objected to Mary’s virginity because it oppresses women by setting an impossibility high bar for women. Yet another argued that Mary, finding herself pregnant out of wedlock, should have had an abortion because “abortion is a blessing“. […]