Lena Dunham warned Clinton aides that Weinstein was a rapist

So the faux-feminist knew about Weinstein yet said nothing publicly. Such a brave womyn.
From Yahoo: Harvey Weinstein was discussing a new documentary TV show with Hillary Clinton’s team the month before he was exposed as an alleged serial sexual predator—and despite her team having been warned about him—according to a new report.
The New York Times published a detailed account on Tuesday, based on nearly 200 interviews, that describes the network of complicity surrounding the disgraced movie mogul. It largely covers how assistants, journalists, and agents helped Weinstein target young actresses and cover up his alleged misconduct.
But the article also details Weinstein’s long-running association with Bill and Hillary Clinton, for whom he raised funds and donated cash. It’s not clear whether allegations of his sexual activities reached the Clintons themselves, but the actress and writer Lena Dunham said she warned Hillary Clinton’s deputy communications director, Kristina Schake, in 2016 that Weinstein was a rapist and that this would come out at some point.
Tina Brown, the veteran journalist and publisher, also said she warned Clinton’s team during the 2008 presidential race, saying it was unwise for the candidate to associate with Weinstein.
“We were shocked when we learned what he’d done,” Clinton communications director Nick Merrill told the Times “It’s despicable behavior, and the women that have come forward have shown enormous courage. As to claims about a warning, that’s something staff wouldn’t forget… Only [Dunham] can answer why she would tell them instead of those who could stop him.”
According to the Times, Weinstein was emailing with Clinton lawyer Robert Barnett in September this year, discussing distribution rights for “a documentary television show he was working on with Hillary Clinton.”
Other fresh details include Gwyneth Paltrow’s allegation that Weinstein falsely told people she had slept with him, suggesting that for other actresses who followed suit, it would be “the best thing you can do for your career now.”
Apart from that, the article largely expands on what has emerged over the past few months: that Weinstein got people to dig up dirt on women who might report his misconduct, and that his business associates regularly suppressed information on his behalf and tolerated his behavior.
It also shows Weinstein called in favors among friends in the tabloid press, such as The National Enquirer, to run hit pieces on his potential accusers.
DCG

Of course Hillary ignored Dunham’s “warnings” about Harvey Weinstein, because:
(1) Hillary already knew about him, for years.
(2) Hillary is an enabler of men who sexually abuse women. Just ask the women raped, abused, harassed by her husband, Bill, whom Hillary helped trash their reputations as Bill’s “bimbos”.

Talk about bimbo? why Killary Rotten Clinton is talking none other than her “beloved” husband Billy, while she was getting it on with her Georgie Soros, tic for tac. Thanks to all of them wanting to bury President Trump “the pankake” has turned on and ALL the corruption is coming to light.

Lena herself is a sexual predator, molested her baby sister as far as I understand.
She is a gross person in every way.

I love (sarc) how these liberals stab their buddies just to save themselves from their own doings, they have known all along the comings and goings -it was not a secret, it was just a matter of getting some points to benefit themselves. just like pigs waddling in mud, they are all in it, Lena Do-noHarm warnings’s were not important, what mattered was to win, and since they turned out to be the losers, what the hell, let’s all go down together.

There is little doubt about it . . . I can not find it in my heart to think that Killary would give a rat’s a _ _ if Weinstein were to rape every woman on her staff. She certainly would not want to do ANYTHING that would turn off the spigot of monies which might flow from him. She is for all intents and purposes the most immoral woman in today’s headlines. I know this is wrong . . . . but I wish she would be rendered unable to speak anymore forever. I am sick to death of… Read more »

Once Killaey’s in Prison she’ll be severely restricted in when and for how long she can speak to her peeps. Won’t that just SUCK?? (sarc)

How Harvey Weinstein Got Away With It: Highlights from the New York Times’ Epic Article, ‘Weinstein’s Complicity Machine’
https://www.indiewire.com/2017/12/harvey-weinstein-new-york-times-penile-injections-gwyneth-paltrow-lena-dunham-1201904382/ 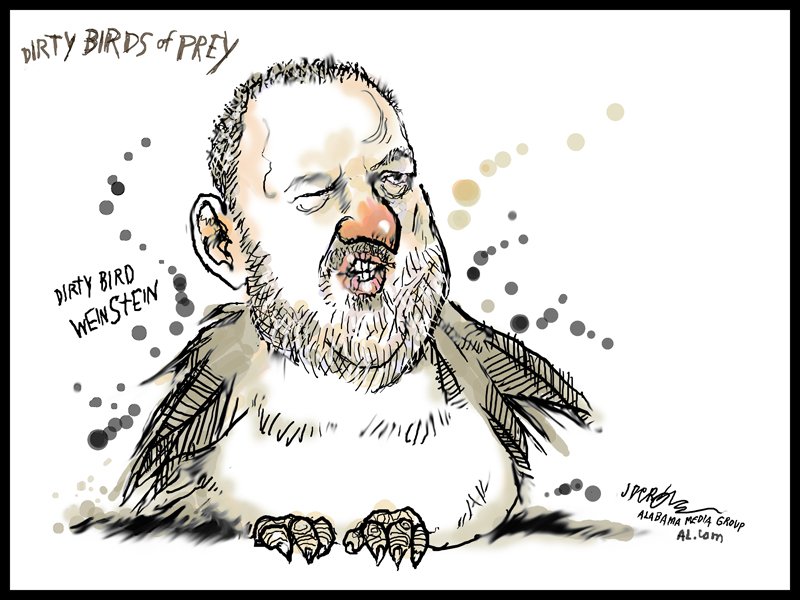