Lawsuit demands US remove 'In God We Trust' from money

I can’t imagine going through life as a professional victim.

Michael Newdow is infamous for suing for all the butthurt in his life. He’s unsuccessfully sued against the inclusion of the words “under God” in public schools’ recitals of the Pledge of Allegiance. Since 2005 he’s been suing to have the words “In God We Trust” removed from US currency. He’s now filed another lawsuit and this time it’s personal.
Fox News reports that Newdow filed the lawsuit Monday in Akron, Ohio. Throughout much of his lawsuit, the word appears as “G-d.”
Newdow claims “In God We Trust” violates the separation of church and state. One plaintiff says his Atheism is “substantially burdened because he is forced to bear on his person a religious statement that causes him to sense his government legitimizing, promoting and reinforcing negative and injurious attitudes not only against Atheists in general, but against him personally.”
The lawsuit represents 41 plaintiffs from Ohio and Michigan, including many unnamed parents and children who are atheists or are being raised as atheists. Defendants include Congress, Treasury Secretary Jacob Lew and various federal agencies.
Methinks he’ll be unsuccessful again.
DCG
Please follow and like us:

On your knees; put your hands behind your head, and most importantly shut up.
I also hope he fails.

someone call the whaambulance for this butthurt pussy.

Dear Mr. Newdow: Where have you been while that wonderful religion of peace, love and beheadings has been indoctrinating school children with all things allah? Where have you and others who yell “separation of church and state” from the roof tops been while school children have been made to sing the song that praises the evil satanic allah? Or is it ok for the muslim/islamic/terrorist to indoctrinate school children with their so-called religion but not OK for Christians to mention God Almighty. That same God Almighty who created the Heavens, the Earth and everything therein, including you! May the Lord… Read more »

Excellent points, MA. They just go to show atheists invariably are really not anti-religion. They are anti Christ.

Newdow, a Jew, sure pursues atheism with religious conviction. For that matter, though an atheist, Newdow is an ordained minister of the Universal Life Church.

Is that the same as Hillary’s denomination; the Universal Lie Church?

I can see both sides

It’d be interesting, to say the least, when you say that to God face-to-face one day.

He should be sued for Harassment,ans prosecuted for tying up the Courts with Frivolous Lawsuits,

I suppose this whacko-bird ALSO thinks the Founding Fathers DIDN’T have Divine assistance from God when they were creating the United States of America,the US Constitution in particular. There are things and concepts in it that are known so far ahead that these people could never have known,that far in the future,what would come to be,were it not for some sort of “Divine Intervention” if you will,inspiration and knowledge and understanding of things that wouldn’t come to pass for over 200 years. Tell ME God didn’t have a hand in creating this wonderful Country….

Mr Newdow is an agent of the evil one (even if he doesnt know) doing his dirty work to chip away at this once great nation there are multitudes of morons like him in the U.S. today and collectively they do make an impact. It is a sign of the times that he is not simply ignored or better yet laughed at. I hope that he fails miserably at all his endeavors

how can he feel “offended” by something he doesn’t believe in?

I think most atheists do know deep down that God exists but are in denial
in Newdows case he hates his creator and everyone who can see/hear the truth.

With all the things assailing us right now, all we need is this devil’s spawn coming up with stupid stuff with this. There is no doubt that Our Founding Father’s were not only divinely inspired, but divinely protected. One instance, which I may have written about previously (although I always marvel that such a thing could be) when George Washington was acting as a rider with messages between commanders during the French-Indian Wars. There was an attack, although the young braves aimed time and time again at Washington–they were not able to pierce his skin (he clothing showed penetration however.)… Read more » 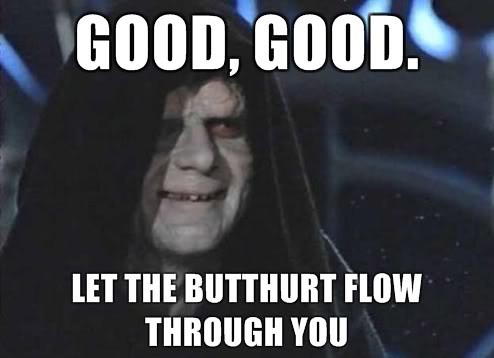 Perpetually offended and miserable. That’s fine, it’s a good choice for some people but he has no right to insist we all submit to his particular disease and delusion. It must suck to be him. Personally, I would like to knock him as cold as a block of ice and when he comes to, hit him again.

Newdow is a loser! Doesn’t he have any self-respect? Apparently not!

Didn’t he start many years ago by suing the schools his daughter went to so she wouldn’t have to say the Pledge,of Allegience because it contained God?
He must be a lonely guy.

Atheist loses lawsuit to remove ‘In God We Trust’ from U.S. currency | Fellowship Of The Minds