The progressive mob recently had their panties in a wad over the “Cowboys and Indians” birthday party Hart had for his son.

Hart should have learned that you never cave to the SJW mob.

From Hollywood Reporter: Kevin Hart is stepping down as Oscars host just two days after the Academy announced he would take on the high-profile gig. The move came amid a mounting controversy after old tweets surfaced in which Hart expressed anti-gay sentiments and used homophobic terminology and slurs.

In a tweet late Thursday, Hart officially withdrew from hosting the Oscars, a role he had long wanted to step into. “I have made the choice to step down from hosting this year’s Oscar’s….this is because I do not want to be a distraction on a night that should be celebrated by so many amazing talented artists. I sincerely apologize to the LGBTQ community for my insensitive words from my past,” Hart wrote.

He added seconds later, “I’m sorry that I hurt people. I am evolving and want to continue to do so. My goal is to bring people together not tear us apart. Much love & appreciation to the Academy. I hope we can meet again.”

Earlier in the evening, Hart had posted an Instagram video from Sydney, Australia, where he is touring, saying that he had refused a demand from the Academy to apologize. He said the Academy gave him an ultimatum: Apologize for his old tweets or step down as Oscars host.

“I passed. The reason I passed is because I’ve addressed this several times. This is not the first time this has come up,” he said. “Regardless, to the Academy, I’m thankful for the opportunity, if it goes away, no harm, no foul,” Hart added.

Ironically, in giving up the hosting spot, Hart actually offered the apology that earlier he had refused to provide.

The Academy did not immediately respond to requests for comment.

But for the Academy, the situation smacks of déjà vu. In late 2011, Brett Ratner resigned as producer of the 84th Academy Awards after saying “rehearsal is for fags” in a public Q&A for his film Tower Heist. Ratner’s exit led to the departure of Eddie Murphy, that year’s announced host, who stepped down in solidarity. (Billy Crystal filled in.)

Losing Hart as host will put even more pressure on Donna Gigliotti, who is producing the 91st Oscars, set to be broadcast by ABC on Feb. 24. This week’s announcement that Hart would host came relatively late in the process. Now, finding a new host to take on emcee duties could be even more difficult.

Earlier in the day, Hart issued an Instagram video in which he said, “I swear, man, our world is becoming beyond crazy. I’m not going to let the craziness frustrate me or anger me, especially when I worked hard to get to the mental space that I am at now.”

He continued, “My team calls me, ‘Oh, my God, Kevin, this world is upset about tweets you did years ago.’Guys. I’m almost 40 years old. If you don’t believe that people change, grow, evolve as they get older, I don’t know what to tell you. If you want to hold people in a position where they always have to justify or explain their past, then do you. I’m the wrong guy, man,” Hart says. “I’m in a great place, a great mature place, where all I do is spread positivity.”

The tweets in question included a 2011 tweet in which the comedian and movie star had written, “Yo if my son comes home & try’s 2 play with my daughters doll house I’m going 2 break it over his head & say n my voice ‘stop that’s gay.'” In another from 2010, Hart says someone’s profile pic looks “like a gay bill board for AIDS.” In another written in 2009, he called someone a “fat faced fag.”

Those tweets and many more like them could be found as recently as Tuesday, the day Hart was announced as host. But as word of them began to spread in the days following, they began to disappear.

The tweets drew condemnation from the likes of actor-comedian Billy Eichner, who tweeted, “You can tell its not just a joke — there’s real truth, anger & fear behind these. I hope Kevin’s thinking has evolved since 2011.”

Journalist Mark Harris went even further, tweeting the choice of Hart as host was “out-of-sync for a year in which Rami Malek, Melissa McCarthy, Olivia Colman, Mahershala Ali, Richard E. Grant, Emma Stone, Rachel Weisz and Lucas Hedges could all get nominated for playing LBGTQ characters.”

GLAAD reached out to ABC, the Academy and Hart’s management to “discuss his rhetoric and record as well as opportunities for positive LGBTQ inclusion on the Oscars stage,” said Rich Ferraro, chief communications officer for GLAAD. He said they did not immediately respond.

GLAAD responded to Hart’s decision to step down in a statement on Friday morning.

“Kevin Hart shouldn’t have stepped down; he should have stepped up,” said GLAAD president and CEO Sarah Kate Ellis. “Hart’s apology to LGBTQ people is an important step forward, but he missed a real opportunity to use his platform and the Oscars stage to build unity and awareness. We would still welcome that conversation with him. The Academy has recently made significant strides in featuring diverse talent onstage and they should now double down on that commitment as they look for a new host.”

It was not the first time Hart’s thoughts on LGBTQ people have caused controversy. A 2011 standup routine about his then 3-year-old son having a “gay moment” — “You’ve got to nip it in the bud!” he warned the audience — was criticized as promoting homophobic and dangerous parenting, according to The Guardian.

Nick Cannon does have a point here about some female “comediennes”

Nick does have a point. And Chelsea has used gay slurs in slamming republican men.

But that’s par for the course in Hollyweird and their double standards.

There really is a good reason (no matter what the lbtqf and what evers think) that “FUNNY” is synonymous with faggot, queer, lesbian, dike, tranny,bi-sexual, and all the rest of the pervert minorities.

Also, no matter what those pervert clowns want to claim, “homophobe” is a total mischaracterization. I certainly have no fear of them, but no one in their right mind relishes the thought of their own child turning out with one of these perversion.

I do feel mr. hart is more concerned for his career than standing on real principles.

So what? NO HARM DONE, he is not losing much, he moves on to greener pastures, the Oscars are no longer the prestigious trophies for the best of the best in Hollywood, now you have to be gay, lesbian, violators, corrupt and hypocrits to qualify for the nomination. He had the courage to express his feelings, and DO YOU BLAME HIM FOR THAT? Not at all, hope he doesn’t change his ways in order to be accepted. This like everything else shall come to pass, I’m glad he is the guardian of his family.

The irony is that “gay” men would make it a hate crime to describe what they themselves have always claimed is the only difference between themselves and other men, which is their sexual behavior, because that behavior by their own accounts of it is unmentionable. This inversion of reality hopes to criminalize speaking the truth in the same way telling the truth about the msm and Hollywood’s moral subversion or Wall Street’s debt slavery is unmentionable. As for the fellow in the article, I can’t see why he’s apologizing if he’s now a man as he says, considering the unmentionable… Read more »

I was glad he stood his ground,then disappointed that he still apologized after the fact. If his opinion was worth turning the job down for,he should have left it there,and not flipping afterwards. I too am getting really tired of these whiners coming unglued every time someone says something that they FEEL insulted by. Hell,if I went by THEIR standards of what’s insulting enough to have a stroke over,I’d have died in High School! The better response is to say, “That’s YOUR opinion,everybody has ’em.” and move on-don’t let it ruin your life or justify you ruining someone else’s life.… Read more »

When told “I have a resentment,” someone replied, “They’re free. Take two.”
It’s very disappointing that Hart caved in and apologized!

I don’t know who Hart is but I will take his side of the matter, for this reason: The pro-LGBT crowd has grown in its audacity and hypocrisy to the point where it has become supercilious. It is looking at tweets and statements Hart put out years ago, just what social media has done to many people, myself included. This is bigger than Hart: This is about free speech and free thought. But Jack Dorsey of Twitter has set the standard here, and this faux concern over peoples’ sensibilities is really an effort of our ruling elites of Silicon Valley… Read more »

I will die trying to defend heterosexual rights They have already given us abortion. Why should 90% of the population support men on men or women on women. They do not reproduce or raise children. The idea of raising children and reproducing has been changed by the GOD LESS people. Suffer the results.

“Wonderful” modeling experience. Yes sir. All must pleas The Borg (or else). What a wus. Of course they probably told him he’d never work in this town again. That’s fine, they can have it. Pure propaganda. No balls. All gone. 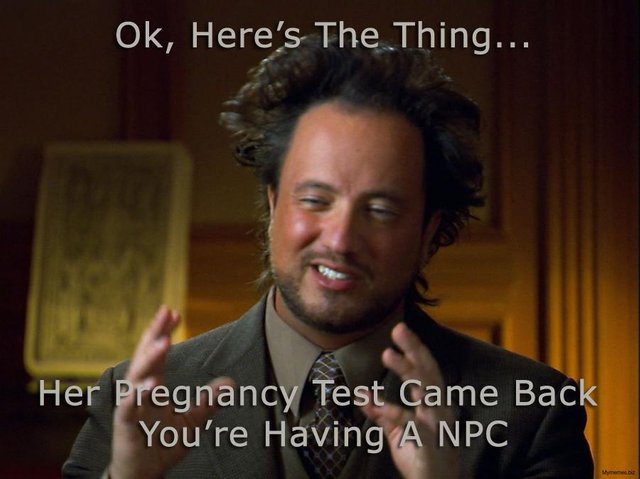 And this affects my life how? What a bunch of useless ninny-hammers.

I think he showed the heart of a father to intervene if his son was starting to get involved with girls’ toys and such. If only more fathers were there for their sons to raise them into manhood. He really shouldn’t have evolved.

It is ok, guys. He is black; all is forgiven.

OK, I am officially NOT watching self-absorbed morons at the Oscars. Oh! That’s right, I forgot, I QUIT WATCHING THE OSCARS ABOUT 10 YEARS AGO. I hate Hollywood morons who just got lucky and got a part in a movie and think they have a right to lecture me. I have the right to turn them off and have done so. It’s been the most pleasant and enduring experience I’ve ever enjoyed!