(unless he repented in the last moments)

A pastor and great teacher of mine used to say we should expect to be surprised when we get to heaven. We will likely see people there who we were sure would be in hell, and notice that others we thought would be in heaven are distinctly absent.

Having said that, however, if Marx did not repent at the last and receive forgiveness, then he will surely have spent the last 135 years since his death in 1883 in the torments of hell. There are few whose writings have caused more harm, more murder than the writings of Karl Marx.

So when I see Marx’s followers rise up in our nation, like Alexandria Ocasio-Cortez, Bernie Sanders and Tom Perez, I am greatly troubled for the future of our republic. I believe the very same devils that powered Lenin, Trotsky and Stalin are now in possession of these people, and intending to bring about the same kinds of blood baths we saw in the 20th century.

And Alexandria Ocasio-Cortes 2019’s resolution will be a crusade to communist Cuba and Venezuela. BTW, has she registered as a member of the communist party in the US? 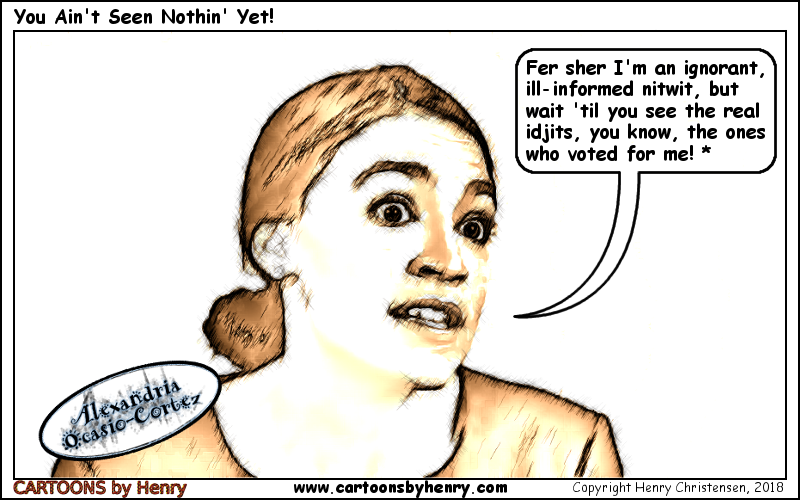 “It is far from clear whether ‘good intentions plus stupidity’ or ‘evil intentions plus intelligence’ have wrought more harm in the world. . . [and] incompetence that would otherwise have remained harmless often becomes dangerous…Failure does not strike like a bolt from the blue; it develops gradually according to its own logic. As we watch individuals attempt to solve problems, we will see that complicated situations seem to elicit habits of thought that set failure in motion from the beginning…,” from The Logic of Failure by Dietrich Doerner. Beyond Alexandria’s apparent good intentions being certain to wreak economic havoc, I… Read more »

I have heard more than once, “Why are those people who are so rich promoting socialism?” (David Rockefeller comes to mind as an example of an immensely wealthy and powerful man in his day, today, not so much.) Because a Marxist world is a dictatorship of the wealthy, not the proletariat. DR defined the class he wanted to control the NWO as intellectuals and bankers. So, all who want to be progressives, get branded, receive your shots, enjoy your feed, and head for the stockyards. 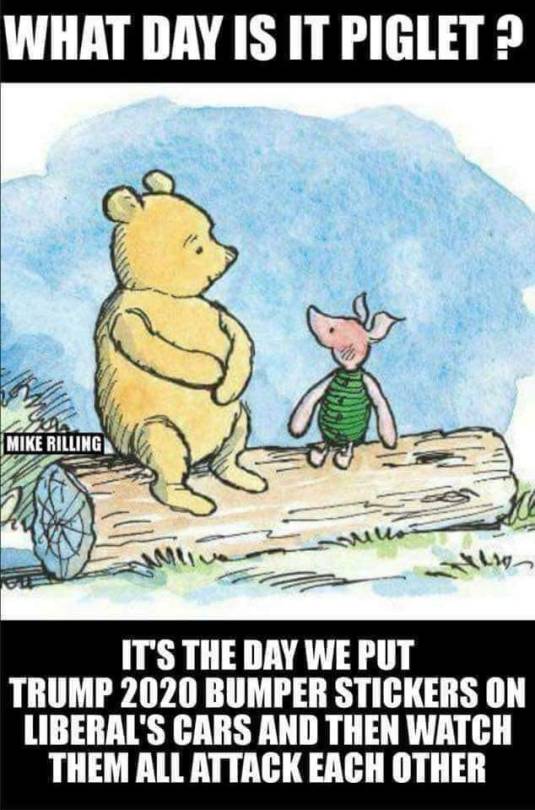 I absolutely agree, and we in the West tend to underestimate the carnage: Many have said “100 million” or maybe “200 million.” The real death toll may well be over 400 MILLION, if we can correctly estimate the Mao death toll. Years ago, I heard that the real Mao death toll may be as high as 240 million! This was shortly after China admitted it had uncovered some previously hidden or undiscovered records. Marx was an avowed and self-admitted Satanist who never performed one day’s worth of manual labor in his entire life. He did write for some newspapers, among… Read more »

“I believe the very same devils that powered Lenin, Trotsky and Stalin are now in possession of these people”

Me, too. Some time ago, I came to the reluctant but reasoned conclusion that the Left are not just laboring under a mental disorder, they are possessed. I honestly can’t think of any other better explanation.

I had the distinct impression a while ago while watching Tom Perez spilling out his hatred toward Christians and conservatives that I was seeing one of the principalities that drove Lenin or Trotsky. The same thing happened when watching Sanders and later Cortez in action. This is the hundredth anniversary of the Bolshevik Revolution, and I think there is a great desire to visit the same horrors on the earth, this time through America.

Former U.S. Pres. Clinton made a speech on his wife’s behalf. He stated she consults with Eleanor Roosevelt. This is doubtful, as she has been dead for quite some time. Consulting with the dead is Biblically forbidden.

Disarm us they must….

“Speaking the truth in times of universal deceit is a revolutionary act.” Geo. Orwell

Ephesians 2:2, the prince of the power of the air works in the children of disobedience.

Marx admitted he was a practicing Satanist.

Evil is manifesting at an exponential pace. There is at least 50% of the population in this country that does not know truth. They are happy living a delusion. Welcome to the kingdom of Lucifer. Pray for purification of Christians to be ready for what is definitely coming.

“Good intentions” coupled with ignorance (of history, human sociology & psychology, etc) , if sold successfully to the masses, always and historically ends up in a long-suffering of all but the new “Tsars” and a disappeared “middle class” that USED to supply wealth to all. The end product: collapse, ie….the Berlin Wall, the old governmental USSR and it’s “BLOC” country-“holdings,” and myriad and untold number of similar upon the face of the Earth. Bernie Sanders and Ocasio-Cortez (the old and tottering, and the very young……) are NOT the “saviors” of the Western World and/or the centuries-old beacon of light to… Read more »

I can’t understand why anyone would follow Marx. Isn’t he an “old, dead, white guy”?