Just what we need: Bill and Hillary Clinton launch US speaking tour

Hope they have plenty of cough drops handy.

From Yahoo: Bill and Hillary Clinton are taking their show on the road.

The famous political couple, who individually charge well into six figures for an address, is launching a 13-city joint public speaking tour of the U.S. and Canada titled “An Evening with the Clintons” that kicks off Nov. 18 in Las Vegas.

Tickets to see the former president and former secretary of state live on stage aren’t cheap. At the 5,200-seat Park Theater in Las Vegas, the same venue where Lady Gaga will soon have a residency, seats cost between $72.48 and $228.44. And at the Opera House in Boston, tickets go for between $120.50 and $745.50, and that doesn’t include fees to promoter Live Nation.

So what can audience members expect from the show?

“Experience a one-of-a-kind conversation with two individuals who have helped shape our world and had a front seat to some of the most important moments in modern history,” the public relations copy for the tour reads. “From the American presidency to the halls of the Senate and State Department to one of the United States’ most controversial and unpredictable presidential elections, they provide a unique perspective on the past, and remarkable insight into where we go from here.”

The tour will wrap up at the 17,505-seat Forum in Inglewood, Calif., an arena that usually hosts music stars. In the coming days, Drake, Phil Collins and the band twenty one pilots will take the stage there. Also on the schedule, however, is former First Lady Michelle Obama, who will appear in mid-November.

The Clintons aren’t novices on the paid lecture circuit. From 2001 to 2015, they raked in more than $153 million in speaking fees for 729 events. As yet, there is no word on how much the former first couple might make for the Live Nation tour.

I saw this news last night. Oh woe is me, more of the Cough-tons.
Exciting isn’t it? Former First Lady Michael will be attending.

It’s hard to believe there are still people who will pay to see this felonious twosome. Oh well, a fool and his money are soon parted.

I saw this picture yesterday. The Klintoons are supposedly in Germany for Oktoberfest. Check out what Bill is wearing!?

killary picked out his outfit.

Looks like the witch lost weight and face lift too? Is it really her? Where’s her ankle monitor?
She’s wearing the correct color, getting ready for solid orange.

Check out her crazy eyes 3rd frame down.
https://www.dailymail.co.uk/femail/article-6245891/Bill-Hillary-Clinton-attend-Oktoberfest-Munich.html

There on there way to the tent and celebrate Kavanaugh and his favorite drink.

Any photos of Bubba ogling Merkel?

Willy is about the only one I can imagine trying that. 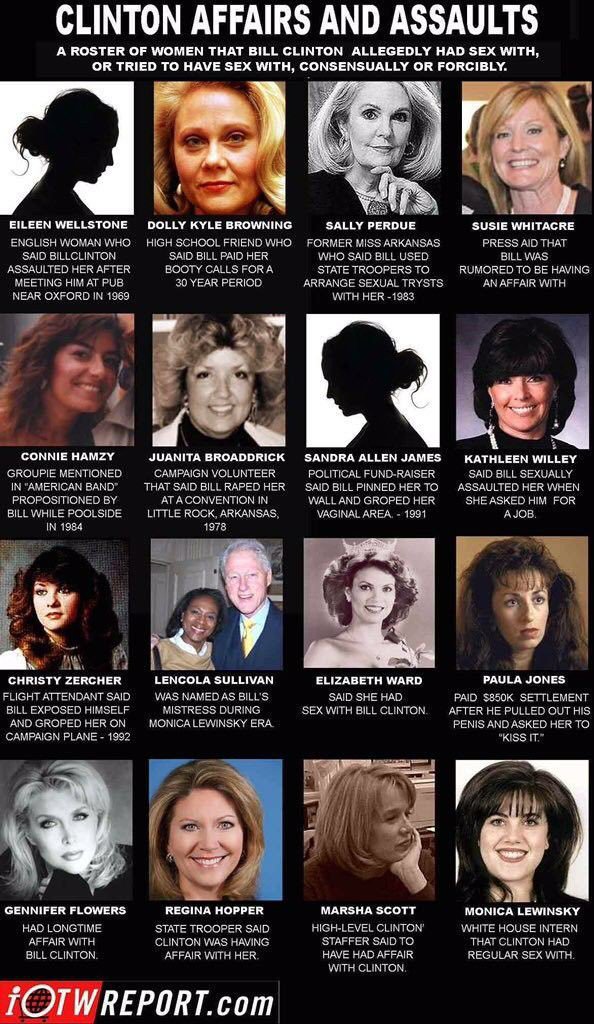 It’s obvious these two have stolen enough money for themselves, Chelsea and the grandchildren to be comfortable for 2 or 3 generations, so they don’t need the funds. Their narcissism outweighs everything else in their miserable lives. I fear there’s no hope for the imbeciles paying to see these criminals. The only positive outcome for this illicit tour is maybe we’ll get to see Bill forget what he’s saying, killary’s coughing jags, seizures and falling up and down stairs.

LOL – They should call the Down the Tubes Tour.

And my guess is the “leadership” of the CPUSA* is just overjoyed about this, too.

*That’s the democrat party for those who went to goobermint skewel.

I’d like to see Trump size crowds turn out for the clintonian tour. With plenty of protest signs and chants, lined up outside of ever venue in every city. A wall of Truth in their face.
However, all the conservatives are unable to attend because they have real jobs and they’re working their butts off while the economy is humming along. The dumbocrats meanwhile are trying to figure out how they can steal as much as possible of what the conservatives produce.

Not sure which would be worse, listening to their back slapping or having my finger nails pulled out one by one.

Seriously, who among us would pay a nickle to see these two pathological liars?
Perhaps there will be so many tickets available that the homeless and illegal aliens can come in from the cold and hang out.

To encourage them they will be serving free hot dogs, hamburgers and beer.

This is hilarious-who wants to hear anything these two have to say?
She couldn’t get people to show up for free at her rallies what makes them think people will pay to see them … hahahaha, funniest thing ever.
We’ll see how long this “tour” will last-hope they are planning on paying people to attend otherwise-well you know.

That was my first thought. Did you see the empty rallies where 0 to 50 people showed up? What are they thinking? They may very well end up having to pay venue owners out of their own pocket.

They won’t turn up for Hillary, but they will for Bill Clinton the rapist.
As recently as June 6, 2018, Bill’s appearance at the University of Pennsylvania was sold out. He was there with best-selling author James Patterson to hawk their upcoming novel The President Is Missing.

Hey, get your tickets while they’re hot! They’ll be flying “coach”, just to let you know they’re “one of us”. This is the “Hide the Women and Children” tour. Greed is a terrible thing. Why don’t they slink away to Paraguay and leave us alone? 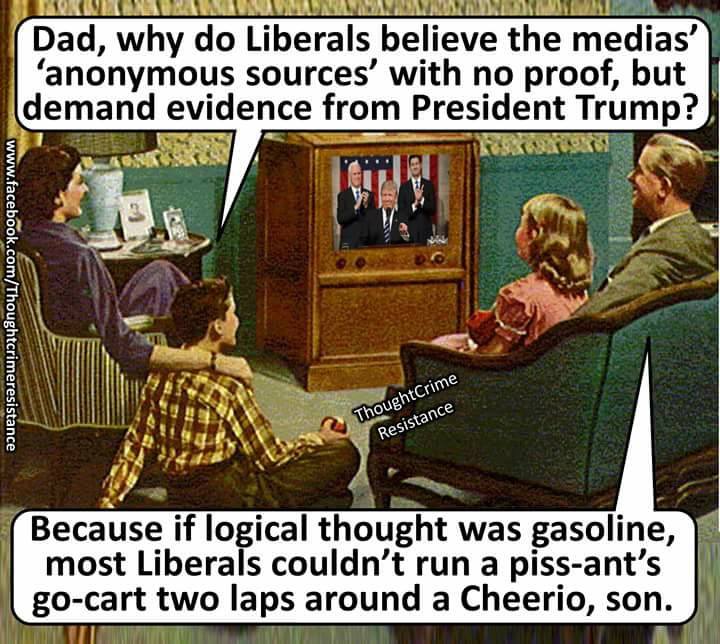 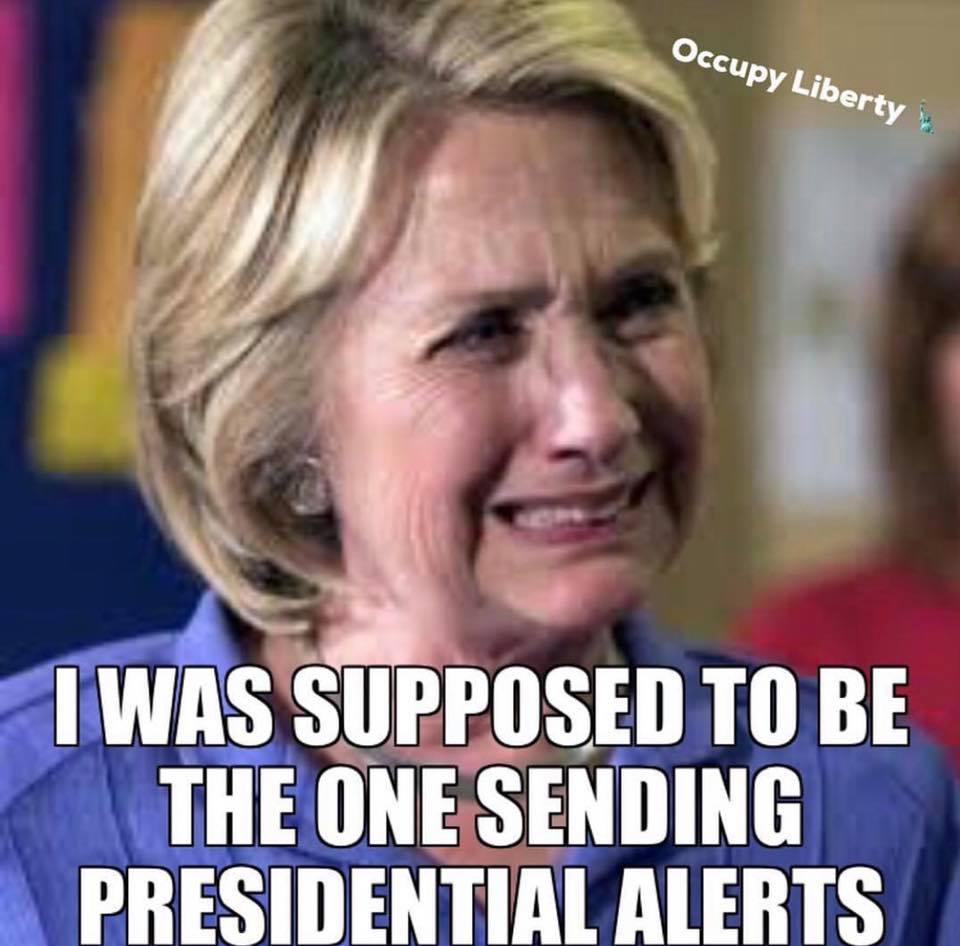 We have not been well-served by the “inheritable political powers” delivered to/exercised by our “American political families…..” such as, our long years of Kennedy (of which I include Barack Obama, who was first “given to us” by Teddy Kennedy in his waning political- powered-years…in a last-ditch effort to identify himself w/ a progressive future….), Bush, & Clinton families… We were established as a sovereign country in order to escape dynastic powers and group-think of inheritable political controls….and yet, even in our Democratic Republic, we fall victim to it out of the sloth of the voting public for not doing due… Read more »

I don’t really blame voters. We have zero control over who or what they run. It’s disgusting. My candidate never wins because I refuse to vote for someone I find repellant. Neither of the two Rothschild parties will ever run someone that can turn this ship of fools around. They don’t want it turned around. To come back later and blame ourselves for that predicament is what they want us to do. I have said many times, and I mean it, that if nobody voted they would stage an election, complete with breathless copy spewers, and declare a “winner” just… Read more »

Agree, mostly, Lo. But there is this: primacy and regency. Unfortunately our human condition, esp. in our age of instant communications….lays us open to this —–what you see most & first, and then most closely to the election date/or other critical date(like Supreme Court confirmation) is what you remember/consider when you pull the “voting lever. ” It doesn’t necessarily mean that you know why you are voting for/supporting this particular person…..it means that you are most acquainted with him/her through a first/most recent input. These days, our offspring, as well as a good number of even our generatioins…..operate on “sound-bites”… Read more »

Yes, indeed. Trump used this masterfully. I’ll hand it to him. Further, he “won” by knowing what to say. People still want what this country promised, not what these Social Marxists want us to have. The “mistake” they made was in believing that most were as brainwashed as they were. Their reaction is to call us “deplorable”. Having good values to them is “deplorable”. So the point I was making is that we aren’t supposed to be voting for someone to tell us what THEY are going to do. We are supposed to be voting for someone we trust to… Read more »

I hear ‘ya, lo. Agree. This is my thought—most Trump voters were like me and my husband—silent…would not share our political thoughts publicly (for fear of violence against us or our property) and for SURE NOT with any pollsters…who called our house day and night and to whom we would not reply/even pick up the phone (we knew them by their area codes on our caller ID). Why not share even on the phone? PISSED at the main-stream media. That’s why. Knew for sure they would ask us “loaded questions.” Knew they were biased against Republicans. Knew they were “out… Read more »

oops…against every REPUBLICAN running for office and FOR every Democrat…and would solidify their base on my back. Sorry….a few hours away from FRIDAY in a middle school…just hours away from Progress report, with parents SUDDENLY awakened to their failing students and emailing/calling etc. me . I don’t get home until 5:30 these days…..due to parent crap. As one of my teacher colleagues said the other day: we used to have NO parent input in Middle School…but NOW—those elementary school “helicopter parents” have “grown NEW BLADES” for middle school 🙂 (Progress grades due tomorrow….and they are just NOW contacting me…after continuous… Read more »

This power couple ought to take a few minutes and explain to their blissfully ignorant audience what Arkancide means. The two of them put Arkansas on the map, although Wilbur Mills made a sincere effort to beat them to it.

Yeah, I remember that. I also remember the Kennedys as well. I guess there’s nothing new under the sun. Of course the Clintons are still racking up bodies. I just read about another one yesterday. 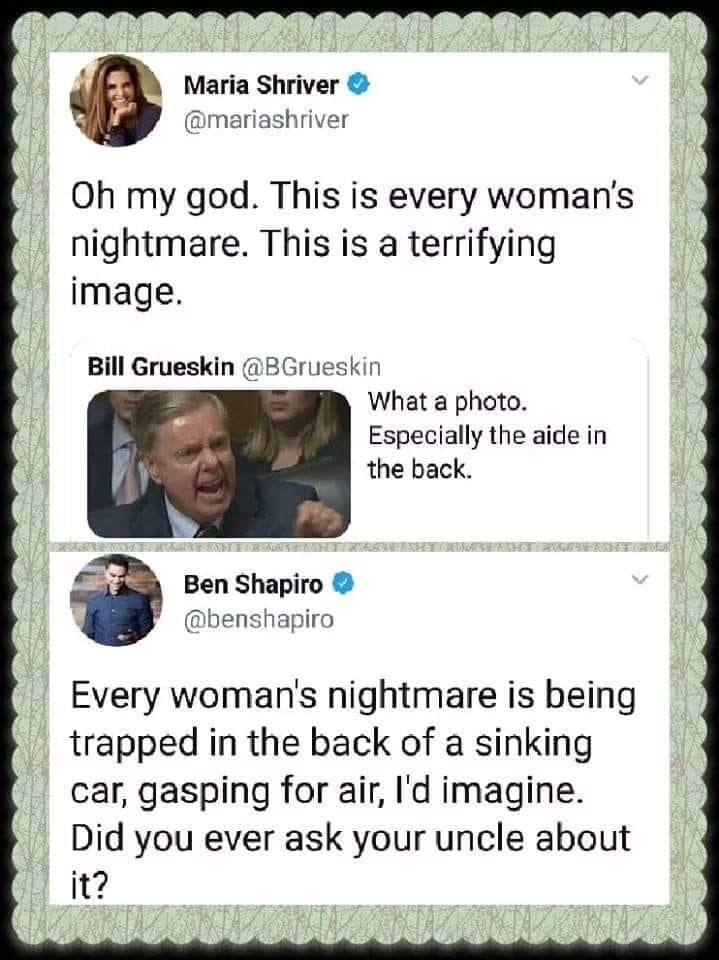 Won’t make any difference to their acolytes. The information about Arkancides and Hillary’s illegal email server is all out there in the Alternative Media. The Left and other willfully ignorant Americans simply refuse to avail themselves of the information, or believe in it.

Thank you Anne Berg….I’d forgotten all about Wilber Mills! This brought my head around at a snap and a great big belly-laugh of recognition to your post!

In 2013, The Clinton Foundation Only Spent 10 Percent Of Its Budget On Charitable Grants

And not a penny of the 10% went for the Haiti earthquake relief.