On December 16, 2018, Kolfage created a GoFundMe to raise funds for the US-Mexico border wall. In just a week, he’s raised a phenomenal $16½ million toward the stated goal of $1 billion.

Kolfage and his family are getting vicious hate mail and death threats from leftists. The leaders of the jackals are ABC latenight talkshow host Jimmy Kimmel, has-been actress Alyssa Milano, and the Daily Beast.

Attacks on my family-

Just want to let you guys know everything is ok with us. After Jimmy Kimmel and Alyssa Milano came after me personally it triggered an outpouring of attacks. People have been calling for the death of my wife and children; it will not be tolerated. Please do your best to report anything you see like this to the proper authorities.

WE WILL NOT BE DETERRED! KEEP RALLYING!

Deranged leftists have been sending triple-amputee veteran Brian Kolfage mountains of abuse after he was trashed by the Daily Beast, Jimmy Kimmel, Alyssa Milano and other high-profile liberals.

The hate mail provided to the Gateway Pundit contains appalling statements such as people asking if his brain was “amputated too,” calling him a “handicapped bitch,” telling him to commit suicide, wishing harm upon his children and mocking him for having lost his limbs while fighting for this nation….

On Thursday, Kimmel used his show to trash the nearly 260,000 people who have donated nearly $16 million to the GoFundMe in less than a week, calling them “dopey people” and saying that they are “dipping into their meth money.”

Dozens of examples of the vitriol and threats were provided to the Gateway Pundit, some of which we are now publishing — unedited.

Below is a sample of the hate mail sent to Kolfage (source: Gateway Pundit):

They are all demon possessed.

It is beyond anything fathomable that people would react in such a vile manner. No doubt, this is just a sampling of what the left thinks. There can be no doubt but what these people belong to the legions that Satan has under his control. When I look at the pictures of Brian Kolfage, I see someone with an aura of light surrounding him. We certainly do not associate “light” with the Father of Darkness. There is little doubt that among people who would act in such a vile manner, we have our work cut out in counteracting their behavior,… Read more »

“It is beyond anything fathomable that people would react in such a vile manner.”

You should see Dana Loesch’s (NRA spokesman) twitter timeline. She gets death threats and vile comments everyday and Twitter rarely punishes any of the proggies.

Kimmel, Milano and the left are so full of hatred. They cannot reasonable persuade with their arguments so they lead with their Alinsky tactics. Sucks to be them.

These mutts do that because they are paid to. If they don’t compete with each other to be the most hateful their owners might take away all that they’ve given them.

That’s why they’re there in the first place. They are there to shape the sheep. The stupid eagerly go along because they think it allows them to live vicariously through their idols.

Right you are, Auntie Lulu. These people really are vile. They’ve already lost, and they just don’t know it—yet.

Steven: There are many instances when private citizens have financed, through personal funds, infrastructure projects, not only for the state but for Federal government also. Public/private funds go to housing projects (HUD) to modernize and update living quarters. The same goes for private donations to improve defense projects, expand schools and invest in prisons. So, why not the wall? Isn’t that considered an infrastructure to protect America? Leeann

Common sense-wise, Leeann, I would agree. But the wall is such a politically-charged topic, I believe Schumer & Pelosi would cut it down in a heartbeat, traitors that they are. If the money raised were to be donated to Congress, I am sure they and others would block the issue quick. Let’s see what Pres. Trump does in the matter….

And there will be no banishment from Twitter for these vile, hate filled comments we can be sure.

Of course not. The “social media” is there to do their function just like “Hollywood” does theirs. It’s all a giant ad campaign/mindf*&k combination. They hit out from all directions hoping to create an atmosphere in which any deviation from The Odor will not be tolerated.

I completely missed this one, thanks, I’m going to take it to my side. Milano is a whore and Kimmel and untalented fool with no redeeming qualities.

My suggestion But Kimmel in front of a 50 cal machine gun the end result would be his death, which is a good thing for this special little loser.

It is certainly mind-boggling how so many can be so dead set against defending the sovereignty and security of this nation. Especially elected officials whose oath of office is to do just that.

Clearly an indication of the massive infiltration of foreign interests and allegiances infesting our political bureaucracies,…since,…..well,….even legal immigration.

They are making it impossible for us not to know our enemy. We have haters of our country, foreign and domestic, although, to be fair, some hatred is caused by a great lack of understanding of reality. Without the support of the puppet masters, many would be seeking minimum wage employment.

Time for Jimmy to be served a “Big ol’ plate of panty”. You degenerate!

These Haters SHOULD be thanking GOD and the US Constitution they live in a Country where they can make open death threats against TRUE Patriots (I noticed one Hater couldn’t even SPELL Patriot while telling us Brian ISN’T one.) without being hunted down and killed themselves.

Amen. They should try living in North Korea or Cuba. Maybe they could have a vacation home in Venezuela.

Karma has a tendency to provide return results to people who are truly in need of a tragedy…Everything vitriolic said by the loony lefties, will be returned ten fold…They have no rational argument, so they resort to hate speech…Why aren’t the various law enforcement agencies looking into prosecuting these slime balls???

Someone should collect all the stories written about the stupid these two are, book it up and send the books to their children when the get a little older. They both are scum filled hate mongers and their kids should know who they really are so they can get as far away as possible.

Why is there not some type of boycott against Killmill’s Tv sponsor’s? I wouldn’t think they would be very happy with him.

There will be a day when they seriously regret the hing’s they said, and that day is not but a few months away if not sooner.

It’s tempting to wish some really hateful stuff on Jimmy Kimmel’s kid in response – and MAYBE THEN Jimmy MIGHT understand why he should leave some things alone; the kid that nearly died soon after birth, and the circumstances that made Jimmy a whimpering, blubbering fool in begging Trump & the GOP not to repeal Obamacare. I just hope the kid grows up to be very different than his dad, in a good way.

Threats of violence from either side must not stand. While a few on the right speak angerly, the many on the left seem to be acting on their impulses or agreeing with those that do. Neither side should be confronted with name calling, sabotage, personal violence or any act of evil intent. But no one should ever be expected to lay down and take it either. Treat me right and I’ll treat you right. Mess with me and take your chances. If humans are so smart you’d think we would have figured every thing out by now.

Kolfage, the man who sacrificed 3 of his limbs so these degenerative, vile and disgusting famous leftists liberals could say these vile things about a person who has honesty, integrity and love of country. Amazing person.. Merry Christmas to the Kolfages and may you be surrounded with peace and safety.

And what have these two slimy creatures ever done for the good of this country? Nada,zip, absolutely nothing.

They are certainly not for the “Environment” “Wildlife” or “Global Warming/Climate Change” as allowing in millions of green house gas spewing, wildlife habitat destroying, polluting immigrants, will increase the before mentioned. Building “the Wall” is the most environmental thing a US president can do. In addition, we should be pushing a “Immigration Moratorium” like Pat Buchanan so wisely & environmentally was calling for back in the 90’s to now.

Ok, here is my favorite thing to do. I write down their email address and when I see ads, surveys, newsletters or even websites I sign them up. Maybe it goes to their junk mail, but then maybe not. I’m sure getting something from Breibart in their emails gets them so angry.
Anyway, it’s good clean fun and can give you a little giggle.
Merry Christmas everyone.

In a previous post, I wondered aloud the wisdom of Brian Kolfage’s Go Fund Me campaign, and I did that not out of contempt, but out of the concern that his doing so might land him in legal trouble. To wit, any charity money raised would have to, by law, go toward its stated purpose. Given the obstacles Kolfage would have to surmount, it may not be possible without Congressional approval, or at least the approval of those states that share a border with Mexico. These legal obstacles are real, and they are likely to remain in place. But after… Read more »

The first time I ever saw Jimmy Kimmel, I didn’t think he was funny. In fact, he is a vulgar bore. My overall impression of him was that he looked psycho and has the eyes of a disturbed person. He is about the same ilk as the View. Alyssa Milano is in the same boat with “nasty woman Ashley Judd”. She is a self-serving, hate-filled actress who has faded. It’s a fact in Hollywood that anyone over 30 is a has-been and wash up. She is suffering in ego from the fading of her youth. She always looks angry and… Read more » 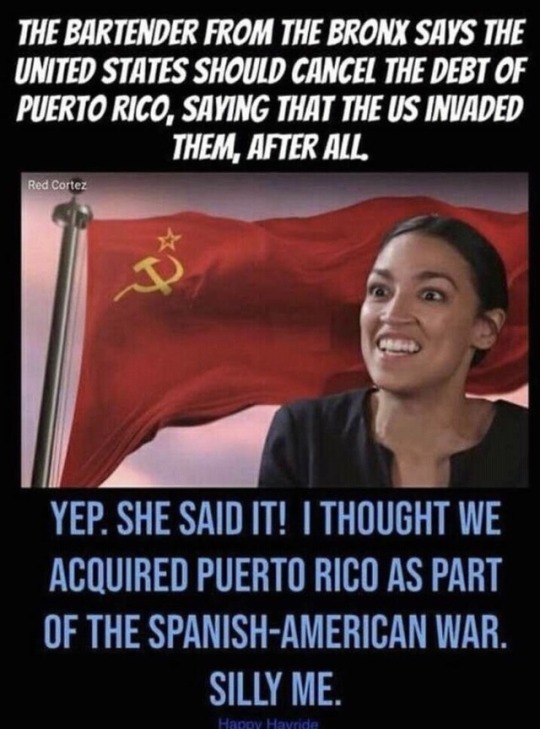 These weasels could be sealing their own fate with God, who observes all men and women, both the evil and the good. I hope they repent before it is too late for them.

be careful what you wish for. turn off hollyweird NOW

when you 2 POS a$$holes expire i will dump on your headstone. my dog too