A law in Oregon legally allows medical practitioners to starve and dehydrate to death patients with dementia, Alzheimer’s or another mental illness who are deemed mentally incompetent.

The law began as Senate Bill 494, with a vague, uninformative title: “Relating to health care decisions; prescribing an effective date.” The summary of the bill is a bit more informative, but still obscure: “Establishes Advance Directive Adoption Committee for purpose of adopting form of advance directive to be used in this state.”

But Steven Ertelt of LifeSiteNews rightly warns that SB 494, touted as a “simple update” to Oregon’s current advance directive, actually is designed to allow for the starving and dehydrating to death of patients with dementia or mental illness by removing current safeguards in Oregon’s advance directive statute that preserve Oregonians’ ability to receive food and hydration even if they lose mental competency.

SB 494 targets people who become mentally incapable of making health care decisions, such as someone with dementia, but who can still eat, drink and make other everyday choices.

“This bill, written in a deceiving manner, has as its goal to save money at the expense of starving and dehydrating dementia and mentally ill patients to death. Oregon law currently has strong safeguards to protect patients who are no longer able to make decisions for themselves. Nursing homes and other organizations dedicated to protecting vulnerable patients work hard to make sure patients receive the food and water they need.  Senate Bill 494, pushed hard by the insurance lobby, would take patient care a step backwards and decimate patient rights. Oregon Right to Life is committed to fighting this terrible legislation every step of the way. We have already seen the outrage of countless Oregonians that the Legislature would consider putting them in danger.  We expect the grassroots response to only increase.”

Oregonians will now need to specifically opt into an advance directive to ensure that their health care representative does not end their life.

A similar bill, HB 5898, is now being considered by the Connecticut state legislature. (LifeNews)

H/t Lola (aka Yahoo) and Kelleigh

How about starving to death the legislators who voted in favor of this bill.

You only have to watch the laws being passed in Salem, Oregon by our legislature to realize that the majority of those serving are hateful, evil Democrats who know no bounds regarding the sanctity of life. It seems as though we were unlucky enough to have so many of the liberal riff-raf from California move up here, only to corrupt our legislative body, and most of the political positions in our large towns/cities. God help us!

I’d be curious Auntie, if all of these lefties are actually from California. I don’t deny you guys have had more than your fair share of Californians moving to Oregon; that started many, many years ago, but this leftism is like a disease that has been spreading. I have relatives on my mothers (who is very conservative) side , who have lived all over the world from Germany to South Carolina to LA because of their dad’s line of work. They presently live in Washington and are liberal retards. Nothing you can say to them reaches them. I am sure… Read more »

I looked up a couple of the larger city reps and where they came from: Kotek – Oregon since ’87, first openly homosexual member, blah, blah, blah Keny-Guyer – Oregon since ’94, moved from California (school in Hawaii) Greenlick – Oregon. He’s chair of the House Health Care Committee, which is ironic because he is overweight. Republicans tried to get Greenlick admonished because the guy was very discourteous and lost his temper at a hearing. He later apologized. Nosse – Oregon since ’92. Profession: “Labor organizer.” Willliamson – born in OR. Fahey – from IL; moved to OR in 2015.… Read more »

I’ve come to believe that Lefty-ism is a brain eating disease.

They’ve got ’em in Delaware too: 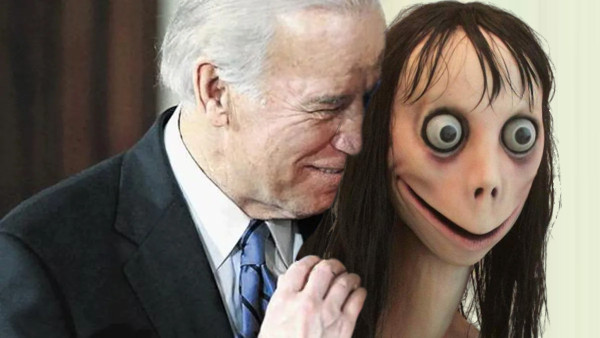 They don’t work for us and their boss is evil.

Sounds like II WW and navy concentration camps ran by Dr. Joseph Mengele, to perform his diabolical medical experiments. The Oregon bill is just a form of disposing those that are a burden to the government extracting them from society all done under the law.

Liberalism is evil at its core.

Are there really any words for this? “Evil” seems too mild. Yes we know the usual suspects who push all this, but what boggles my mind is the ordinary people who comply with this by supporting these twisted leftist politicians. As someone I know says…how dumb do you have to be and still breathe? Those leftists who claim they are so compassionate and virtuous are starving and withholding water from someone who has no say in the matter… This is one of the most hideous ways to die. Because of the incompetence of the medical deities I almost starved to… Read more »

Geez, what is it with Oregon? I remember back in the 90’s when Dr. Kevorkian was still out and about spreading his glad tidings that Oregon passed some kind of state health care program that covered assisted suicide but not hospice care. Even MassHealth covers hospice (along with “gender reassignment” surgery) and Massachusetts is Satan’s Own Commonwealth. And I see there is a provision for mental illness in declaring a person incompetent and therefore eligible to be starved to death. I know from many years of experience that the criteria used to assign a diagnosis of mental illness (and they… Read more »

My twin sister was denied a feeding tube and water by Hospice because they told her husband they were feeding the brain tumor. So he complied. I called the American Cancer Society and they told me food and water is not feeding the tumor, it only makes the patient more comfortable. I told my brother-in-law what the Cancer Society told me and he would not listen. She suffered in that bed and it was horrible to see her denied of basics to keep her comfortable.

Australian nursing homes have practiced “hill by mouth” death sentences on incapacitated patients for years! Patient voices cease working because of dehydration so they are unable to effectively protest while families don’t understand what is going on until it’s too late. It’s state sponsored murder and is rife. I know my father was a victim of this and I was not able to save him because “doctor knows best” BS

That is horrible. I have spent years raging at the incompetence, stupidity, and heartlessness of doctors and the medical system generally. When it comes to chronic pain/chronic illness/ end of life issues, they invariably drop the ball and people have to endure unnecessary suffering. Their attitude seems to be, just die already. When assisted suicide was in vogue the majority of people who sought it were in terrible chronic pain. When they received effective pain management they didn’t want to die anymore. Imagine that. The vast majority of suicidal people I have worked with don’t want to die, they just… Read more »

My MIL knew a lady who had terminal cancer, in hospice and they refused to give her any pain meds because they didn’t want her to “get addicted”, she was TERMINAL! The poor lady was in so much pain she wouldn’t let anybody touch her.

Yeah, they always say “we don’t want you to be a drug addict.” They don’t care one way or the other, they just don’t want their names popping up in the DEA database. They play both sides too, as always, prescribing high doses of narcotics or benzos to people who don’t really need them. Then they shut them off, the patients go into withdrawal, and they refer them to suboxone or methadone “clinics”, into a state of semi-permanent state-managed addiction. And few escape. I once worked with a guy who had been clean for a year but when he finally… Read more »

And one wonders what the recidivism rates are from these so called “drug clinics”. A bunch of those “doctors’ who run them are junkies themselves!
I know, all those “suboxone” drugs are just heroin lite.
Too bad people don’t realize that most “addictions” are the result of a poor refined foods diet and massive B vitamin deficiencies. Of course that doesn’t make the “system” any money by actually curing them.

Just wait until Oregon’s death culture is complete- they’ll start harvesting their organs and then just let them die, once they realize they can make money off it too, what’s to stop them, their consciences? They don’t have any, apparently.

How socialized medicine keeps those costs down…

Bawling my eyes out. My 95 year-old mother-in-law has had dementia for a few years now. We will NOT put her into public care or private care due to this sort of report about care for these individuals.

PS…..even with long-term diagnosed Dementia, my mother-in-law, just called my husband, her child, minutes ago, to find out about a scheduled vascular surgery that he has been under-going…and will continue with next week again…..EVEN with DEMENTIA….these are STILL PEOPLE with a family, with a history, with memories….with feelings and connections…..they…like the UNBORN, have a RIGHT TO LIFE.

Hasn’t this been going on for years? First heard of it in early 60s. Cousin born with Down’s Syndrome. Without a twinge of guilt doctor told parents of this option. Made it seem like this was pretty much standard procedure. Parents refused. Child never progressed. Now in her 50s, still cannot comprehend the basics, cannot communicate. Has been in group home 30 years. Has been voting straight democrat all this time.

“Hasn’t this been going on for years?”

The important difference is that now euthanasia is legal in some states.

They’ve been taking the HippoCRITIC oath for a long time, they just reverse it. 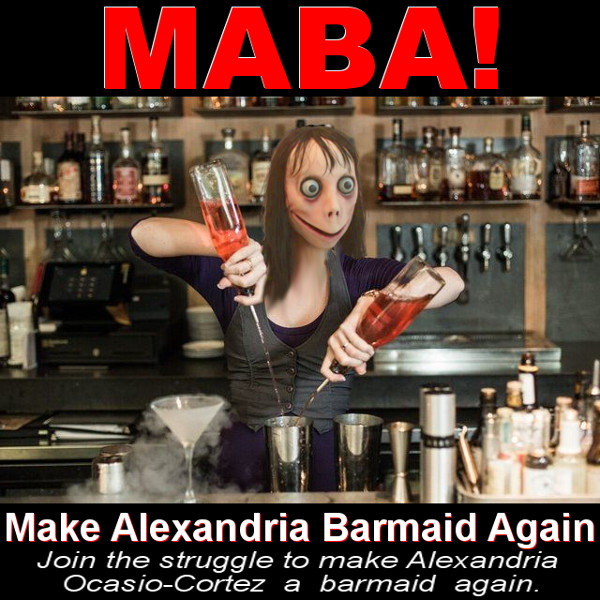 Ha ha, Lophatt, you know NYC is in the crapper when they vote for some psycho bar maid. What is she on, anyway?