Holy Saturday: Our Lord stormed the gates of Hell

“. . . was crucified, died and was buried; he descended into hell; on the third day he rose again from the dead….” –Apostles’ Creed

The Saturday between Good Friday (when our Lord was crucified) and Easter Sunday (when He rose from the dead) is given little attention, although what Jesus did in that interregnum is no less significant.

On Holy Saturday, Jesus Christ our Lord undertook some of the most dramatic and important work of His salvific mission.

He went into the depths of “hell” — a realm of the dead called “the limbo of the patriarchs,” which was without the punishments of the damned and which no longer exists.

There, awaiting His coming, were the departed just. Among them were Adam and Eve (despite their terrible sin of grandiosity and disobedience, the lasting legacy of which is the Original Sin that stains every human), St. John the Baptist, and Jesus’ foster-father St. Joseph. To the souls of the just, Jesus proclaimed He had won their salvation and led them as the first entrants into Heaven.

What a magnificent sight that must have been!

From an ancient homily for Holy Saturday:

He has gone to search for our first parent, as for a lost sheep. Greatly desiring to visit those who live in darkness and in the shadow of death, he has gone to free from sorrow the captives Adam and Eve, he who is both God and the son of Eve. The Lord approached them bearing the cross, the weapon that had won him the victory. At the sight of him, Adam, the first man he had created, struck his breast in terror and cried out to everyone: “My Lord be with you all.” Christ answered him: “And with your spirit.” He took him by the hand and raised him up, saying:

“Awake, O sleeper, and rise from the dead, and Christ will give you light.

I am your God, who for your sake have become your son. Out of love for you and for your descendants I now by my own authority command all who are held in bondage to come forth, all who are in darkness to be enlightened, all who are sleeping to arise.

I order you, O sleeper, to awake. I did not create you to be held a prisoner in hell. Rise from the dead, for I am the life of the dead. Rise up, work of my hands, you who were created in my image. Rise, let us leave this place, for you are in me and I am in you; together we form only one person and we cannot be separated. For your sake I, your God, became your son; I, the Lord, took the form of a slave; I, whose home is above the heavens, descended to the earth and beneath the earth.

See on my face the spittle I received in order to restore to you the life I once breathed into you. See there the marks of the blows I received in order to refashion your warped nature in my image. On my back see the marks of the scourging I endured to remove the burden of sin that weighs upon your back. See my hands, nailed firmly to a tree, for you who once wickedly stretched out your hand to a tree.
I slept on the cross and a sword pierced my side for you who slept in paradise and brought forth Eve from your side. My side has healed the pain in yours. My sleep will rouse you from your sleep in hell. The sword that pierced me has sheathed the sword that was turned against you.

Rise, let us leave this place. The enemy led you out of the earthly paradise. I will not restore you to that paradise, but I will enthrone you in heaven. I forbade you the tree that was only a symbol of life, but see, I who am life itself am now one with you. I appointed cherubim to guard you as slaves are guarded, but now I make them worship you as God.

The throne formed by cherubim awaits you, its bearers swift and eager. The bridal chamber is adorned, the banquet is ready, the eternal dwelling places are prepared, the treasure houses of all good things lie open. The kingdom of heaven has been prepared for you from all eternity.”

Wow, Dr. Eowyn! Thank you for focusing on the titanic battle and victory against the devil in the realm of hades. When Jesus said, “In the world you will have trouble, but be of good cheer, I have overcome the world,” I believe He was referring to the battle He was about to win against Death, Hell and Satan by willingly obeying the Father, and submitting to the horrible death on the cross, as our substitute. I have a painting in mind (hopefully to be completed) of a sandaled foot on top of the hand of a fallen enemy, and… Read more »

Dr Eowyn . . . . God Bless you for including Joseph, the step-father of Jesus Christ. Far too often we dismiss his role in the life of Christ as just incidental. I think that God the Father deliberately choose a very righteous man to guide and watch over his Only Son during the early and formative years of Christ’s life. Joseph deserves great thanks for the role that he was chosen to play.

Great Article! Very befitting for this Saturday before Easter Sunday. Thank you are all the time and effort you put in on the behalf of the entire FOTM family.

So agree…for my own reasons.

Many thanks. Some believe the Lord Jesus did not descend into the abyss. But he surely did so, to Hades at least. And I recall, be it Jude or James, (might not have been either, but I’ll find soon as keep reread the NT) that mentions how Christ proclaimed his victory to those beneath the earth.
Glad to know the truth is respected here, as it should be. Thanks, Dr. Eowyn!

That’s a sad commentary on the Pope. It has been the unbroken, clear teaching of The Church, that Hell most certainly exists. I even broke out my new copy of the “Catechism of the Catholic Church” and did a little dusting up. I will quote a little of it: “The teaching of the Church affirms the existence of hell and its eternity. Immediately after death the souls of those who die in a state of mortal sin descend into hell, where they suffer the punishments of hell, ‘eternal fire’. The chief punishment of hell is eternal separation from God, in… Read more » 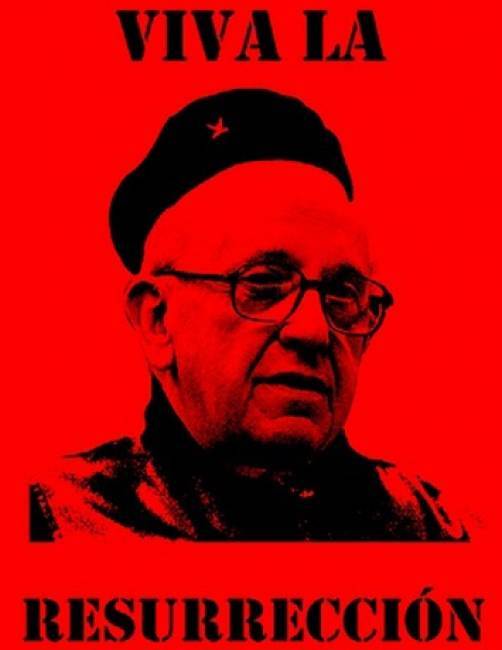 How can a man who does not profess the Faith (whole and entire, as Catholic doctrine requires) be the Vicar of Christ and the leader of that Faith?

According to the Apostolic Constitution by Pope Paul IV (Latin: Paulus IV; 28 June 1476 – 18 August 1559), born Gian Pietro Carafa, was head of the Catholic Church and ruler of the Papal States from 23 May 1555 to his death in 1559) Bergoglio has automatically removed himself, without their being a need for the cardinals and bishops to do anything. Here is a link to that wonderful Apostolic Constitution:
https://www.dailycatholic.org/cumexapo.htm
And to those who would dare say that this Apostolic Constitution is no longer ‘in force’ or the like, I say “poppycock”.

Except Bergoglio is still in Rome, with the title Pope, and continues to speak as “Pope Francis”.

Franky has since dropped the Vicar of Christ title

Even more importantly than the teaching of the Church, Jesus Himself spoke of Hell.
https://fellowshipoftheminds.com/2015/09/27/sunday-devotional-jesus-spoke-of-demons-and-hell/

Disregarding what Christ suffered on Good Friday and what He did on Holy Saturday, you — like some other commenters on the Good Friday post — instead obsess on and argue about what days of the week. What is your point? I honestly don’t understand Christians like you.

Brilliant, as you were there to count and enumerate, so as to best the rabbis and Pharisees who had Him killed. What a guy! Maybe you’d like butter for your bagel? Listen up, smuckaweh, your kind was dispatched a long time ago, and we don’t need reminders of how stupid you are, as you’ve proved that over & over, ok? Get a life, and NOT His.

Thank you Dr. Eowyn; how can there be those that can’t believe HE gave it all for mankind, and mankind in turn has given HIM so little.

Beautiful post, Dr. Eowyn! And we don’t hear much these days on this subject.

I have always enjoyed coming here Doc.
Thanks for all you do.
All my love,GRIZZ

Thank you, GRIZZ. It’s encouragement like yours that keep me going, fighting the devils who persist in attacking FOTM. Honestly.

“on the third day he again arose from the dead.” To me, Easter Monday is the most holy day of the Christian year, the day Christ defeated the cross and assured that its symbolism would ever after represent not death, but life everlasting . Thanks for this post , Dr. E.

Thank you for this most important post, Dr. E. Our Lord did not stop His Work with His Death (as happens with us); He was just getting started.

The Devil knows he is running out of time. He must know he will lose.