Why is following the law so hard for folks to understand? I hope this series bombs.
From LA Times: By all appearances, Rafael Agustin had been the all-American high school student: he was class president, prom king and an honor roll student. But there was one hitch: he was also in the country illegally.
It was a discovery Agustin learned while applying for college in 1998 — before there was a program like the Deferred Action for Childhood Arrivals (DACA).
“I was in shock,” the Ecuador-born writer-performer recalled during a recent phone interview with The Times. “I knew I was an immigrant — I remember a time when I didn’t speak English. But I didn’t know we were undocumented illegal immigrants.”
Agustin, now a U.S. citizen who received his undergraduate and post-graduate degrees from UCLA’s School of Theater, Film & Television, has channeled that experience and created a series inspired by his life about an immigrant family, tentatively titled “Illegal.” The series is in development at the CW and is expected to be an hour-long dramedy that Agustin describes as an edgy Latino version of “The Wonder Years.”
The announcement came a day after the Trump administration’s decision to dismantle DACA, which has provided hundreds of thousands of young immigrants the ability to work legally in the U.S. and a temporary reprieve from deportation.
“Illegal” is one of two immigrant-related series that “Jane the Virgin” star Gina Rodriguez has in development under an overall deal at CBS TV Studios for her I Can & I Will Productions. (The other, “Have Mercy,” is set up at CBS.)
LA Times interviewed these two and you can read the whole interview here.
The Times asked Gina, “What emotions were you feeling last Tuesday when it was announced Trump was dismantling the DACA program?”
Her response: “For me personally I was just devastated. My heart breaks for these young kids that are just trying. America just seems real brutal these days. Everything that I’ve grown up with and thought America stood for has just been destroyed by this administration time and time again. I’m just so afraid for young kids who fear not having anywhere to go. I just wish I could change it all, but I can’t.”
Hey Gina: If the kids really wanna try, have them go here.
DCG

Another TV show I won’t be watching!

There has to be about ZERO interest in this kind of crap. All we have to do is watch the “News” for all the dreamer action. Holding signs and flipping us off and shouting profanity….or my favorite the tears. YUCK, seen enough of that already. No thank you Hollywood!

How “topical”. I’m sure this series just “organically” appeared from the mind of one of those Hollywood “artists”. Pure unadulterated propaganda. Why would anyone watch something like this?
I was thinking this morning, it isn’t the TV per se, it is its use. If people insist on watching it, it is long past time to program interesting stuff apart from the controllers.

The thing I just do not understand after hearing all the ranking and raving about the unfairness of DACA being ended. These individuals have had time to “Start the process towards citizenship,” but evidently they are too lazy or whatever, and what they want is a “blanket amnesty.” If you are too lazy to attempt to gain something on your own . . . what kind of a citizen will you be? Probably not one that will do the rest of us much good! The second thing that amazes me is that everyone knows DACA was illegally instituted, and Trump… Read more »

I think this about sums it up:

More and more, I think the reason the left is so against “new arrivals” going through the process all those before them went through, to become legal citizens — with Constitutional Rights and responsibilities — is because they are against the idea of structure, law, authority, and everything else that brings us together as some semblance of a unified society. They detest us. They want to dispense with the United States of America, and replace it with the Divisive Aggregate of American States, or something similar… each to their own. Maintain their own unique languages, customs, ethics, morals, laws, and… Read more »

I think that’s largely right. They want no responsibility. They want all the “perks” of having a society with none of the responsibilities. They very much like the Satanic “do as thou wilt” philosophy. They are anti-God and would rather submit to strong leaders than form moral consciences.

Perhaps this program will have a Happy Ending…..
They’ll all get deported back to where the Hell they belong!

If they really were such a great asset for this country, you would think that they could do some good for their own. Its all about cheep labor subsidized by the tax payers. The increase to the democrat voter base is just an extra perk.

[…] via Hollyweird is stuck on stupid: Gina Rodriguez’s “Dreamers” series hopes to rid America of the … […]

And, speaking of Hollywood, of course: 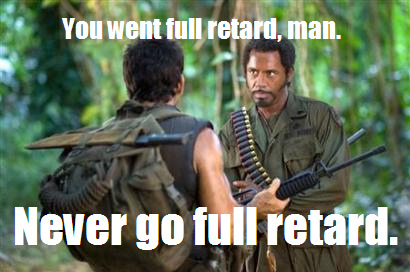 The term ‘illegal’ has become more and more subjective over the last decade, so much so, that it almost depends on who or what you are if the actual illegality will ever see the light of a prosecution?
Is something illegal???? …….. It depends on what Is; Is?

Hardly ever fails when I am involved in a discussion and expressing my opinion on ‘illegal aliens’, some one is going to ask what is it I have against mexicans. I suppose just not realizing it is they who are equating them as the same thing.

Kevin . . . that is the most logical, right on piece of information possible. I wish I had thought of it! Bravo!

Thanks Kevin for a window on my reality in CA—one year, in my middle school classroom I had immigrants: 2 Russian boys, 2 girls from a native tribe in Austrailia, one boy from Korea, one boy from Egypt, one boy from a Mexican province that still spoke the NATIVE dialect (NOT SPANISH), and many members of a native American tribe, each w/their own dialect…..and YET….I was regularly “PATROLLED” in my classroom by a militant Spanish-speaking organization (HOW DID THEY GET THE LEGAL ACCESS TO MY CLASSROOM IN THER FIRST PLACE???????!!!!!) to make sure that I had a Spanish-to-English dictionary on… Read more »