John Podesta, 67, is an attorney and a longtime Democrat apparatchik.
He served two Democrat presidents — as counselor to Obama and chief of staff to Bill Clinton. He is currently Chairman of the 2016 Hillary Clinton presidential campaign.

In the second presidential townhall-style debate last Sunday (Oct. 9, 2016) in Washington University, St. Louis, Missouri, Donald Trump said that Hillary has “hate in her heart,” citing her comment in a speech on September 10, 2016, that half of Trump’s supporters are “a basket of deplorables” who are “irredeemable” racists, homophobes and xenophobes.

Now we have the testimony of none other than John Podesta, the Chair of Hillary’s presidential campaign.

In recent days, WikiLeaks has released reams of hacked emails of John Podesta — all ignored by the MSM of course — which are very revealing and damning about Hillary.

Below is an email from J. Palmieri to John Podesta, dated April 19, 2015, in response to an email from Podesta on the same day in which Podesta, referring to Hillary Clinton, wrote:

“I know she has begun to hate everyday Americans…”

You can read the email, in text format, for yourself here. Below is a screenshot of the relevant part of that email in PDF format (h/t Karl Denninger of Market Ticker):

This is a woman who wants to rule as President of the United States of America over Americans she calls “deplorable” and whom she “hates”.

And yet millions of those same “everyday Americans” support and will vote for her. Truly, they give new meaning to the term “useful idiots“.

Hillary is not alone in her contempt for Americans.

In an unsigned email sent to John Podesta by mecof05@hotmail.com, dated March 10, 2016, the sender calls “more than half” of Americans “irrational” “functional illiterates”. Here’s a screenshot of the relevant part of the email (h/t Truthfeed):

I searched on Spokeo for the email address mecof05@hotmail.com, and got only one result: a @mecof05 Twitter account of someone who calls himself Demetrio Fábrega.

There is no 597 area code in the U.S., but 597 is the country code for Suriname, in northeastern South America. Fábrega has a bare-bones Facebook page, here. According to the website PanamaPoesia, Demetrio J. Fábrega, 84, is a poet,  translator, and former “foreign service officer” who was born in Augadulce, Spain, and attended universities in the U.S. and Europe.

Recall that the architect of Obamacare, Dr. Jonathan Gruber, likewise has a low opinion of the American people. Gruber was captured on video saying that, to ensure its passage, Obamacare was deliberately and intentionally written in a “tortured” confusing way so as to conceal the law’s true costs from the American people who are too stupid to understand the law. In his words, if Obamacare had made “explicit that healthy people pay and sick people get money, it would not have passed…. Lack of transparency is a huge political advantage and basically, you know, call it the stupidity of the American voter or whatever, but basically, that [lack of transparency] was really, really critical to get this thing to pass.”

It is their utter contempt for the people over whom they aspire to rule which accounts for why when the Left attain a monopoly of political power, they commit mass murder, to the tune of a toll of 85 to 100 million deaths in the former Soviet Union, Communist China, and other Marxist-Leninist states. [Source]

The U.S. would be no different.

Recall that the 1960s radical left group, the Weather Underground (WU), told FBI undercover agent Larry Grathwohl that when they seized political power, they would kill 25 million Americans — the number that the WU estimated would resist “reeducation”. The Weather Underground was founded by Obama’s Chicago pals, Bill Ayers and his wife Bernadine Dohrn. (See “The Murderous Mind of the Radical Left”)

More recently, the Green Nazis put out this video showing what they really want to do to global warming/climate change deniers (see “Shocking Global Warming 10-10 Video“):

There you have it:

The elites of the Left (Hillary Clinton, John Podesta, Jennifer Palmieri, Demetrio Fabrega, Jonathan Gruber, Bill Ayers) have only contempt for the American people. So much for their constant bleatings that they really care about you.

Hillary hates everyday Americans, says the chairman of her presidential campaign — Fellowship of the Minds | kommonsentsjane

[…] via Hillary hates everyday Americans, says the chairman of her presidential campaign — Fellowship of t… […]

CNN and the rest of the MSM will ignore this. The word won’t get out, And most “illerate Americans” will contine to follow her blindly. Just like the emails regarding Catholics and Evangelicals, it will be ignored and she will have no major problems.
Meanwhile tomorrow CNN will release a video of Trump picking his nose and that will be covered by every major news outlet.
Hilary never had to raise money for her campaign, not when the MSM is doing all of her work. That is the fair and balanced MSM we have today.

Reblogged this on Octavpelin's Weblog.

Hillary is an elitist and therefore deserves all Elitist votes only, not be be sullied or corrupted by votes from the hoi-polloi. Therefore give Hilary the 3% she craves. That is 3%! 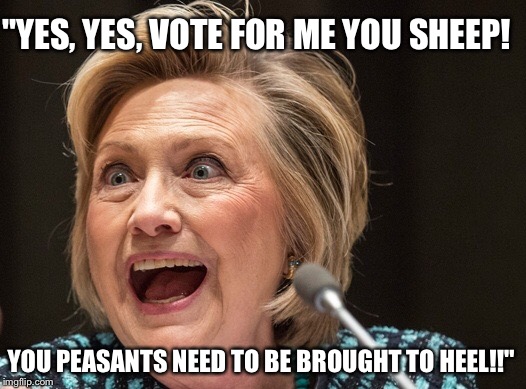 Thanks, DeJo. Please see my response to Scott Brown:
https://fellowshipoftheminds.com/2016/10/12/hillary-hates-everyday-americans-says-the-chairman-of-her-presidential-campaign/comment-page-1/#comment-527754

I despise this woman more than anyone. But this is the stupidest excuse for a hit piece that I have ever seen. The context of the email chain clearly indicates that they are talking about phrasing in a speech. She hates using the phrase “everyday Americans”. Come on, folks. Don’t make a mockery of the cause.

I had read twitter discussions debating that very thing. It would seem to be correct because Podesta used “IT” twice, referring to the phrase, rather than saying “THEM” as in people. It would have helped if Podesta had put “everyday Americans” in either italics or quotes, but he must have flunked Secretary.101. With that said, I think it’s clear Hitlery hates Americans, as do the Left & the Elites in general; including that other Mystery Guy/Fabrega in the above post who wrote, “more than half” of Americans [are] “irrational” “functional illiterates.” The killing of 25 million is creepy, but not… Read more »

Scott,
While I can see your point, if Podesta & Palmieri indeed were merely debating about whether Hillary should or should not use the term, “everyday Americans,” as TPR points out, they should have inserted quotation marks around those words. It is also noteworthy that nowhere in Hillary’s “Remarks at Whitney Brothers” speech that was quoted in its entirety in the email chain are the words “everyday Americans”. Since Hillary never used those words in her speech, why would the words become a matter of controversy and discussion between Podesta & Palmieri?

According to the left on Twitter, these WikiLeaks emails are all falsified by Putin, with Trump involved somehow. So move on to Trump and the next outrage folks…/sarc

George W. Bush and Emmanuel Goldstein are behind everything bad, too… 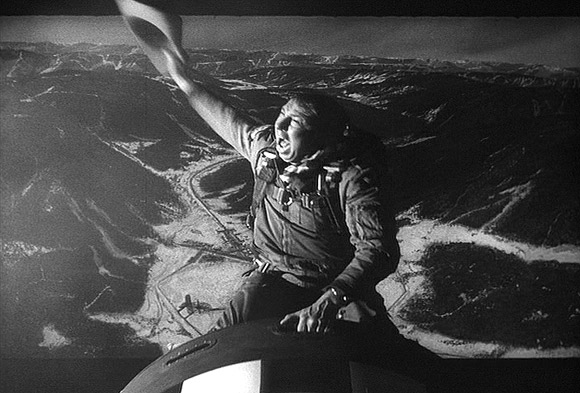 The only movie that couldn’t be played on my grad school department’s VCR…
https://www.youtube.com/watch?v=zzY-s_Qxfr0

Something to Chew on, she isn’t legal to hold office, says the good books of ” U.S. Law” https://stateofthenation2012.com/?p=51277 Why is this insanity allowed to go on ? to save face ? For who’s party? the One party? or this is all fun and games for the NWO using this election to take names, create lists, and ” dig deeper” onto the human mind. ” Psyop 101″ What happened to WE the People? our voice? We now the employee of the govt, we do as they say? Notice there is zero talk of our present day enlisted, it’s as if… Read more »

According to Snopes, former U.S. Attorney General Michael Mukasey appeared on MSNBC on 24 August 2015 and opined that Hillary Clinton was disqualified from holding office due to her use of a private e-mail server while serving as secretary of state. Bipartisan legal analysts say Mukasey’s assertion wasn’t plausible, and he retracted his statement a few days later.
https://www.snopes.com/hillary-clinton-disqualified/
Even if it’s true that Hillary is disqualified, it won’t make any difference because — like the FBI — neither Congress nor the courts nor the MSM would do anything about it.

This doctor (Ted Noel) who has done several videos pointing out HRC’s likely Parkinson’s symptoms, has done another one re the 2nd Debate & her eyes; 5 minutes: https://youtu.be/VuOShO8EghU At Noel’s YT channel page, a neurologist challeneged him. This was Noel’s reponse to that guy, from 1 month ago: youtube. com/channel/UCI2FhX0p9P8ODPP0nixR3bw/discussion […] I was tipped to Parkinson’s Disease by Parkinson’s caregivers. As I said in my “Prove me wrong” video, they saw signs that were so obvious that they could come to no other conclusion. As a physician, I’ll make one observation. Unless these movement disorder specialists live among the… Read more »

I left the Democratic Cult in PA after 30+ Years. Best damn thing I ever did!

Did Clinton Foundation pay Glenn Beck $109,000 for “Voter Suppression”? Why did he meet Mark Zuckerberg? | SHARE

hillary is the greedy, narcissistic, satanic, murderous, wall street establishment whore-banker-elitist, rapist supporter, wahhabist supporter, globalist, communist, misogynist, misandrist, psychopathic witch who hates everyone…Thank God she didn’t win. The DNC could have chosen any female in the entire country to run for POTUS…and yet they chose her. Those mindless millennials should be protesting the DNC for choosing hellary as their candidate for POTUS not our political process for elections and President-elect Trump.