https://www.youtube.com/watch?v=UQMC6nUVmMc
Gee, I wonder why…
From NY Post: Hillary Clinton lost to Donald Trump in the presidential election, but she’s winning the unpopularity contest, according to a new poll.
Clinton is viewed favorably by just 39 percent of Americans, two percentage points lower than the president, a Bloomberg National Poll released Tuesday shows.
The survey also says that 58 percent of Americans have an unfavorable view of the former Democratic presidential candidate compared to the 55 percent who have an unfavorable view of Trump.
Clinton’s favorability rating was the second-lowest since the poll began tracking her in 2009.
“There’s growing discontent with Hillary Clinton even as she has largely stayed out of the spotlight,” said J. Ann Selzer, who oversaw the Bloomberg survey. “It’s not a pox on the Democratic house because numbers for other Democrats are good.”
Former President Barack Obama has a 61 percent favorability rating — up 5 percentage points since December, and the highest since the poll began tracking him in September 2009. His vice president, Joe Biden, is also enjoying high favorability ratings at 60 percent, the poll shows.
But the former secretary of state even lost popularity among people who voted for her in November, with more than a fifth saying they have an unfavorable view of her. Just 8 percent said that before the election.
In follow-up interviews, the pollsters found some Clinton supporters voted for her because she was the lesser of two evils. “She did not feel authentic or genuine to me,” Chris Leininger, 29, an insurance agent from Fountain Valley, Calif., told Bloomberg. “She was hard to like.”
Robert Taylor told the poll he would rather have seen Sen. Bernie Sanders be the Democratic nominee. “I felt like there was a smugness and that she was just a politician who was called a Democrat, but could have been a Republican,” said Taylor, 46, a second-grade teacher from suburban Chicago.
Still, some voters aren’t pleased with either. Asked whom he would rather have a beer with — Clinton or Trump — Ray Cowart, 75, said neither. “I wouldn’t go, even if I was thirsty,” said the retired owner of a software company in Elk Park, NC.
The survey of 1,0001 adults was conducted by telephone between July 8 and 12 and has a plus or minus 3.1 percentage-point margin of error.
DCG

This certainly puts into better perspective President Trump’s “low” approval ratings that the “fake news” MSM are fixated on, without telling us that Hillary’s ratings are even lower. This also begs the question as to how, with only 39% approval rating, she managed to win the popular vote in 2016? 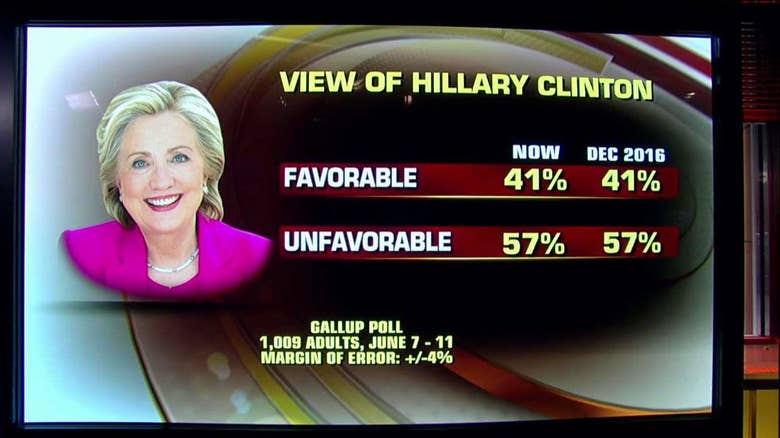 Yes, remember the old saw; “there are lies, damned lies and statistics”. Then MSM actually does more damage by omission than they do by outright lying.

I’d say she was less popular than dropsy or the clap. That sort of raises a few questions as to the authenticity and intelligence of their program.

It has been explained, by Alex Jones and others, that, because of voter fraud and illegal aliens voting, that Donald Trump actually won the popular vote, by some estimates of at least 7 million.
Hey, Chelsea! Yo mama’s so dumb, she can’t even win a rigged election! 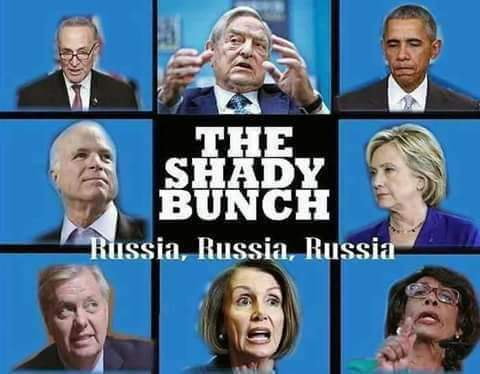 I notice you had to make choices for that. There’s not enough room for the OTHER shady characters,like Reid,Feinstein,Holder……

Perhaps the America people are beginning to wake up. I just read a couple of days ago, but was unable to find a date on the article, so I’m not sure if this is an event that currently happened, or was more distant . . . . . it seems that a gentleman from Haiti was supposed to appear before some committee regarding how the Clinton Foundation plundered the Haitian people . . . well, it comes as no surprise (at least to me) that he was murdered before he could appear! What does come as an extreme surprise is… Read more »

I know I’ll probably anger some here but I can’t help but think this whole thing is a setup. After all, by their lights, they control the House, Senate and the White House and THIS is happening? What’s the excuse? Are they actually trying to say that cable “news” is more powerful than they are? If that’s the case we could save a lot of money by cutting military spending and giving the news bimbos raises. There is enough evidence on Clinton, Obongo and their entourage to fill a couple of federal pens. So we’re led to believe that the… Read more »

she lost the election cause she was unpopular….

She LOST the Election because she’s HILLARY CLINTON. Those who supported her in her election bid did so because they too endorse corruption,lying,stealing and killing people who choose to walk away from that behavior,as long as it gets THEM some benefits. There’s PLENTY of evidence to her crimes against the People and against America to arrest,prosecute and convict her,and THAT is what needs to happen. (“Welcome to Alcatraz,Mrs. Clinton-your room awaits you. BTW-you’ll be known as 339164430 for the next ninety four years-better remember that number.”) THEN,the DOJ needs to go after all the OTHER Democrats and fake Republicans who… Read more »

Hillary is more unpopular than being doused wirh jet fuel and set on fire.

These are results from a telephone survey? Hmmmm. Trump got elected because people like me won’t talk to pollsters on the phone or anywhere, or even their (violent Democratic) neighbors (who LOVE to talk to pollsters so their obstructionism can be credited) about anything politic. And then, people like me went out and voted—–the only place we felt “safe” in speaking. So, IMO…the polarity between these figures is probably even more! Hillary Clinton has been one of the most unpopular political figures of all time, starting with her days in Arkansas, and compounding through every public office—-official and unofficial—that she… Read more »

The one and ONLY thing Hillary EVER had going for her has been the “Gender Card”,and even THAT was a very tenuous handle.

Ahem, Mrs. Clinton:
Everyone loves jalapenos, so it seems. But Mrs. Clinton, you have gone over to the dark side. You are no hot tamale, No. You are POISON.
Laugh, and the world laughs with you, Mrs. Clinton. Weep, and you weep ALONE.

This SCREAMS for a contest. “What is Hillary Clinton more popular than?”. I’ll start. I had a colonoscopy last week and I liked it better than Hillary Clinton.

ROFLMAO! Just in case this is old: (ROLLING ON FLOOR LAUGHING MY ___ ___!)
OK. I’ll try: I’ve lived/won SUCCESSFULLY through at least SEVEN IRS audits in my lifetime and I still enjoyed them/liked them MORE than I liked Hillary Clinton.