“He was quite successful in referencing a nostalgia that would give hope, comfort, settle grievances for millions of people who were upset about gains that were made by others.”

“What you’re saying is millions of white people.”

And they say that the Hildabeast is crude, rude and socially unacceptable? Seldom does one encounter anyone so utterly clueless. 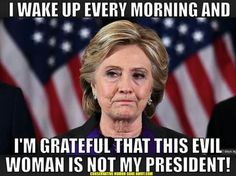 Oh, she has a clue alright…. It is her supporters that are clueless. While it is very difficult to describe or fathom the depth of her evil, murdering, traitorous ways… She is very good at being conniving, plotting, misleading, lying, and making herself and family look the victim in everything, and gathering victims to her side. She has had sway over her supporters ( those who have been totally incapable of seeing truth at all), and this is in large part due to the fact that all of her misdeeds have not been allowed to be brought to light for… Read more »

Jane Pauley, wife of flaming liberial Gary Trudeau, doonesbury cartoonist. Like any truth that comes out of hitliary’s mouth it has to be dragged out.
White people that are tired of being blamed for all of the minorities’ problems, that is.

A little comforting to know the good still out number the evil.

Those damn… uh… white people, yeah that’s it! Deplorable, I tell ya! 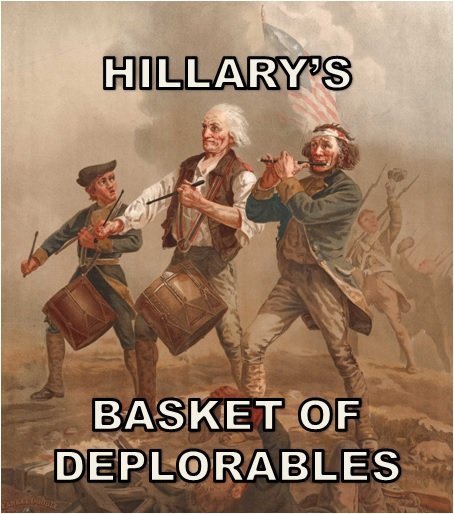 She is embarrassing herself anymore. She needs to shut up and go away. It’s over forever for her, thankfully.

My rage as a follower of FOTM for our not being recognized as contributors to her defeat increases every day.

I bet years ago she used to blame her failures on her parents, from being a woman, and Bill.

Race card, yaaaaaaawn.
ANOTHER to add the the list for her losing: the New York Times. Good grief…
https://twitchy.com/samj-3930/2017/09/12/biting-the-hand-that-fed-her-hillary-clinton-rips-nyt-for-shoddy-reporting-on-her-email-scandal/

I hope publisher Simon & Schuster goes broke from the $millions they paid Hillary to write that piece of whiny trash.

Only idiots would buy her book. It hasn’t even been released yet, and we are already really, really sick and tired of hearing about it.

I doubt I’d read it if it was FREE-I’m just not interested in Fiction.

Hahaha, no need to read it, you have already heard the audio version a number of times! Lol 😉

To have someone like this in the White House blaming everyone else if something didn’t go right and then have a meltdown. We saw this when she exclaimed “At this point, what does it really matter?” after the horror of Benghazi. So thankful she didn’t become President.

The inability to admit one’s own faults and accept one’s lack of perfection is a sign of narcissism. The signs are neon and constantly flashing.

That’s a great strategy. Start a write-in campaign. “Run Hillary, run Hillary”. Maybe she can get Slapsy Maxey as her running mate.

Greg Jarrett said last night he has now counted something like 27 reasons why she lost the election, but she left out that she was a crappy candidate.
She is worthless and a criminal still walking free. I want justice.

The bottom line is . . . she still cannot personally take responsibility for her loss! I hope the fact that she lost the election drives her more crazy than she currently is.

Pretty soon we’ll be down to “the double did it”. “They hired lousy doubles. They should know that when I get snot-slinging drunk I need someone to depend on”.

Next she is going to blame ALIENS.

Hang on, folks. Climate change is next…

I think its moon cycles or the pull from Uranus.

I beg your pardon, you mean, YOUR anus…heh heh

I feel that the real defining moment for many Americans is when she testified before Congress and said . . . . “After all, what difference does it make!” (I may not have quoted it exactly.) I am sure just as I felt horror at hearing these words, I have little doubt that many of my countrymen were also horrified at the thought of having a Commander in Chief who valued the lives of young American men so little! In that instance she proved that she was not worthy to preside over this country. I hope that her special place… Read more »

To BHO, a Marine was but a servant who would hold an umbrella over him in the rain after he snapped his fingers. President Trump retrieved the cover/hat for a Marine (black) when the troop was frozen in position. Racist? Playing those two scenes together would be most telling.

Just in case there may be some doubters out there as to Hillary’s sanity, read this. There is an excerpt from her book. Her ghostwriter should start with her sober.
https://investmentwatchblog.com/hillary-confronted-at-book-signing-about-33000-emails-and-seth-rich/

After hearing of the contents of this book and her subsequent tour, this womyn will be in a straight jacket when all is said and done. She is certified looney…

Ever notice how these “elites” are drunk with power? To the point of being demented? It’s becoming obvious…

Now THIS (from Twitchy): “On one occasion, an older woman dragged her adult daughter by the arm to come talk to me and ordered her to apologize for not voting – which she did, head bowed in contrition. I wanted to stare right in her eyes and say, “You didn’t vote? How could you not vote?! You abdicated your responsibility as a citizen at the worst possible time! And now you want me to make you feel better?” Of course I didn’t say any of that. These people were looking for absolution that I just couldn’t give. We all have… Read more »

I could supply her with an act of contrition! It starts with me bending over.

Hillary Clinton: I Wanted to Make Voodoo Dolls of Reporters, Lawmakers and Stick Them with Pins
https://www.breitbart.com/big-government/2017/09/12/hillary-clinton-i-wanted-to-make-voodoo-dolls-of-reporters-lawmakers-and-stick-them-with-pins/

For once, Hildebeest is correct – rational, critical-thinking white people got sick & tired of her nonsense in placating every other ethnic/racial group while alienating – scratch that – BLAMING whites for all of society’s problems when it’s been primarily her Democrat party that shoulders the blame, starting with LBJ’s not-so-Great Society. Though we can go back further to when LBJ silenced the churches with the 501(c)3, and God was taken out of the schools.

Hillary lost because the Democrats put in a liar and criminal in the horse race.
I am a Democrat and I do not vote for liars and criminals, and I never will.
Hillary and Bill should be put on trial for their Foundation fraud, and if found guilty, which I believe they would be, then they should go to prison like you and I would for such crimes.
Hillary supporters are losers and have no morals! The devil has a special place for folks with no morals.

Thank you for having moral principles, for not being a blind partisan.

Hear, hear! Anyone who isn’t disgusted by this gaggle of thieves needs help.

[…] Dr. Eowyn’s post first appeared at Fellowship of the Minds […]

Oh oh, she’s running out of victim. She spins her finger and there is the next one.

[…] addition to the many scapegoats she blames for her losing the election to Trump (see “Hillary Clinton blames election loss on white people“), here’s another disgusting piece of turd from the […]

Killary had a hard time passing the law board. She believed the polls claiming she was ahead of Trump during the primaries and the election. She apparently didn’t do any independent research of her own and just relied on her “yes” people to feed her the daily delusionals. The witch, “literally”, isn’t very smart. The occultists are coming out of the woodwork and confessing their pacts with the devil in their memoirs. DC socialite, Sally Quinn, stated in her new book she is an occultist. She said she has placed hexes on people to kill them. Larry Nichols stated that… Read more »

This really isn’t “new”. What’s new is how it plays itself out today. People have always had a choice. Their choice begins with a rejection of what their culture has taught. Once rejected, they believe that they can become their own”gods”. Of course that doesn’t work, but that’s the beat they march to. The think that Christians are ignorant and superstitious. They believe there is nothing in God’s universe that doesn’t belong to them. Look at how many of these self-satisfied “rulers of the Universe” self-destruct. Christ, ever patient, is waiting for them to realize their errors, but most do… Read more »

Hillary’s political time is over/done….that was settled pretty much(if not before) by Benghazi.. for SURE by her email debacle……at the end she was NOT similar to the first Republican—-Lincoln (as she’d LIKED to have claimed) —or a world leader like CHURCHILL….but instead, a failed, miserable, Progressive, like Wilson. And guess what—Hillary…you can just stop writing your vapid, self-absorbed books (that will be a “niche” market for FIVE MINUTES), and finally RETIRE and bow out of our public lives…. IF you want to retain a SHRED of grace and historical credibilty.

[…] lost the 2016 presidential election, but blames her loss on any and everything under the sun — white people, misogynists, women with no minds of their own, Bernie Sanders, and of course, the Russians. (See […]