Hillary: "America should ‘empathize’ with its enemies"

Fox News: Hillary Clinton is taking heat for saying America should “empathize” and show “respect” for its enemies.
The former secretary of State, who is considered a likely 2016 Democratic presidential candidate, made the remarks during a speech Wednesday at Georgetown University in Washington, D.C.
Touting an approach she calls “smart power,” Clinton urged America to use “every possible tool and partner” to advance peace.

This, she said, includes “leaving no one on the sidelines, showing respect even for one’s enemies, trying to understand and insofar as psychologically possible, empathize with their perspective and point of view.”

Now who couldn’t empathize with this?

At a time when the U.S. military is launching airstrikes against the Islamic State in Iraq and Syria, some called the comments out of place.  Former Marine Lt. Col. Oliver North, a Fox News host, said the comments are “irrational.”
“I can’t think of a presidential candidate who would have said those kinds of things,” he said. “Think about December 7, 1941 and then FDR going to the Congress of the United States the next day saying, ‘We need to have more empathy for Japan.’”
North added: “If you’re going to run for president of the United States, you cannot talk that way about the people who intend to kill us. Who are dying to kill us. … This is capitulation.”
Karl Rove, former George W. Bush adviser and Fox News analyst, called Clinton’s remarks the “wrong language.”

Empathy? This is the proper manner of dealing with the likes of ISIS:

Love the draft Chelsea for ambassador to Libya!
“……….saying, Peace, peace; when there is no peace.” Jer. 8:11
“Destruction cometh; and they shall seek peace, and there shall be none.” Eze 7:25

Anonymous
Reply to  MA in MO 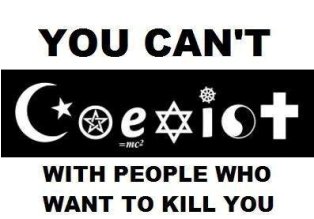 DCG, you have brought us a remarkable post–thank you! If you cannot be moved by the pictures that are presented, particularly the one showing the aftermath of a beheaded man, and those being shot–then, you are beyond feeling. If you cannot understand that there is no empathizing with these killers, then you are beyond help. The problem is to many of our leaders just cannot see what they are looking at!

This is the rare occasion when mad liberalism shows its true colors, albeit unintentionally: Liberalism is a SUICIDE PACT.