Campus Reform: Another privilege bulletin board has surfaced in an Appalachian State University residence hall, urging students to “check their privilege”—this time, their Christian privilege.
According to photos exclusively obtained by Campus Reform, a pastel bulletin board across from an elevator in Cannon Hall reads “Unpacking Christian Privilege” with several statements on how Christians have “privilege.”(Right, especially in Indiana.)
“The Christian faith is taught or offered as a course at most public high schools, usually in the form of a literature class,” one statement reads. “Positive references to Christian faith are common, regardless of faith,” another statement said.
Brantley McDonald, a freshman computer science major at App State, emailed the University Housing administrators about the board but has yet to receive a reply. “Residence areas should be a safe and comfortable area for everyone,” McDonald told Campus Reform.
“You don’t have to preach tolerance by singling out one major religion,” he said. “Also, if they are concerned with systematic issues, they should have that discussion with their elected officials and not the students in the residences they manage.”
McDonald said that when he inquired about the board in person to several RAs, one told him that the board “was trying to convey to us [Christians] that there are other religions that don’t get the same systematic privilege we do in regards to breaks, etc.”
However, only a few days after the bulletin board appeared in the residence hall, someone scrawled “f*ck this” across the board. An identical bulletin board replaced it—this time with a sign from staff.

“This is an EDUCATIONAL BOARD,” the sign reads. “We encourage everyone to read the entirety of the board’s content before creating any negative views.”
The Christian privilege bulletin board is the second privilege board to surface in App State’s dorms. As previously reported by Campus Reform, another bulletin board addressed a variety of “privileges.”
Andrea Sell, the coordinator for Cannon Hall, did not respond to an e-mailed request for comment.
See also:

How about Islamic Privilege? What about that, left/liberal proggressives? 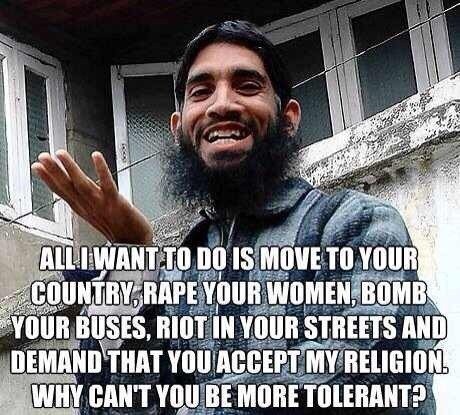 Only non- and anti-Christians would think that being a Christian is a privilege. Jesus warned that for us to follow Him, we must “pick up our cross.”
This is just a disguised version of the Left’s “white privilege.” I’d like to see them go to a Black or Hispanic church and accuse them of “Christian privilege.”

Christian bashing has been going on here for over 50 years. I was in grade/middle school during the 1950s, and even then Christianity was a study in ancient literature and mythology, right alongside Greek and Roman mythology. We are only painted with the target of “privileged” if we are “white” and “Christian”. The social engineering elite would never dream of labeling black, Hispanic, Muslim or Oriental as privileged.
Their end game is so obvious to those who have eyes to see. It’s too bad that the vast majority are blind

“I’d like to see them go to a Black or Hispanic church and accuse them of “Christian privilege.” That will happen when a homosexual couple sues a Muslim baker or photographer for not participating in their homosexual wedding. In other words, NEVER.

Once again, everything is beta-tested, and this—along with Operation Jade Helm and all the rest of the Establishment’s crap—is another tool of political correctness. And it will all come in handy come the Great Tribulation. But people are sheep, you see: You and I may TALK a good talk, BUT….

What are these “Christian Privileges”? I’ve certainly never heard of them. Methinks the board was just an open inflammatory attack that they’re trying to pass off as something else, and they don’t want to admit who put it up. (My guess would be the infested chapter of GSA or some other “gaystapo” cult entrenched therein.)

satan hates this “Christian privilege” And Christ warned that we should count the costs before picking up our cross. the most pleasing aroma that God savors is our raw blind faith in Him, regardless of the “enlightened rules of men”. please read the blessings {prophesy} that Abraham placed on Isaac and Ishmael. One is the product of faith, the other the product of the flesh. fast forward to present day and look at the nations {peoples} that possess the traits of the blessing. here is another example of the reprobate luciferians trying to “hide” “disguise” the devil {and the devils… Read more »

and also it is strange, if this were a board on checking jewish, muslim, black, or “gay” privilege, I suspect this would be on the national news as a “hate crime”.

The war on Chrisitianity continues and the front lines are the schools. I’ve talked with parents that have raised their children in the faith and are shocked that these same children no longer believed in God by high school graduation. They are being taught evolution and now believe this to be true. How very sad, and the parents are paying for this brain washing through their taxes. Home schooling seems to be the only way out of this mess.

Indeed Northerngirl, folks are seeing the rise of the pseudo-intellectual, believing religious doctrines of the past (evolution isn’t “new”, and really there is enough evidence at this point to reasonably assert that it is indeed a religious doctrine, not scientific fact.) People are being indoctrinated with complex lies that sound like they might be plausible, but are really just superstitious conjecture with sciencey-sounding words and phrases… it isn’t far to go from “evolution” to the concept espoused by mormonism, gnosticism, new age and kabalah that asserts “man can be, or is, god”. the doctrine of evolution is just a “prep”… Read more »

It seems like “home-schooling” is the only answer….but I might gently add…as a public school teacher…that EVERY time a district adopts a textbook, it has to be advertised in the newspaper & the texts must be open to public inspection, the times and dates published for this. Almost EIGHT years ago I went to my Curriculum Advisory Council….dragging another teacher who almost agreed with me….to PROTEST the adoption of a new 7th-grade (Medieval) World History text in the district that was edited by NUMEROUS Muslims and “historians” sympathetic to Muslim Theocracy…for instance….intricately outlining tenants of Muslim theology (PLUS, defining “jiihad”… Read more »

CalGirl, your response was so enlightening!! There was so much that I never knew. Thank you for taking the time to show where we are at these days in the public school system, from the teacher’s view. You have a hard job, especially with the crazy things that are being thrown into the text books. Thank God for caring teachers such as yourself. ?

Yes homeschooling does seem to be the only answer but unfortunately unless we get the Parental Rights amendment passed, https://www.parentalrights.org/
the UN Convention on the Right of the Child may go through, in which case they could outlaw homeschooling in a nanosecond.

Wonderful post! DCG, I don’t know where you got the picture of that muslim man . . . but he does in fact look like he could be half ape, unless it’s my eyes that are deceiving me.

How about THIS-Either EVERYBODY gets “Privilege” or NOBODY does-NO exceptions. WHEN are full grown ADULTS going to stop acting like whiny little school kids? People-WE are what WE make of ourselves. WE have nobody but ourselves to be held to account for who we are,what we become,how we live our lives,and what WE are to account for when we die. WE become what,and who,WE choose to be;if not,it’s due to our own weaknesses or failings. Please,world,stop blaming others for your own problems,issues and failures.

If the anonymous ‘critic’ who wrote across the original sign ever needs a new indelible marker, he or she can look me up.
I’ll consider it a ‘privilege’ to help. It’s my ‘Christian duty’.