Germans, Too, Wake Up from Obama Spell

As a presidential candidate, Obama basked in the world’s adulation. Nowhere was he more idolized than in Germany. On July 24, 2008, Obama was in Berlin. Standing before the Victory Column crowned by the bronze statue of a winged Victoria, Obama declared in typical bombastic grandiose fashion to a crowd of thousands: “People of Berlin, people of the world, this is our moment. This is our time!” 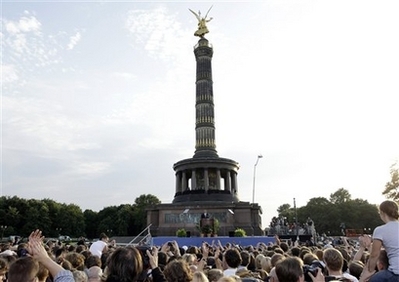 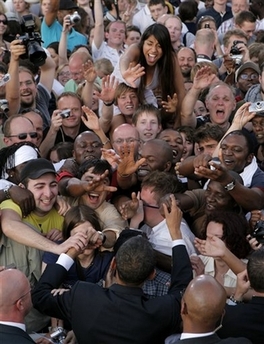 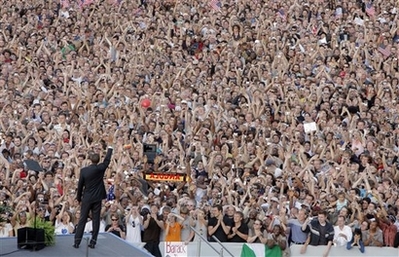 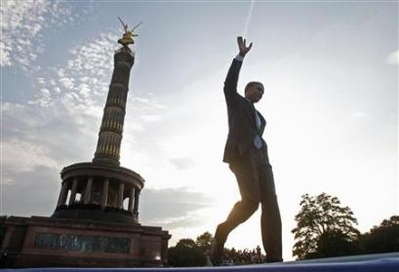 Then is then, and now is now.

On February 15 this year, the western German city of Dusseldorf had its traditional Rose Monday parade. Here’s one of the carnival floats:

It’s of a winged Obama crashing head first into the concrete ground, his halo fallen from his head. On his shirt are the ironic words “Obama der Erlöser” – “Obama the Savior.”
Last month, a parade in Berlin had this float:

Is that Hillary? And what is she hanging on to?
His stimulus porkulus package?
A big h/t beloved Fellow May! 😀
~Eowyn

really good to know they have the fraud figured out! thanks!