Women in the medieval ages wore metal chastity belts to preserve their chastity.
A German company has invented the 21st century version of chastity belts — Safe Shorts that scream.

Sputnik News reports that a company based in the German city of Oberhausen invented Safe Shorts –sweatpants made of very sturdy fabric highly resistant to slashing and tearing, along with some other defense mechanisms designed to protect its wearer against sexual assaults.
Safe Shorts’ creator Sandra Seilz told Sputnik Deutschland that she has been thinking about creating a garment like this for quite some time.
She said that some time ago, a trio of men stopped her while she was jogging and attempted to pull her pants off. Seilz was spurred into action by that incident, as well as the news of sexual assaults against women during the 2015/2016 New Year’s Eve celebration in Cologne and across Germany, in which 1,200 women were sexually assaulted by at least 2,000 men (Muslim rapefugees), often acting in groups.

A pair of Safe Shorts costs 149 euros ($184), but there’s a cheaper model for everyday use priced at 99 euros ($122).
Safe Shorts are becoming popular not only in Germany but also abroad. Seilz’s company has received orders from Japan, Finland, Sweden, Italy, Taiwan and the United States.

Patrick . . . . I think there is great wisdom in what you have indicated, since the Muslimes do not feel that it is against the norms of their society to rape non-Muslimes, they may well become angry at being frustrated when coming upon a woman wearing this kind of protective apparel. You are absolutely correct . . . . “somebody needs to stop the insanity of importing those savage desert animals!” Why would any nation bring this upon themselves, or once it has been proven that these immigrants pose a severe problem to the woman of their nation–then… Read more »

What was once old is now new almost the same as before except the last time they drove them back out with force. But now they have them with open arms welcome to Germany where you can rape and pillage on the street but don’t try to stop any of this we just turn a blind eye and ignore the cry’s of rape victims. How long before they get street justice from some of those skin heads over there.☻

the rapefugees will probably think they are condom shorts and yes, where are the men to protect their women?…..absent….it seems disarming the men with gun control also made them into cucked eunuchs.

Actually these “pussyhat” idiots are a bunch of Swedish unionmen!!! Can one belive such stupidity? Oh, yes in the PC devastaded nation of Sweden it´s possible. Sorry to say –
and ashamed I am too!!!

I suppose that’s what happens when one sheds that “toxic masculinity”.

Now THAT is a pussy whipped bunch if I ever saw one…. pun intended
“Speaking the truth in times of universal deceit is a revolutionary act.” Geo. Orwell

When preparing for battle some put on the armor of God. Others put on…..

Reblogged this on kommonsentsjane and commented:
Reblogged on kommonsentsjane/blogkommonsents.
Chastity belts back in style – Now they will have one key that opens all.
Things are getting pretty bad “when a muslim man molests a blonde store mannequin and they rape goats. Results – mentality is not present.
kommonsentsjane

What sort of mannequin was it? Was it at the feed store?

I don’t even want to know with these fckrs… 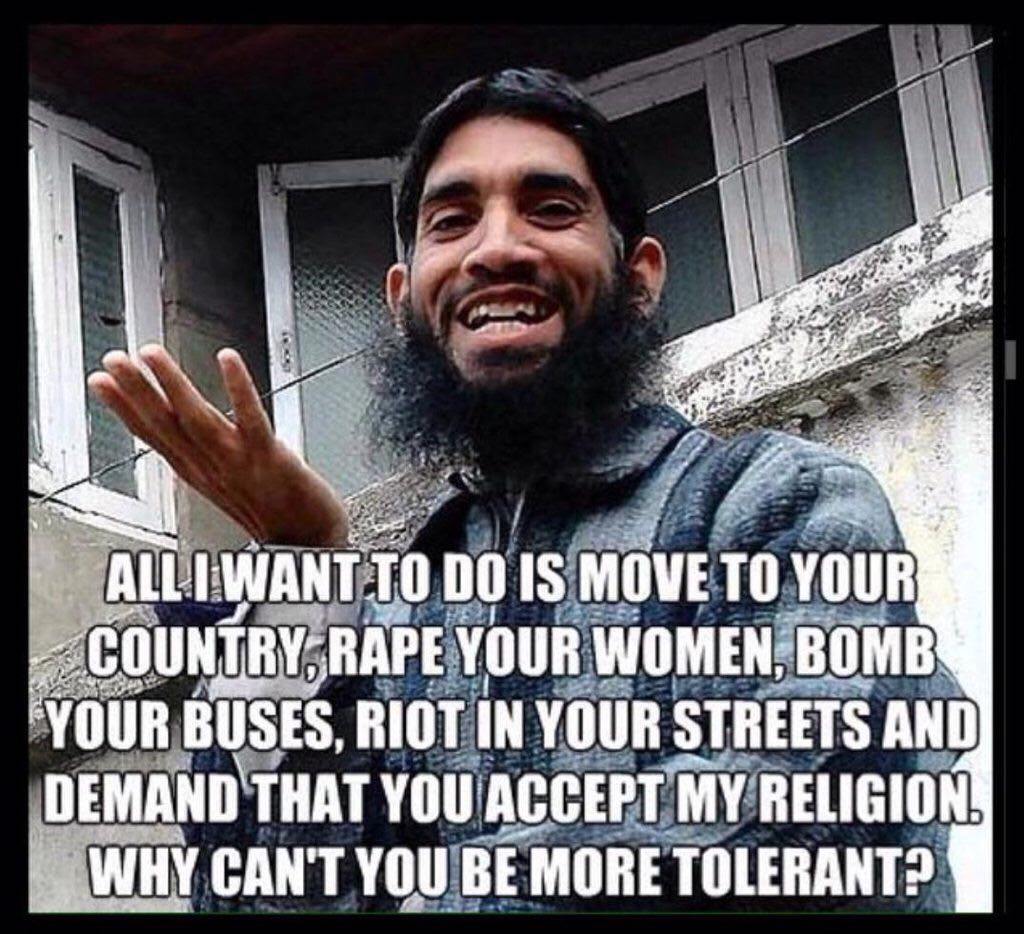 Sad commentary on society. But this woman is gonna make a fortune.

I need a pair of these safe shorts as I feel my penis will fall off soon. The fact that this is the subject of conversation is incredibly depressing. #menreplacedbypigs

tear-resistant cloth and noise….all the rapefugees have to do is pull off the pants and kick them out of the way. it’s like using a bandage when you really need a gun…do these women honestly think that little noise is going to stop a group of rapist inbreds from using their orifices as semen receptors? they are so desperate, they will believe anything and probably resume activities prior to the rape epidemic falsely believing they are “safe”. these women have the same mentality as the libtard females in the usa…too ignorant to acknowledge evil even when it is spitting in… Read more »

Mom, you took the words right out of my mouth. If you would have proposed this a few years ago as a potential movie script, you never would have found a producer. Here we are, full circle. These “odorists” must be laughing out loud. It’s the Moorish invasion (by invitation) all over again. So the authors of “The Plan”, (and we know who you are), are inserting savages into civilized countries to subdue them. Meanwhile, German men are expected to simply ignore this behavior and allow their women to be raped. Why would someone turn this into a cottage industry… Read more »

Amen, Lophatt! This is why a civilized society should never be led astray by loonies on the Left/satanists to concede it’s God-given rights to arm and protect itself. 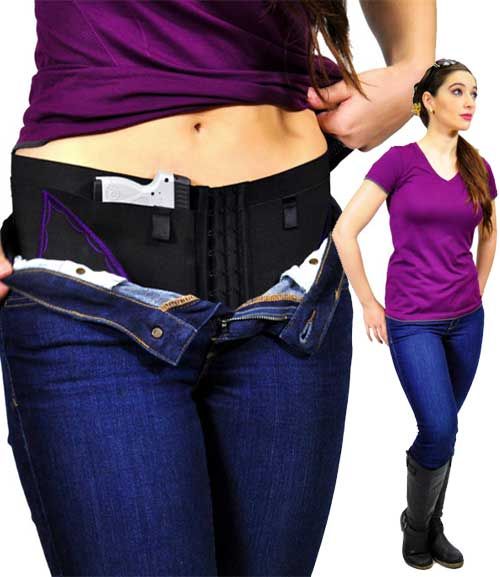 MomOfIV . . . . Bravo! I would say the very best way of curtailing the outrageous occurrence of rape . . . is you send a few of these jokers to the next world to enjoy their 72 virgins. Probably the quickest way to so is by using a firearm. Then consequently, the families of these same anti-social men need to be rounded up and sent back to their country of origin. That may seem rather cruel, but the thousands of years of religious training brought about by the Quran will breed this same activity in the male children… Read more »

Probably not resistant to the acid they like to throw at faces.

Yep. They found her with her throat slit, still wearing a chastity belt. What nonsense.

How do you know?

That rape is considered by the egg-heads an act of anger,not sex (?) would indicate to me that while they may stop rapes from happening,they’ll increase,by the same number,murders and grave injuries to women. This goes back to the gun control mentality that indicates “if someone is inclined to kill and can’t get a gun,they’ll just use some other item for a weapon-a hatchet,knife,piece of re-bar or their car.”
The DNC is America’s largest Domestic Terrorist Organization.

Yes, all of that’s true. What I think the point to remember is, is that these are the things they SAY, not why they want it. The joiners just want to keep their heads down and hope somebody pats them and gives them food. NONE of this has to do with “crime”. They want the population subdued so its easier for them to rule. Once they get that, they’ll get serious about reducing the population. It is truly like “The Wizard of Oz” in the sense that there simply are not that many of them running this. .4% and their… Read more »

lophatt . . . . Congratulations! I must admit your points are well taken, particularly that there are very few at the very top who are directing this plan to subdue the citizenry of various countries. I also agree once they have subjected each nation–it’s a no brainer that culling the herd will begin big time.

truck . . . . I certainly do agree with the points listed in your comment. I think in some instances, women who wear these anti-rape clothing, may well end up being more severely beaten, or killed.
There is no doubt that the “DNC is America’s largest Domestic Terrorist Organization.”

I wouldn’t want any women I know wearing this. Do they actually think these pigs are going to just leave them alone after they discover this? These guys need their heads examined.

A stylish Smith and Wesson makes an awesome fashion statement, don’t you know!? It makes a loud noise too.

A statement for sure: 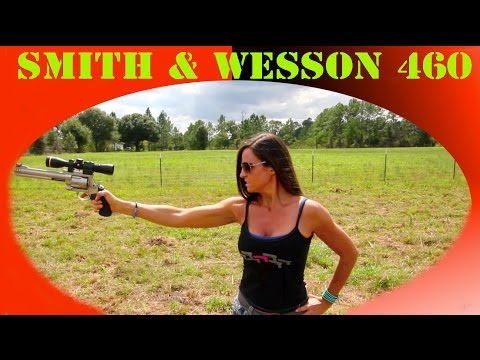 That outta do it!

Stovepipe . . . . You have brought up the very idea that is so repulsive to those who have Western Civilization morals. This is but another fact that brands these men as POS!

With savages, safe pants are a mere annoyance that will ultimately lead to “smites” on the neck, as called for in their “holy” book. Since they are illiterate, savagery must be natural in them.

If anyone in media or government is honest, they know this is horrible. They know this is an invading army. I advise German women to opt for the special underwear DCG suggested.

Isn’t it wonderful how the people of Germany have stepped and have taken their country back, they have tossed out Merkel and are now in the process of protecting their women. Oh sorry, the women are in the process of emasculating their men and the men are busy complying. No one has big boy pants any more. How sad for a once tough group of people. you have people, the Hugenots, that saved their families to escape death. Where are their descendants?

Those poor animals. Bestialists will go to Hell.
“If a man has sexual relations with an animal, he must be put to death” -Leviticus 20:15

Wow. Here we are, in 2018 and German women are buying expensive chastity belts in an effort to ward off sexual assault and rape at the hands of the migrants their illustrious leader invited in, without even thinking of getting the consent and goodwill of the people in her country. It is TWENTY EIGHTEEN and GERMAN WOMEN are having to make the decision over whether or not to wear a CHASTITY BELT so as to be safe from rape and assault. How is this not shocking every single idiot in Europe? I’m Australian and if we had the same issues… Read more »

I wouldn’t want a “soft, safe” fabric between my legs ……I just wouldn’t trust it to protect me from that last step of a rapist. Give me a more traditional “chastity belt” to wear out an about in my public chores in those Muslim-ridden European countries. Maybe even worn as an EXTERIOR device. Would send a huge message/warning/telegraphing about what we think and KNOW about these “immigrants.”