Someone finally doing something to protect their people.
From Daily Mail: A German leisure centre has become the first in the country to ban all migrants after a schoolgirl was sexually assaulted in a public swimming pool by Syrian teenagers.
Three Syrian boys were arrested earlier this month over the attack at a leisure centre in Munich as the country grapples with growing concerns about sex crimes perpetrated by asylum seekers.
In response to growing concerns, a leisure centre in Bornheim, North Rhine-Westphalia, has now barred all migrants.
The ban also follows an attack by an 18-year-old refugee on a 54-year-old woman in Bornheim, where he had grabbed her by the private parts and tried to kiss her. The victim was only rescued from a further attack by a couple who heard her screams and ran to help. The teenager was arrested a short while later.
Bornheim social affairs councillor and deputy mayor Markus Schnapka said the move followed an emergency meeting of locals where the swimming pool ban was announced. He said: ‘At the public meeting, I made it quite clear that it was an extremely difficult decision and it’s clear that many innocent refugees are also affected by this.’
He added that so far none of the local incidents had resulted in criminal complaints, but it was clear that action needed to be taken to prevent the situation escalating.  He said: ‘We are mainly talking about verbal attacks.’
Bornheim currently has 300 refugees living in accommodation who have been told that the ban will be lifted when the message has been received that women need to be respected.
In the Munich attack, the three boys are alleged to have surrounded the 17-year-old girl in the pool before one of them groped her underneath her swimming costume in an offence deemed rape under local law.
When the girl’s sister, 14, tried to make them stop, she too was groped by the trio of teenagers, who were all aged under 15.  The girls managed to flee and raise the alarm with the lifeguard at the swimming pool, who called police.
Because the asylum seekers were only 15, they were not remanded in custody and will be prosecuted under juvenile law.
The main offender’s two friends were arrested for assault for taking part in the attack.
It comes after more than three hundred women reported being sexually assaulted by groups of mostly Arab or North African men in Cologne during New Year celebrations.
Hundreds of criminal complaints have been filed by police, with about 45 per cent involving allegations of sexual offences, and most of the suspects identified so far are foreign nationals.
Read the rest of the story here.
See also:

Alas, this is merely a “leisure center” banning Muslim men from entering the premises. Meanwhile, Germany as a country continues its open door policy to Muslim “migrants” & “refugees” and, at this rate, white Germans will be a minority in their own country in one generation.
https://fellowshipoftheminds.com/2017/09/15/germany-will-be-white-minority-country-in-one-generation/

I’d say the problem is much bigger than demographics. In fact demographics may be a secondary eventuality while already in the here and now German, Swedish, Dutch, other European and American police forces have been demonstrated in spades to be the willing genocidaires of their own kind, starting with the brutal suppression of civil society’s natural right to self defense at the hands of invaders who openly brag of their genocidal intentions. The proposed pan-European military would be a replay of early Soviet atrocities, where it was necessary to bring in Asians to literally butcher Russians by the tens of… Read more »

And the Germans will lose their identity and march on to another country, then they will become refugees, but……..are all WHITES.

This mass migration phenomena is not limited to Germany, it threatens the identity, culture, traditions, heritage and values of nearly every Western country. It’s time for the leaders of Western countries to halt and reverse current immigration policies and to be removed from leadership should they resist. Enoch Powell was 210 percent correct concerning his “Rivers of Blood” speech before the British Parliament. Powell was castigated for speaking the Gospel truth decades ago but stood his ground. Trump is being castigated now for daring to speak forbidden truths. We desperately need more prominent people to call BS on this pernicious… Read more »

EU is run by traitors politicians,non-elected body,n if i hafta use the F word…well,who will blame me? me knows who(wink)

Grandad didn’t fight the NAZIS across France, Belgium, Luxembourg and ultimately across the Rhine so that Germany and her people could be handed over on a silver platter to the Islamic hordes from Asia and North Africa.

Patrick . . . . Congratulations! You along with many of us have fathers, grand-fathers, uncles, great-uncles, sons, sons-in-law, brothers, etc who participated in freeing European countries from the grips of Nazi control. This craziness flies in the face of the face that much American blood was shed in this endeavor . . . now we ask ourselves –for what? So that Muslim invaders can take over and ruin the once productive countries of Europe? I certainly do hope that there is a reversal of this dangerous trend.

The EU is run by the same cabal that runs the United States. Hint: they pay in shekels.

Those sneaky Zionist freemasons are everywhere. 😛

lophatt . . . . I am all too afraid that you are absolutely correct in this instance! 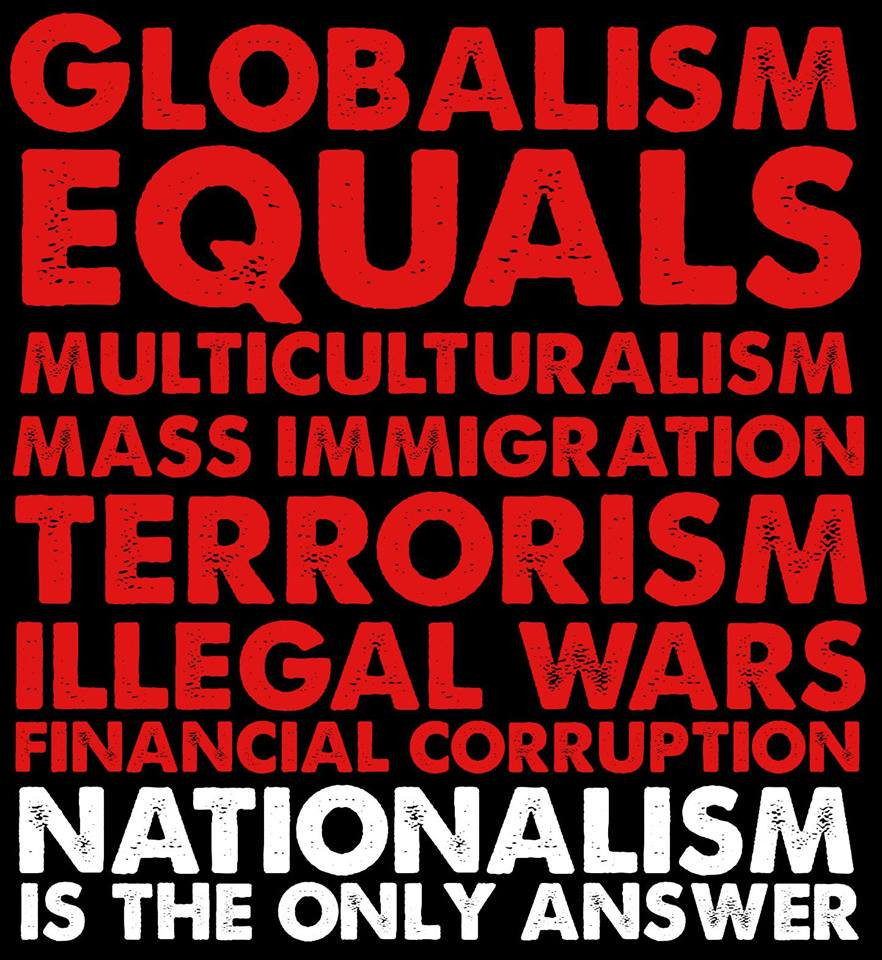 It’s a step in the right direction, but Germany needs to throw all these rapefugees OUT. And, kick Merkle out too while they’re at it.

A very small step in the right direction. Now to stand up to their government.

I just saw a clip presented on I believe YouTube that shows a group of young women from Europe–who are speaking out against the fact that “the daughters of Europa are being raped and sexually abused by the Muslim hoards.” I believe that their official name is “120 db.com” (120 decibel refers to the noise level of the emergency whistles that so many of the young women of Europe have taken to wearing, in addition to carrying mace.) Their plea is that the governments of European nations will actually look at what is happening to them and their female peers,… Read more »

This is your New World Odor in action. Chaos is how they “roll”. 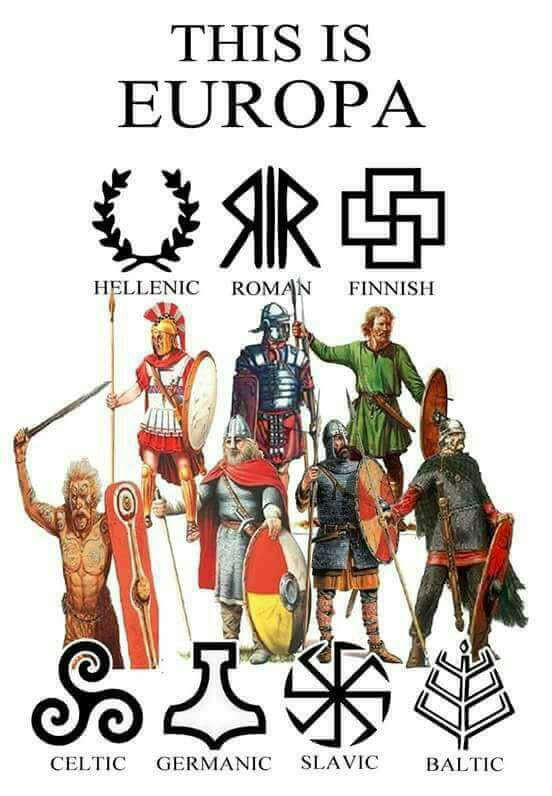 When they say “Teenager Migrants”, what they actually mean is “20+ adults”.

This battle goes back to the old blood feud between Isaac and Ishmael , that started as recorded in THE HOLY BIBLE . The conflict grew and escalated in the next generation , between Jacob and Esau . Today those same wild islamic donkeys and edomite pharisees ( along with the black Hamites ) , have combined into a secret combination . They are determined to finally take possession of the Abrahamic birth-right , and wreck their never satisfied hatred and vengeance against the white man – the chosen breed ( kindred ) by GOD Himself . All foriegn christians… Read more »

“the white man – the chosen breed”
Anyone who follows Jesus Christ is among the (self) “chosen breed”.

Correction : ” Breed ” is not the deciding factor of individual salvation ( that being the choice for JESUS CHRIST ) , but it is still possible to be lead astray and loose salvation after once receiving it . We become one family ( kind ) in heaven (as one symbolic representation indicated by the tree of life ) , but there are still the racial distinctions and realities here in mortality and in the world . Even as christians , we have racial & cultural differences that should be maintained as ” firewalls ” against the spread of… Read more »

Lophatt — Agreed. This is only a temporary solution to a long term problem. Within 20 years the muslim/islamist will have increased enough in population to take total control. May not be that long. May the Lord have mercy.

Hate to bring this up about the Nazi regime—b/c it is so “passe” today…(geez, what would the study of specific historic topics BE without the old Nazis —they were so bad…such micro and macro topics to study/write about)……but, one of their “world domination tactics was for their “chosen” race to impregnate the women of those whom they wished to “conquer.”
They understood what the migrating populations today know:—-if you replace them or birth them….you will own them……It’s not so hard to do….a 9-month coup……