Paul Joseph Watson reports for InfoWars, Feb. 28, 2017, that Patrick Ragozzine, a student at Cherokee High School in Canton, Georgia (about 45 minutes from Atlanta), received an ISS (in school suspension) for supporting President Trump against students who called Trump a racist.
Ragozzine writes: “I overheard some students bashing Donald Trump, making false claims that he’s a racist, sexist, xenophobic person. The teacher defended the other students and began lecturing me on Trump’s ‘hateful’ rhetoric and how the other students have the right to hold those feelings.”
School officials summoned Ragozzine to a meeting and told him he couldn’t discuss politics in the classroom, and that “it’s wrong to be discussing a wall” in Canton, an area with a large Latino population.
Ragozzine’s punishment was changed to an “administrative referral” or warning after he posted about his in school suspension on Snapchat, and after his parents and friends complained to the school. But Ragozzine points out that the administrative referral “still goes on my permanent record (which colleges will see when I try applying) and they had to call my parents about it.”
The “administrative referral” form states, under “description of offense,” that “Student has been given several warnings about making unnecessary comments about politics or keep saying ‘build the wall'”.

What happened to Patrick Ragozzine isn’t the only Trump Derangement incident in U.S. public schools.
An elementary school teacher in Naples, Florida, was reassigned to administrative duties after praising Trump’s executive order on immigration. Earlier this month, a teacher in Tennessee was fired after posting on his Facebook page: “The only good Trump supporter is a dead Trump supporter.”
See also:

Reblogged this on Debatable News: Mainstream to Tinfoil Hat and more.

If the School Administrators’ treatment of him while exercising his First Amendment Right,(which the OTHERS were ALSO doing) hampers his ability to access the College education he feels he NEEDS,why couldn’t he SUE THEIR SOCKS OFF?

Problem is the kid won’t learn the lesson he should, which is that the problem is tyrannical government and not whether one is pro or against the new puppet Trump.
In a few years, while “serving” as kill or be killed cannon fodder for “Greater Israel,” he may come to understand that the organ grinders select and play the tune the monkey dances to.
An American citizen, not US subject.

Who ties your shoe laces for you Chris?

yep, our children are used to fight israel’s wars….american lives are often used for evil purposes in the guise of ‘patriotism’

Bummer…
I don’t think this young high school aged student has learned to be as cynical as people (perhaps you) who have been around for quite a bit longer, and has seen how the system works. The only lesson he and the others who speak their mind in defense of our constitutionally elected current president, is that his first amendment right to free speech has been infringed upon, while all the Trump bashers rights are seen as sacred. We need many more young men like him in our schools, who are brave enough to speak up.

Got something her can wear on a shirt (Tinker vs. Des Moines that lets kids wear peace symbols and black armbands is on his side): 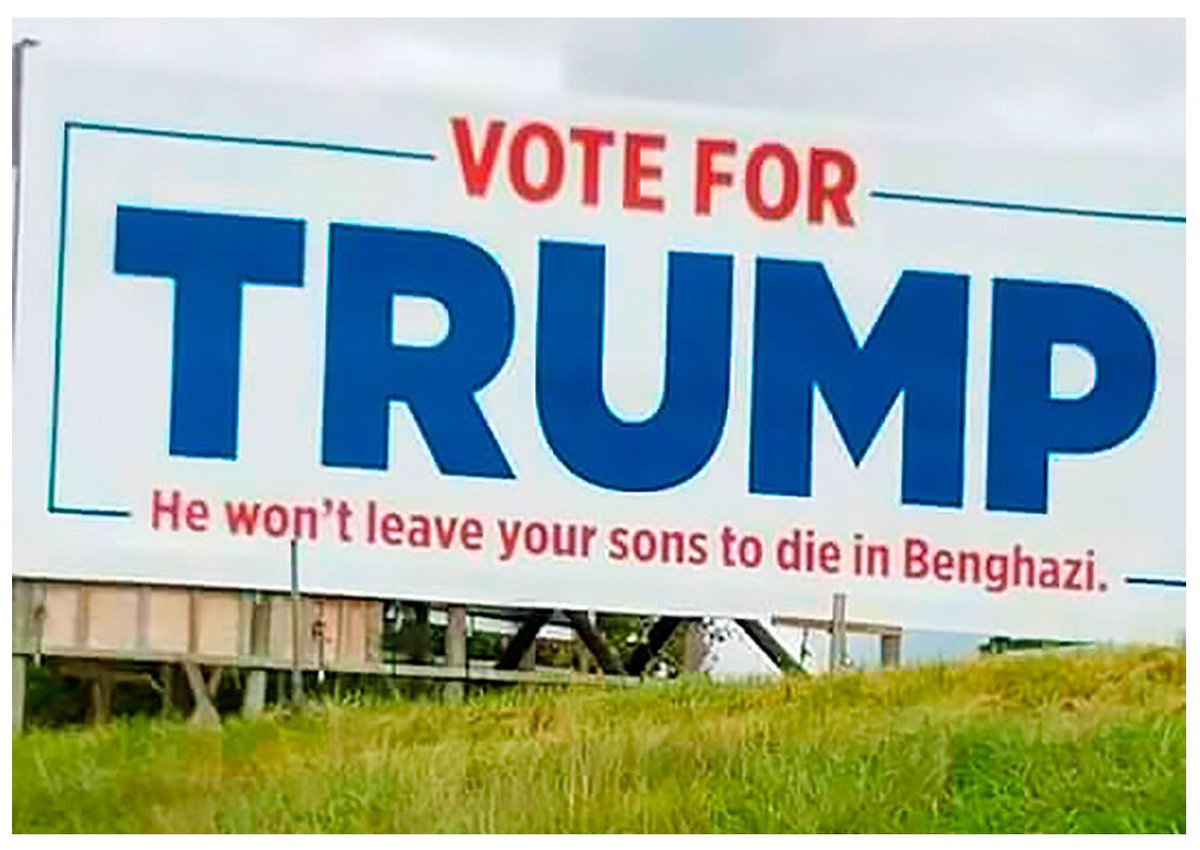 maybe when the “press” actually practices real journalism like presenting both sides, or even a 3rd side, Trump will allow the liars to sit in on the press conferences.

It isn’t about what they say about HIM as much as what they SAY,namely their SLANT of the stories they report,TRUTH be damned.

So where’s the school’s guidelines that define “unnecessary comments” and who set these guidelines? Ridiculous… 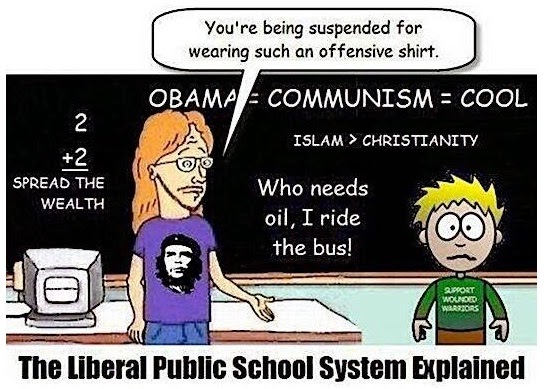 This “teacher” doesn’t even know English verb tense agreement: “Student has been given several warnings about making unnecessary comments about politics or keep saying ‘build the wall’”.
It was also this “teacher”, not the student, who disrupted the classroom. Sickening. Privatize the schools and fire all teachers who don’t produce results!

The student ought to sue the district, especially those individuals responsible for this action. Its the only way to stop this abuse.

Still trying to bully us into silence I see.

Impressive that a high school student is politically literate enough to distinguish the truth from all the lies.

that kid goes to my school, and he wasn’t politely defending trump, he was being rude and wouldn’t stop interrupting class and making rude remarks like “build the wall” at latinos. The kid deserves being written up. He’s a bully

So how do we know you actually “go to” Cherokee High School, since your IP address is anonymized and your email address is fictitious and untraceable?

Regardless, he was expressing exactly what is wanted by the true U.S. citizens of this country.

I’m sure the members of the ‘Party of Peace and Tranquility and Kum-bi-Ya’ had not said 1 mean thing to him, didn’t call him names, marginalize,or demean him, or any other such behavior. (sarc)

Interesting-this is the second instance I’ve seen today where somebody who indicates “skin in the game” has thrown down the BS card,the first being the post on the Veteran lying on the floor at the VA Hospital. One more and it becomes a trend….

It’s such a great thing that we live in a free country as long as it’s convenient.