In December 2018, retired Marine Corps general James Mattis resigned as defense secretary in protest of President Trump’s Syria policy because Trump wanted to pull U.S. troops out of Syria, ISIS having been substantially brought under control.

Since then, Mattis has become a diehard “never Trumper”.

In June 2020, while America was torn asunder by George Floyd BLM riots, looting and burning, with police officers being attacked and killed, Mattis unloaded on President Trump in a searing opinion piece in The Atlantic, accusing him of abusing the powers of his office and of trying to divide the American people.

Now, Mattis is proffering policy recommendations to Joe Biden, treating Biden as the president-elect and ignoring all the many signs of election fraud and irregularities.

In a November 23, 2020 op-ed in Foreign Affairs magazine, Mattis urged Biden to dump Trump’s “America first” national security policy for a more “cooperative” approach with U.S. allies around the globe because, according to turncoat Mattis, “America first” has meant “America alone”.

In January, when President Joe Biden and his national security team begin to reevaluate U.S. foreign policy, we hope they will quickly revise the national security strategy to eliminate ‘America first’ from its contents, restoring in its place the commitment to cooperative security that has served the United States so well for decades.

The best strategy for ensuring safety and prosperity is to buttress American military strength with enhanced civilian tools and a restored network of solid alliances — both necessary to achieving defense in depth.

The United States today is undermining the foundations of an international order manifestly advantageous to U.S. interests, reflecting a basic ignorance of the extent to which both robust alliances and international institutions provide vital strategic depth. [Trump’s policy] has damaged the country’s ability to address problems before they reach U.S. territory and has thus compounded the danger emergent threats pose.

That says it all about Mattis. Obama fired him. I should have fired him sooner. Did best work after he was gone. World’s most overrated general!

Mattis also criticizes Trump for referring to “forever wars” in Iraq and Afghanistan. Mattis insists that the continual presence of U.S. troops and diplomats in Asia, Europe and the Middle East provides “support to friendly governments struggling to exert control over their own territory,” and acts as an “early warning system” about threats which gives the U.S. time to react.

So Jim Mattis wants a U.S. national security policy that does not put America first, but instead puts other countries first? Does that make any sense to you?

Mattis, you’re a disgrace to the United States Marines.

another traitor. looks like we better get ready for revolution 2.0

I got nothing nice to say anymore about this man. Nada. 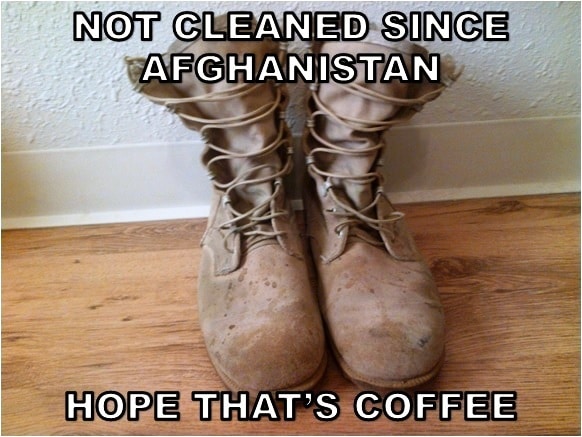 The U.S. at war some where,…any where is their new normal.

“Mad Dog”. Yeah. Trying to remember how they handled that in “Old Yeller”… Oh right, they shot him, put him down, out of his misery. The only bit of his ideology I’d agree with is in keeping US troops in countries like Germany and SKorea to maintain the peace and keep watch for trouble. But NOT in countries where we DON’T have control, where the locals DON’T invest in their own warfare and autonomy, and where they simply CAN’T because they’re too inept or corrupt. And we should not be the ONLY forces helping, and we alone should NOT be… Read more »

I must agree, Mattis is a disgrace to this nation. It is mind-boggling that we have so many traitors among the elite in this country.

I LOVE the vomiting emoji! It’s so appropos… 🙁

What it does is open our eyes to the true colors of this guy. Better we know than that we are fooled.

Why doesn’t this surprise me? If his line of thinking entices an attack on the US by a foreign power,we should name that war after HIM.

Mattis had a good reputation as a Marine Corps General. Unfortunately, he doesn’t seem to be worth a damn as a politician.

My problem with the “forever wars” in Iraq and Afghanistan is that the U.S. didn’t fight them as wars to win. We fought them as diplomatic “police actions.” Finally Trump changed the Rules of Engagement so that our troops could shoot at the enemy without first getting permission from Washington.

There used to be a cure for people like “Mad Dog” and it included a rope.